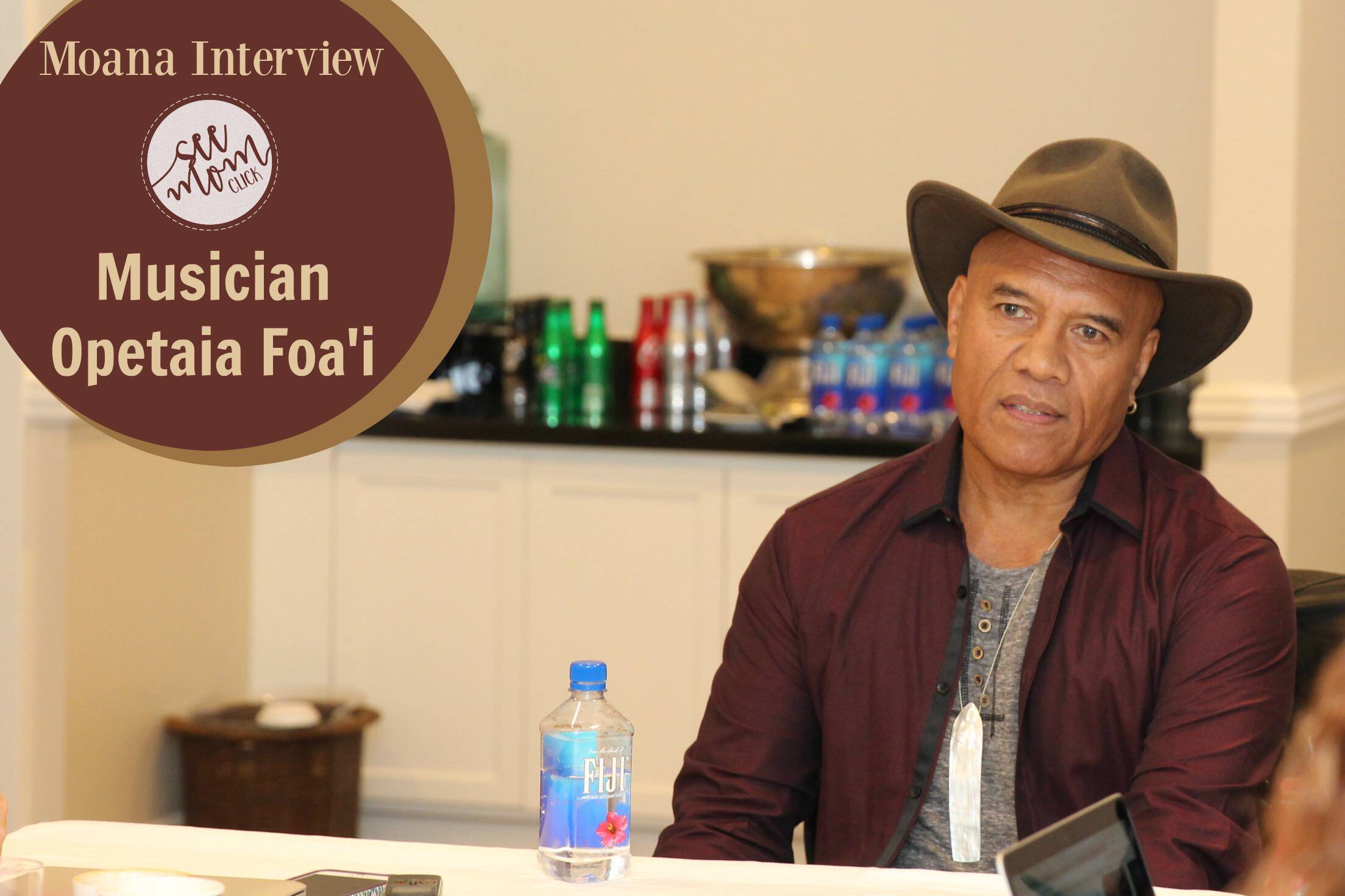 MOANA is a Golden Globe nominee for the Best Animated Feature Film and rightly so. It is AWESOME! Today I’m sharing what was one of my favorite talent interviews ever with musician Opetaia Foa’i who wrote music for the film. He is so talented, and SO humble. He’s just truly thankful to be able to share his culture in this way with everyone. When asked what was next for him, he said he’s just so thrilled to be where he is, he isn’t worried about what’s next. I love his music (you love it too if you’ve been singing ‘We Know The Way’ for the last month!) and I love his passion for his culture. I’ll start there in sharing my favorite pieces of our interview.

His Passion for His Culture

This came through again and again in the interview: Opetaia is so proud of his heritage and so happy to have this huge movie showcase it on the world stage.

The journey that I made coming from a village to this big city, my roots were firmly entrenched. There was no way you could shake it. So this movie for me, as much as I want other cultures to be really interested in what the culture is all about, the biggest buzz for me is for my own people because a lot of them were brought up in the cities.

They say, ‘my father told that I’m connected’ but until you put your feet on that ground… So I’m hoping that this will open the key for them to go, to feel pride and say I’m going to go back and check it out. 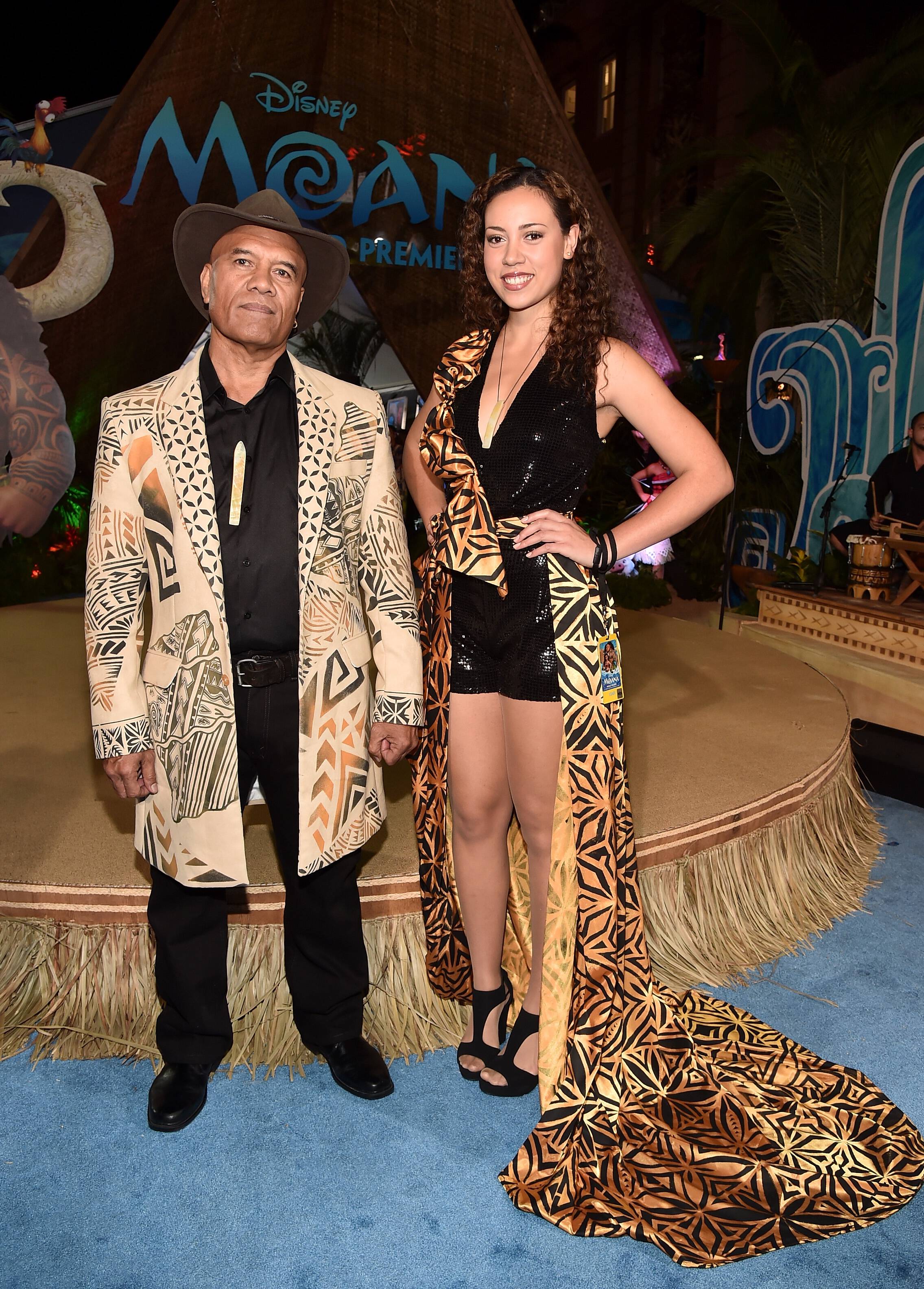 When asked in particular what pieces of his Polynesian culture are most important for him to share, this is what he said:

Chants, lot of drums, and of telling of the stories of ancient Polynesia.  Those are the 3 elements that I always push.

If you’ve seen the movie, you get a lot of ‘Mmmm,’ a lot of chants I tried to put in there.  You hear a lot of drums, percussion, all those key things. That it’s my culture.I’m very proud of it and the ancestors, I think they’ll be happy with this movie. I’m proud of it.

One of the BEST parts of MOANA is the soundtrack. I am totally obsessed. I took my daughter to a Christmas party this weekend and was listening in the car, by myself on the way home. There are just so many great, catchy songs that we find ourselves quoting and singing all day long.

The music is fantastic and the Polynesian culture infused by Oeptaia Foi’a makes it amazing! We Know The Way is one of our favorite feel-good, inspiring songs. Listen to him sing this song he wrote with Lin-Manuel Miranda:

I love this song, love his voice, and love the cultural message that is relayed through the lyrics. Here’s what Opetaia had to say about writing music for Moana with Lin-Manuel:

Before Lin became wicked famous, it was awesome because we had a lot of time. He works very fast and I work very fast too.

It was quite an amazing combination because you’ve got Mark (Mancina) who, of course, is very experienced along that line and you’ve got Lin who’s very good with lyrics and directing.  And there’s me who, I don’t read music but I do write from emotion.

I can grab a scene and I can get emotion out of it very quickly so we found that that combination worked really well.  I’m very childish in the studio and luckily so was Lin and so we had a lot of fun together.

I was born in Samoa in a hut.  Just the hut with no walls, so to find myself here is an incredible journey. My jaw’s been open for quite some time.

I call it an aesthetic heaven, that people can be around the table and they can talk about anything they like and there’s no one running anybody down. It’s incredible. So all that’s new to me. In my culture music is like breathing air.

People say what’s your first instrument, and I said a box or a wooden floor is my favorite.  And it is, you know.  Whenever we get together with Lin or Mark and they say do something with the song.  I always ask for a box, you know, because I believe you can really find the soul there of a tune by just feeling.  And then from there, we expand.

At the MOANA world premiere in Hollywood, just before the movie started, Opetaia Foa’i and his band Tevaka performed on stage. That is him above with his daughter Olivia. When you watch the movie, it’s her voice singing in the opening Disney castle sequence! I was sitting really close to the front of the theater and recorded some of their performance:

This was so amazing to see in person! The pride in their culture really hits you in their performance, doesn’t it? Amazing.

His Reaction to Seeing The Finished Product

We asked Opetaia what he thought when he finally saw the finished product, his music put together with the animation, voices, and story.

Beautiful. The animation, the story, everything was just incredible. I could say this daringly.  My ancestors would be proud of this movie.

The first track that I wrote was “We Know the Way”,  and I wrote that as soon as 2015 when (Directors) John and Ron explained what they wanted and of course voyaging is my thing.  He was so excited at what I wrote and then we got together Lin and Mark and we were getting all the lyrics together.  Smoke coming out of us.  And they come out with those beautiful lyrics and just slaughtered it.

And then we knew something was special about this.