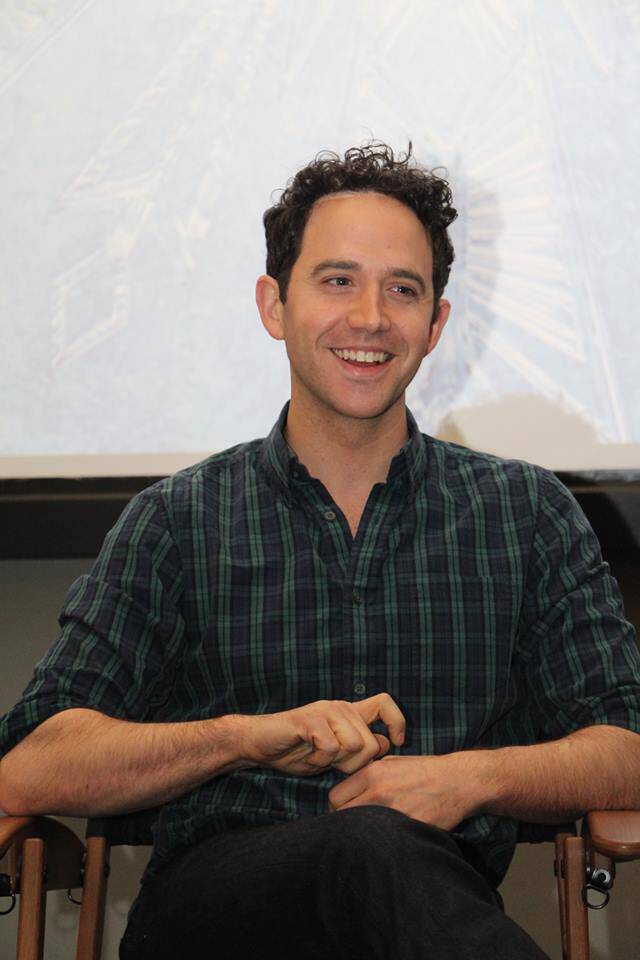 So who’s taken their kids to the theater to see Disney Frozen by now?  Me, me!  My whole family loved it and they actually want to see it again!  As part of the #DisneyFrozenEvent I had the opportunity to sit down with Santino Fontana, the voice of Hans in the film.  If you’ve seen the movie, read on! If you haven’t be forewarned. I’m going to do by best not to ruin the fun for you but…

I think it’s safest to issue a SPOILER ALERT!!! 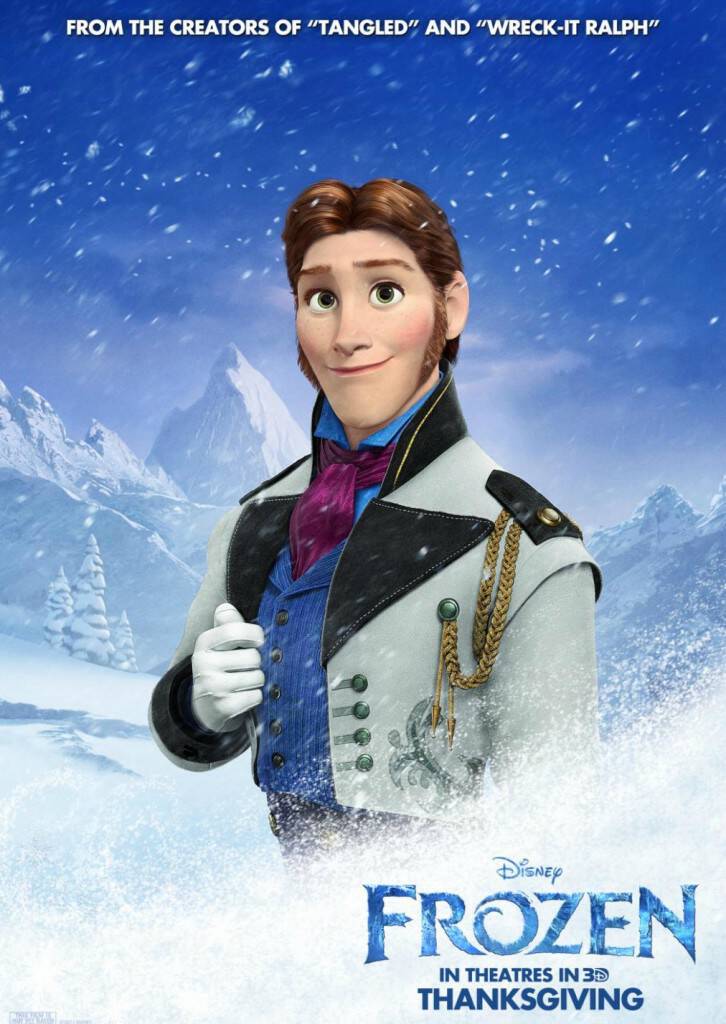 Santino voices the dashing Prince Hans in the movie and courts Anna in no time flat.  In the movie Hans plays such a pivotal role, really changing the whole course of events and I completely didn’t see it coming. But that’s as much as you’re going to get from me. I can’t tell you what happens because the moment you figure it out is one of the best moments of the movie.  Having seen Frozen at the premiere before chatting with Santino, the bloggers had a lot of good questions for him! 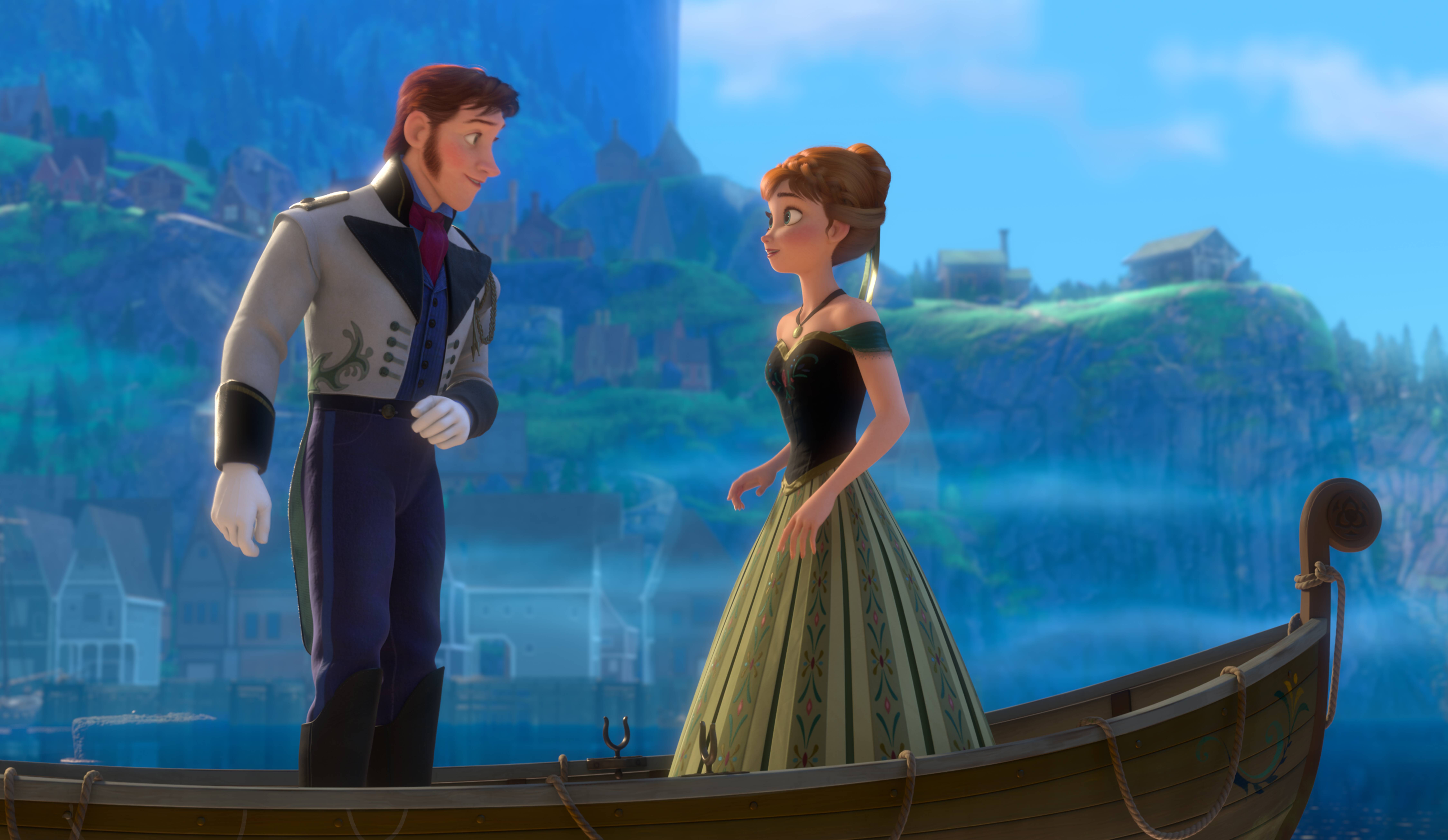 Santino said that he knew from the beginning that his character was going to be involved in a big plot twist but they deliberately made sure that that’s not revealed before it happens.  The filmmakers’ goal is to have the audience in the position of the protagonist, Anna in this movie, so everything should be seen through her eyes.  And Anna didn’t know it was coming until it hit her when it hit the rest of us, too!  So how did Santino, knowing what was coming, keep the innuendos of things to come out of his voice?  Great writing!

“It’s so great to be an actor and feel like you’ve been taken care of by what’s on the page. It’s all in the writing.”  Santino Fontana, voice of Hans in Disney Frozen

On the halls in the Disney Animation Studios you’ll find all kinds of beautiful artwork featuring the characters in Disney Frozen.

Do you think Santino looks at all like his character Hans?  Well they’re both definitely handsome.  And I can tell you that his kind and funny personality shine through just as much as his good looks!  He was very charming to chat with.  So we asked him if he thinks he is anything like his character, Hans.  Santino told us that although bits of his personality can be seen in Hans, for the most part they’re very different.  Good to know!

Something else our group, pictured above with Santino nestled in the middle, learned about him is how he got started in acting.  He was just a young boy, only in preschool, when he forced his family to do a Thanksgiving play in their garage.  And who did Santino play? The turkey, of course! He’s always enjoyed telling a story and developed a love of acting at an early age.  Aladdin was a favorite Disney movie when he was growing up, too!

Here’s the amazing talent behind Disney Frozen. The Directors and Producer that I met with along with the voice cast are pictured attending the World Premiere of the movie!  I find it interesting that Santino is the second actor that has told us their favorite scene in the movie didn’t include them. Kristen Bell said the same thing.  Santino’s favorite part is Josh’s (Olaf’s) dream sequence.  Oh, I feel another song coming on. Go hide, kids!

Santino is pictured here with John Lasseter, Executive Producer.  What an amazing movie they made together!  You can find Santino in ‘Cinderella’ on Broadway right now, or you can go see him as Hans in Frozen and find out what that plot twist is all about!

Santino told us that the first time he saw the movie was with the cast, a surreal moment.  I’ll leave you with this quote from him:

“I think we all realize we’re part of something that will be around for a very long time. And we’re all really proud.”  Santino Fontana, Voice of Hans in Disney Frozen

Disney Frozen is in theaters NOW!