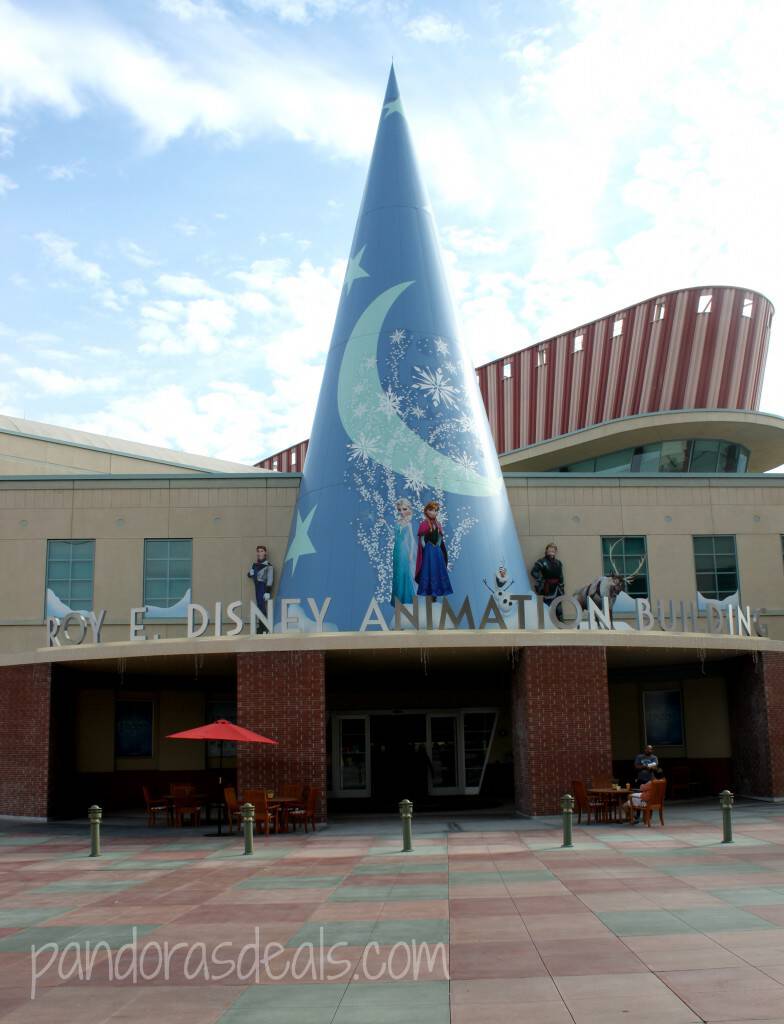 If you want a dream place to work, go to Disney Animation Studios and see if they’re hiring.  Our Press Day for the #DisneyFrozenEvent was held here and it looks to me like the most magical place to work you can imagine.  It’s clear that everyone works really hard and is exceedingly talented.  But what a FUN atmosphere!

The first thing you notice when you walk in the doors is the amazing artwork from Disney Frozen.  Right now everything is Frozen, Frozen, everywhere!

All of these character boards are so cool.  It gives you some insight into how they bring each of them from a drawing to the big screen. There’s creative inspiration everywhere!

One of my favorite pieces is this series of Olaf drawings.  I want that in my house!  He’s the most charming snowman you’ll ever meet.  (Movie comes out tomorrow!)

Elsa seems to be showing the way to the Disney Frozen Press Day so off we went, a group of 25 bloggers to get some behind-the-scenes looks at the making of this absolutely stunning movie!

There’s my Press Day Pass!  I was lucky enough to be on Team Anna. Love that girl!  Did you see my interview with Kristen Bell? She’s such a sweetheart and is the perfect choice to voice Anna.

Our group sat down to interview the brilliant Disney Frozen Filmmakers: Disney veteran Director Chris Buck (“Tarzan”) and first-time Director Jennifer Lee (co-writer, “Wreck-It Ralph”) and longtime Disney Producer Peter Del Vecho (“The Princess & the Frog”, “Winnie the Pooh”).  They are such a great group, so friendly and excited about sharing Frozen with us.  We had seen them the night before at the White Carpet Premiere looking fabulous!

We learned so much from Chris, Jennifer, and Peter.  Here are the highlights and things I found most interesting:

The movie was pitched by Chris Buck 5 years ago and was only in production for two-and-a-half years which is a very short time frame for a movie like this. I remember when we talked to the Disney Planes filmmakers and they said it took 4 years to make that movie, so this does sound pretty quick!

They had a ‘sister caucus’ to do research on the relationships between sisters to develop Anna and Elsa’s characters.  And when you ask women to talk about their sisters, they talk!  Jennifer told us they had plenty of information after that get together, the good and the bad!  Probably the ugly, too.   😉

All the ice in the  movie was really hard to animate.  They have to go back and put imperfections in it to make it look realistic.  To research how ice really looks they went to an ice hotel in Quebec City and observed how it looks when sunlight shines through at different times of day.

They sent men in skirts and corsets out into the snow in the name of research. No really! They did!  I love hearing about the research that goes into these movies.  Anna tredges through the deep snow in a dress during parts of the movie.  To know what that felt and looked like, Disney sent a team to Cheyenne, Wyoming to walk through deep snow dressed like she dresses in a long skirt…even the men!

“She’s an ordinary girl that’s got  love as her only super power.”  Jennifer Lee, Director on Anna

They brought a real reindeer in research Sven.  The reindeer they brought in was named Sage and it must have been molting season when she came because she showed up with one antler and by the time she left the other one had also fallen off!  Did you know reindeer pant and scratch and act a lot like dogs? No wonder Sven is so lovable in the movie.  Jennifer asked the handler, “Is she as smart as a cow?” And the handler replied, “Almost.”  ha!

How did they determine the names of the characters in Frozen?  An Internet search of Norwegian baby names!  See that? Even Disney geniuses use Google. Anna was originally Anika.  I like her as Anna better.  And some smart person on the Internet (don’t you love the Internet?!) discovered that when you string together Hans Kristoff Anna Sven it sounds a lot like Hans Christian Andersen. How cool is that?! Not intentional, but still cool.

There were probably 20 songs written for the movie.  They didn’t all propel the story forward so they didn’t all make it in.  But the ones that did are absolutely fantastic! Seriously, I’m addicted to the Frozen Soundtrack.

After our awesome interview with the Directors we got the chance to learn more about how the characters are animated.  That began with a trip to the Rigging Lab.  I was totally unfamiliar with what rigging means, but it’s really cool and they even let us try it ourselves.  Rigging basically means fine tuning all the little things that make the characters ‘real’.  That includes hair and cloth, so the way Elsa’s hair moves (she has a crazy amount of hair – 419,000 pieces compared to Rapunzel’s 27,000) and the way the box pleats on Anna’s skirt moves when she swings around.

Now here’s the fun part! They set up the computers so we could rig Olaf.  This shot is pieced together but they have 2 monitors side-by-side and you click on a feature on the right monitor, say the nose, and then go back to the left monitor and you can move it around.  Watch the video below to see how it’s done!

It’s so cool, right?  We really had a lot of fun in the Rigging Lab!

Our last stop on the tour was to meet with the lead Animators that worked on the movie.  From left to right above: Lino DiSalvo, Head of Animation; Wayne Unten, Animation Supervisor for Elsa; and Becky Bresee, Animation Supervisor for Anna.  Instead of showing us on computers how they animate characters they talked to us more about their process, which was SO interesting! Here are some of the highlights:

Great acting is great animation.  They use acting coaches to get what they call ‘truth in emotion,’ so the faces on the animated characters look like we’d look if we were feeling the same things they’re feeling in a particular scene.

Truth in materials is really important.  Olaf has sticks for arms and sticks don’t bend, so Olaf’s arms don’t bend.  There’s only one place in the movie where they bend. Go see it this weekend and them come tell me if you found it!

The animators act out the scenes they animate…but usually in private!  I loved that they shared this with us.  Wayne who worked on Elsa told us that he came in late one night and turned the music way up, acted out her “Let It Go” scene and fine tuned the animation.  Becky even showed us a recording of herself in front of her computer acting out one of Anna’s scenes.  So interesting to hear about and I can definitely see how acting out the scenes helps them get their characters just right.

The believability is in the subtleties. When the animators are acting these scenes out and sharing them with each other for feedback, what makes the characters most believable are the smallest things such as hand movements, brows, lip movements, tilt of the head and just little details. If you watch for those things you’ll notice them too!

When you see Frozen on the screen it’s so perfect, you can’t imagine the work that goes into making it all come together.  It’s so interesting to learn the whole process and meet some amazing talent behind the film.  I hope you’ve enjoyed this glimpse too!  All that’s left to do is go see the movie!  Disney Frozen comes out on Wednesday November 27, the day before Thanksgiving!  I can’t wait to take my kids. See you soon, Olaf!