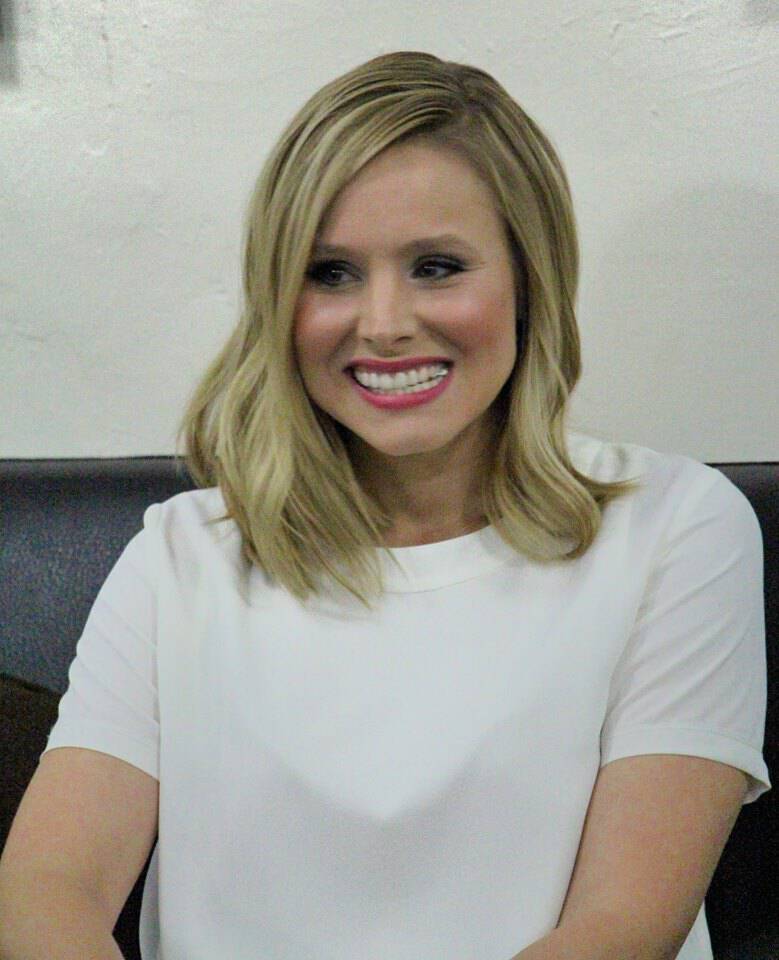 Disney Frozen hits theaters in just a few days! I can’t wait to take my kids and I’m so excited for all of you to see it. One of the highlights of the night I attended the Disney Frozen World Premiere was interviewing Kristen Bell, the voice of Anna, just before the movie started.  This girl is an absolute doll and so fun to chat with!  Kristen is so sweet and kind, funny, and very well-spoken. She’s a smart cookie and she absolutely nails her role as Anna.  That girl can sing like an angel! 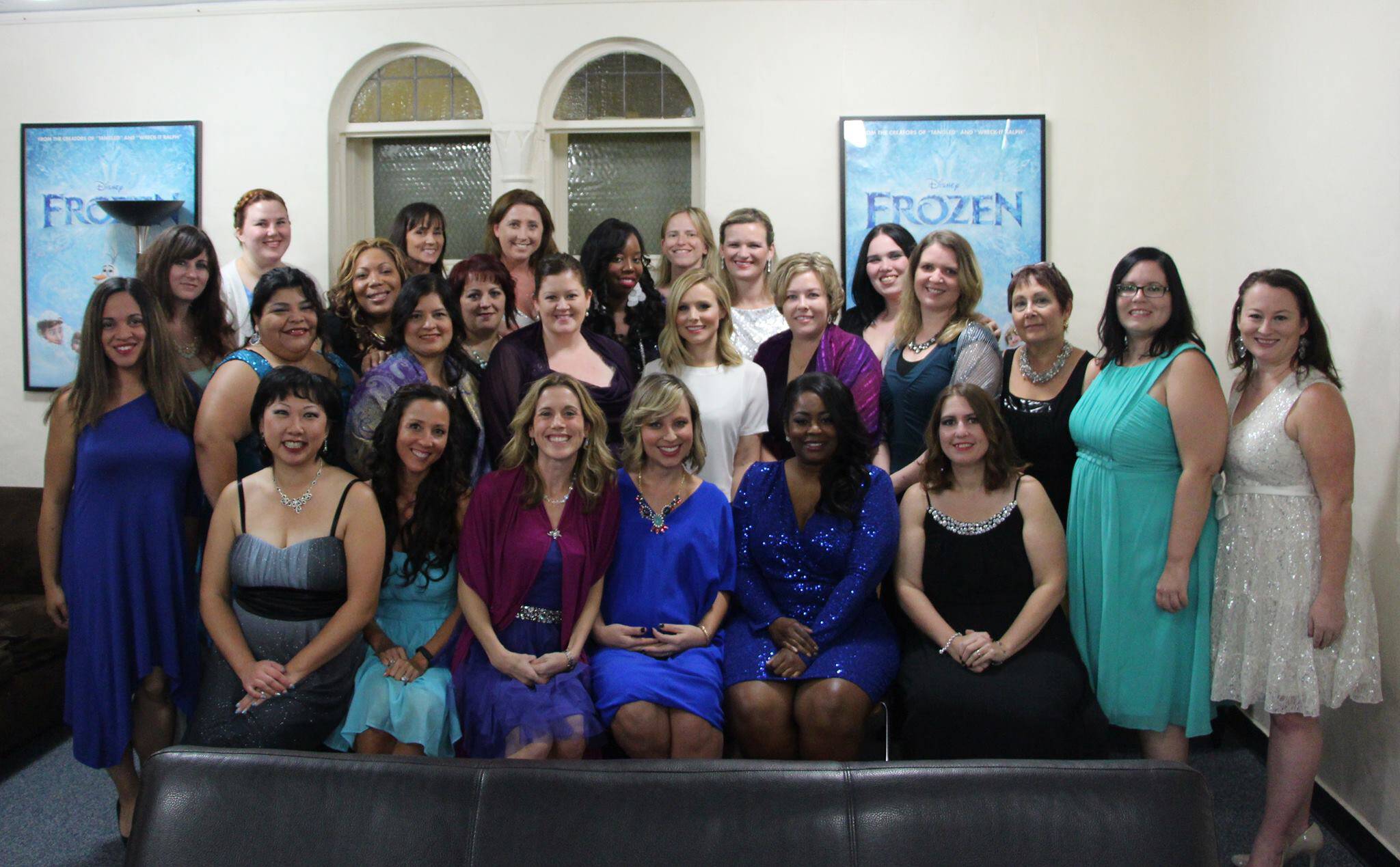 Here’s the whole group of #DisneyFrozenEvent bloggers with Kristen!  I got to stand right next to her.  *SQUEE*  We learned a lot about Kristen and playing the role of Anna. Here are the highlights:

Kristen has wanted to be in a Disney animated feature almost her whole life.  She says that’s one of the earliest goals she set for herself and actually got involved in Frozen after auditioning for the role of Rapunzel.

Music makes her happy.  Kristen has a voice like a bell. Seriously, I can’t wait for you to all hear the amazing music in the movie.  Get the soundtrack, too! I’ve been listening non-stop.  She told us that music makes her happy and she’s professionally trained since she was a little girl.  It shows through, and the fact that Frozen is a musical is what drew her to the role to begin with. 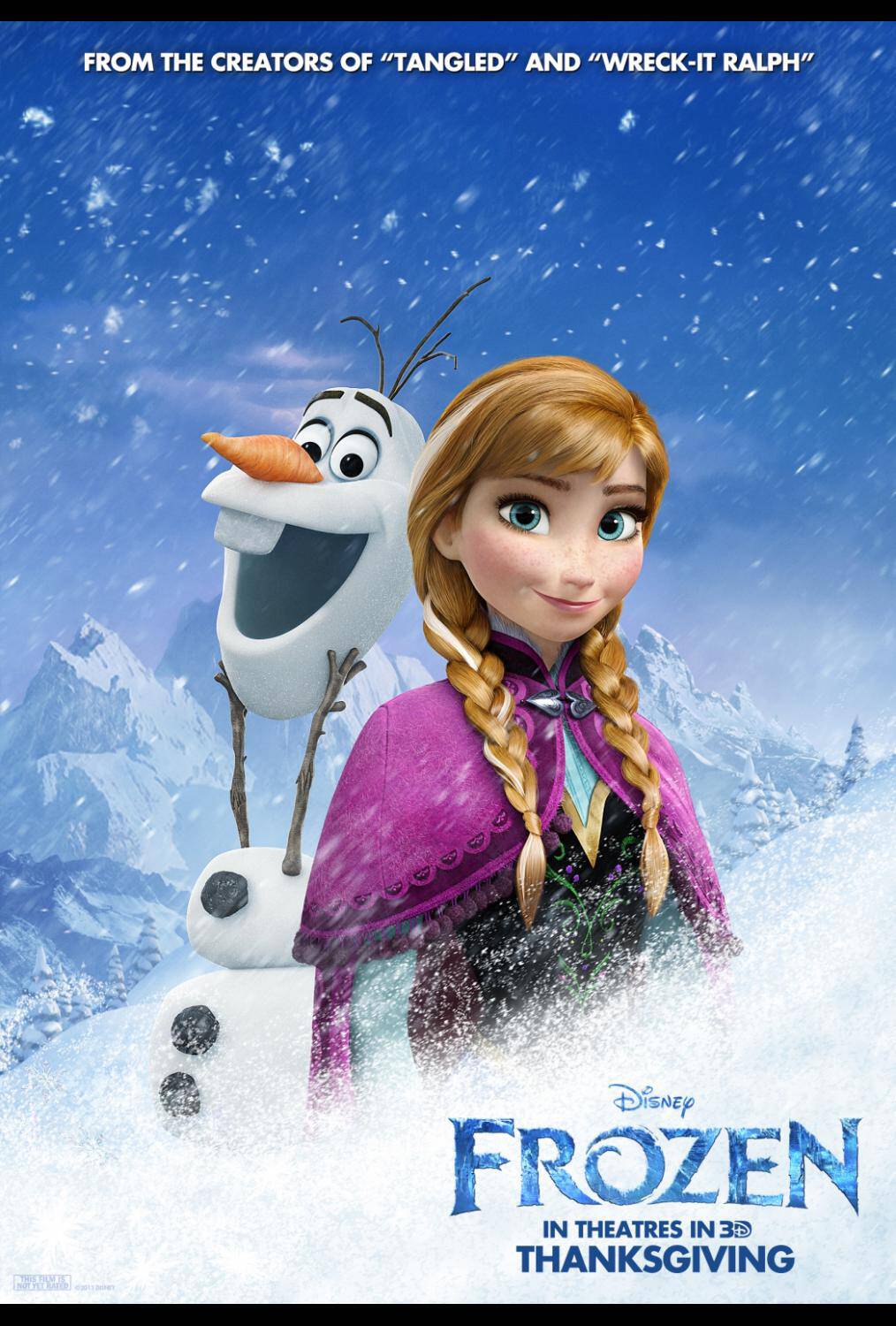 Kristen had a big hand in developing the character that Anna became.  She came in with a lot of ideas, ideas that she didn’t want Anna to be either a damsel in distress nor a girl wielding a sword.  She wanted her to be funny, and a bit quirky and someone who likes people.  “In my eyes, the beauty of Anna is that she’s so imperfect and so embraces all of her imperfections.”

Her favorite scene in the movie doesn’t have Anna in it.  I have to say, her favorite scene is also my favorite scene.  Elsa sings the song, “Let It Go”, sung by Idina Menzel and it is absolutely incredible. I’ve listened to it over and over again.  As Kristen said, she’s a powerhouse!   This is the part of the movie where Elsa starts to learn to not let her fear paralyze her, which is really the overriding theme of the film.

Kristen sings her Frozen songs to her little girl.  How cute!  And what a lucky little girl to have a mom with a voice like that.  She’s a little too young to enjoy the movie but Kristen says she seems to like the songs.  Well, of course she does.

Before we wrapped up our interview Kristen told us about a great company that she supports and the good they’re doing.  This Bar Saves Lives makes these delicious snack bars that she described as the ‘Toms shoes but for food.”  For every bar that’s purchased, a life-saving nutritional packet is donated to a child in need.  The packets are the same things that Unicef and Save the Children use and to date they’ve saved a couple thousand lives already.

She gave us some samples to try and I brought home the Madagascar Vanilla Almond and Honey bar and shared it with my kids.  They didn’t let me have too much of it! They both really loved it and it’s a healthy snack.  Right now you can only buy This Bar Saves Lives bars on their website and in some select personal spas and restaurants. They are pushing to be stocked in a national retailer so keep your eyes peeled. In the meantime, shop here! These are really delicious and serve a worthwhile cause.

After our interview Kristen hit the red carpet (which was actually white!). Here she is with Jonathan Groff, the voice of Kristoff in the movie.  She looks lovely, doesn’t she?

And here’s Kristen with Executive Producer John Lasseter.  What a brilliant movie they made together!  I can’t wait for you all to see it and hear what you think! I already feel like we’re going to need to go see it more than once!