Disney Planes comes out in theaters on August 9!

Is everyone getting excited for Disney Planes?  I am! The movie releases in just a couple of weeks, on August 9th.  My kids cannot wait to go see it and I can’t wait to take them.  I got to screen the movie when I was in Hollywood for the #DisneyPlanesEvent and learned so much about the amazing work and talent that goes into a film like this. Check out my posts on the animation and story artists and really, don’t miss my voice over story.  That one was SO fun! 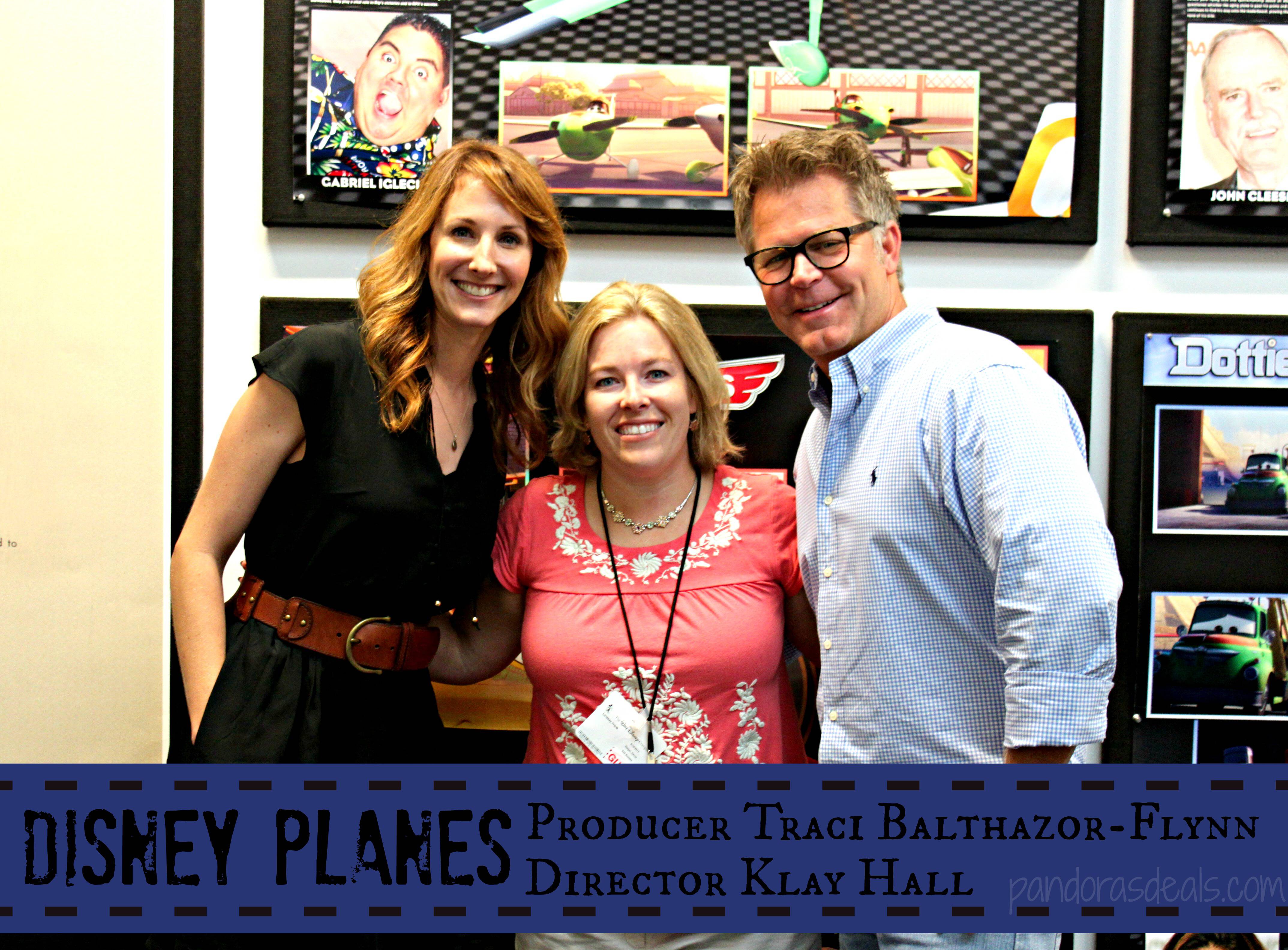 Before we learned more about how the movie was made, we got to watch it.  And introducing us to the film was none other than the Director Klay Hall and Producer Traci Balthazor-Flynn.  Not every day that the Director and Producer are there at the movies with you, is it?  I thought that was pretty cool, especially when they told us that except for possibly a few very minor tweaks to come, we were the first audience to see the final picture! AWESOME!

“If there’s one thing I like more than trains, it’s planes.”  Klay Hall

Klay Hall’s dad was a pilot and they used to watch planes in the skies together and Klay would draw them.  So the making of Planes is like the perfect storm for him, a marriage of his two loves: planes and drawing.  Now that’s pretty awesome when something like that happens in your life.  So what’s the mention of trains all about?  Well after Cars the idea of a movie about trains was tossed around, but pushed to the side for them to work on Planes. (Fingers crossed there’s a Trains in our future!)

Disney movies are so much fun  to watch on the screen, you don’t realize all the work that goes into making them. Disney Planes was 4 years in the making, and not only is there an army of talent bringing the film to life, but there’s a ton of  research required to make it happen.  One of the things we heard from the Story Artist is this concept of ‘truth in materials.’  That means if a plane’s wings don’t bend and wave in real life, they don’t do it in the movie either.  Everything needs to be true to life which makes it challenging to convey emotion but boy, they nailed it in this movie!

So what kind of research goes into a movie like this?

Klay and Traci brought in two Navy commanders to screen the pieces of the movie that involved the military (I can’t give too much away but you’ll know what I mean when you see the film!).  They were so on-board with helping Disney make a true-to-life movie that they actually took Klay and Traci out to an aircraft carrier where they spent 2 days.  Now that’s some serious research and that was just for a few small pieces of the movie.  They had to do TONS of extensive research and digging to make sure Planes was as believable as it can be, you know if Planes could talk of course!   😉   They talked to military pilots, crop dusters, hot air balloon pilots, anyone and everyone they could learn from.

“There’s room for discovery at every level.”
Traci Balthazor-Flynn

Each contributor to Planes seems to have raised the bar to another level.  It’s truly amazing how all this talent comes together to create a movie that will bring so many people so much joy!

I can’t wait to tell you more about what we learned about the making of Planes. Be sure to stay tuned! My  movie review will be coming SOON! In the meantime, you can catch a another sneak peek of the movie here, and see the entire line up of stars that are part of the voice cast, too!  Check out the Disney Planes website for more Planes fun, and keep up with all the latest Planes news by following on Facebook and Twitter!