Disney’s Planes is coming out in theaters August 9! 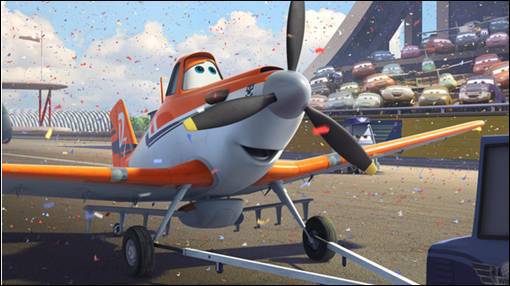 The final countdown can begin!  Have you seen the ads on TV? My  kids are so excited and so am I.  I was fortunate to be able to screen the movie at the Disney Planes Event in Hollywood last month and got to see all the behind-the-scenes goings on that make a movie like this what it is: AWESOME!  Seriously, you’re going to love it.  Check out my posts on the animation and story artists, too.  So cool.  But I have to tell you, learning about the voice casting and recording might have been my favorite because I got to do it myself!  Move over Teri Hatcher!  Well, don’t actually.   😉 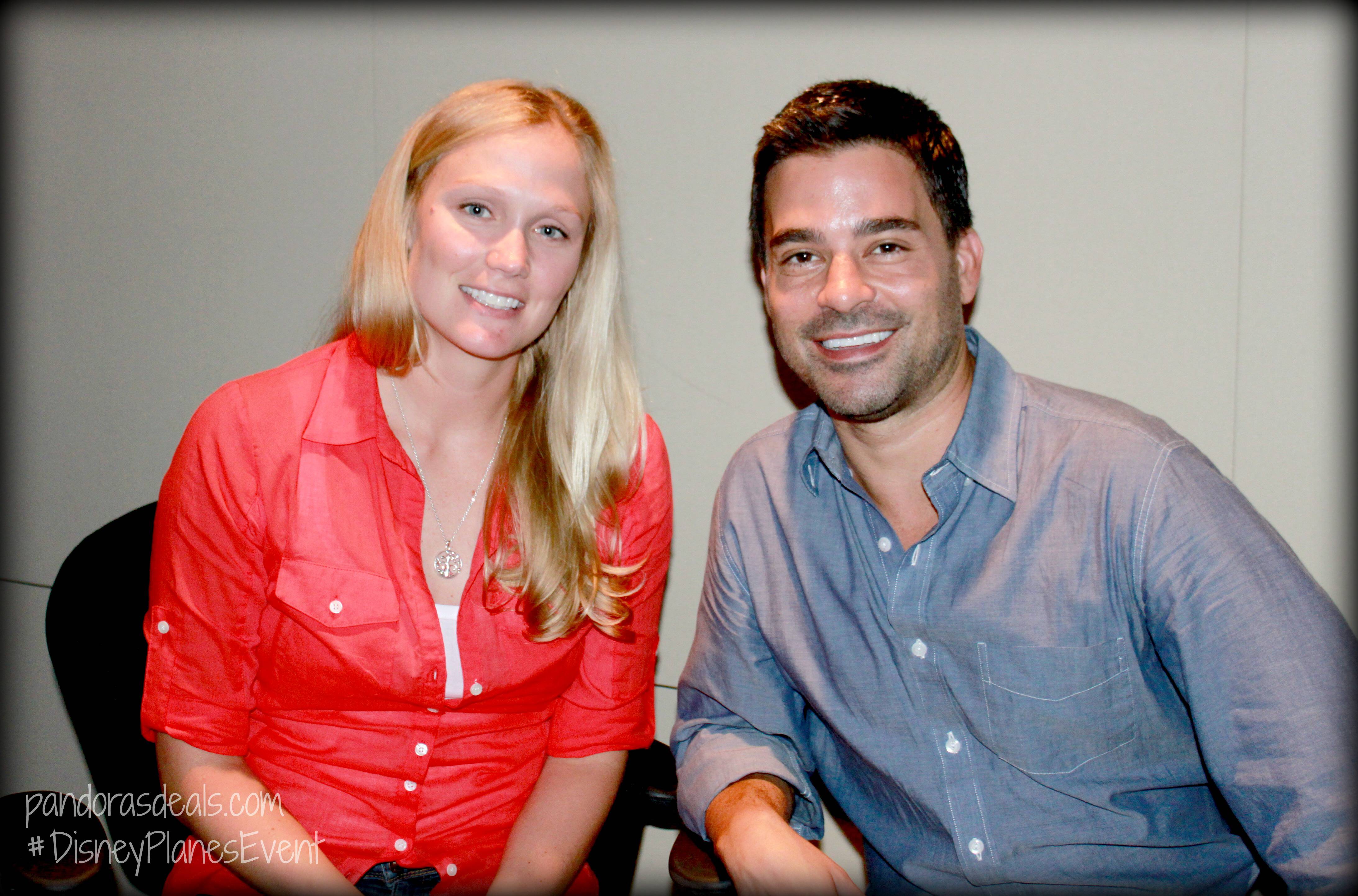 Jason Henkel is the Casting Director at Disney Toon Studios and has been there for 13 years. He started in music and moved to casting about 7 years ago.  Besides being a super nice guy, he was so interesting to chat with about this process!  And really what stood out to me about him and his team, Heather Henry Parker on the left and George Thompson the Sound Engineer (not pictured) was how at ease they make you feel about it.  I suppose that a seasoned actor or actress might not have sweaty palms about going into a recording booth but I assure you that I did, as did most of my fellow bloggers!  But they made it fun and exciting and actually pretty easy.

Okay, now you have to watch and see how I sound as Dottie who is voiced by Teri Hatcher in the movie!

What do you think?!  Omigosh, it was so much fun to do this and even cooler to hear it back!  My husband and kids were pretty impressed.  Yeah, I’m like a star now basically…or whatever.    ha!

So how did this all come together?

It’s a pretty neat process!  When the script for a movie is done a table read is set up. This is a group of professional actors sitting around a table that read the script as if they were the voices of the characters. That help the casting crew to think about how each part sounds and who would be perfect for each role.  For the movie Planes this was really fun because there are a lot of international characters so they had a range of voices to look for.  Something that I didn’t know is that not all the actors come together to record the scenes at the same time.  In fact, in most cases each actor comes in alone and records just their parts, and recording can take place all over the world! Isn’t that something? They put the whole movie together seamlessly and sometimes these actors have never even been in the same room together throughout the making of the movie!  Take me, for example.  I had to record my part all by myself. But I’m a pro, so it was no biggie.   (*insert heavy sarcasm*)

Did I look as nervous as I felt?

This video is a head shot only but I was standing in a recording booth, which was actually pretty big, and I was looking through a glass wall where Jason and George were talking in my ear through the headphones giving me some cues.  There was a video screen in front of me, too, with some beeps and lines on it showing me when to start talking and when my part was done.  That’s a little hard to explain in text without being able to show you, but what I’m trying to get across is that they have a whole process that makes it really easy for the actor to know what to say and when!  Not that I’m going to be applying for any voice jobs anytime soon….  As you know there are a lot of stand up comedians in Disney movies and they ad lib a lot and often add a lot of great character development.  Me? I was sticking to my lines!

I hope you can tell in the videos how much fun it was to do this.  The entire event was an amazing experience, not only because it was just FUN, but also it was so educational. I had no idea all of the talent and work that go into the production of an animated film. That makes it so much more special when you see it on the big screen. I hope seeing my posts makes is more special for you, too!

I can’t wait to tell you more about what we learned about the making of Planes. Be sure to stay tuned! In the meantime, you can catch a another sneak peek of the movie here, and see the entire line up of stars that are part of the voice cast, too!  Check out the Disney Planes website for more Planes fun, and keep up with all the latest Planes news by following on Facebook and Twitter!

I might have a career as a voice actress in #DisneyPlanes…but probably not. http://t.co/k0ylNWia9v #DisneyPlanesEvent In theaters Aug 9!