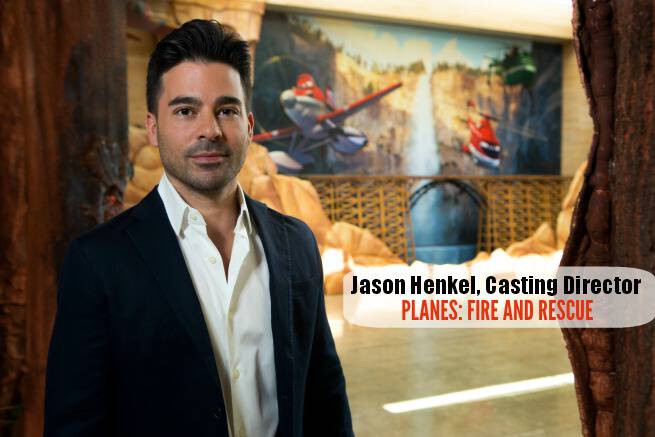 As part of the #FireAndRescue event I attended at Disneytoon Studios I got the chance to be the voice of Dipper, played by Julie Bowen.  SO much fun! Jason Henkel is the Casting Director at Disneytoon Studios and I met him for the first time last summer when I did this voice over for the first PLANES movie.  He’s awesome and a great cheerleader when you’re in the booth.  Jason explained that all the recording for this movie is done on site in this booth…the same one I was in!  Sometimes Director Bobs Gannaway is also in the booth working with the voice actors. He’s very involved with the whole process.  Recording is done beforehand, and then they animate the film to the voices. 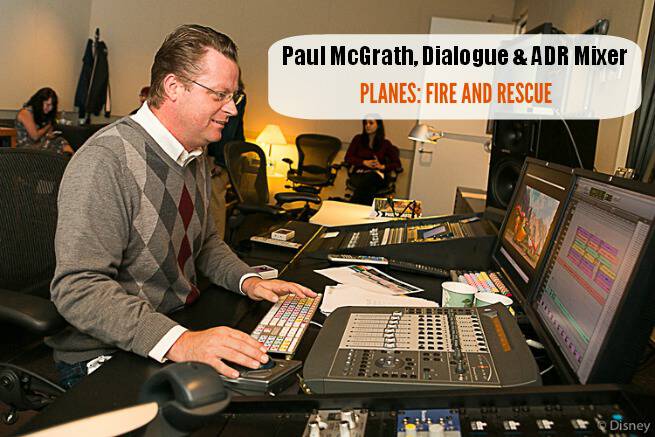 This is Paul McGrath, Dialogue and ADR Mixer. ADR, if you didn’t know (and I didn’t either), stands for Automated Dialogue Replacement.  So he can amazingly match your voice to the animation, speed you up, slow you down, and anything in between. He’s super skilled. This is a really cool job!  Paul told us that ADR is needed when the recordings don’t work and need to be reworked, which happens for about 10-12% of the movie. 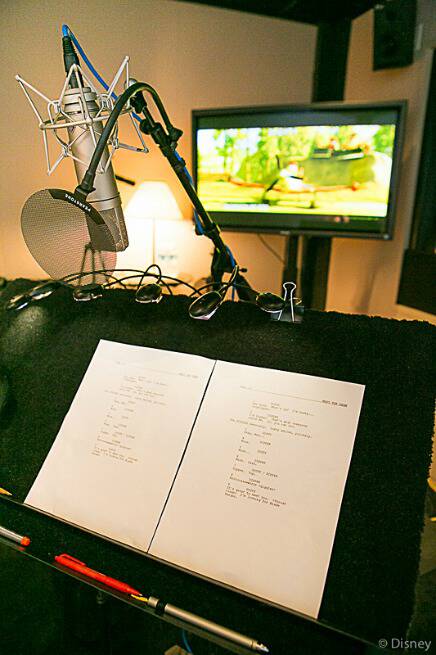 Each of us had to stand here with in the recording booth and say our lines in to the microphone. No pressure. Actually, they are so good, so nice about it, and somehow they made us sound great in the end even though I assure you Julie Bowen has not one thing to worry about as far as me stealing voice work from her.

So I got in the booth, pretty nervous despite having done this twice before, once for PLANES and once for FROZEN.  It never gets easier! It doesn’t for me anyway. I am not exactly in love with my own voice. But whatever, it is totally FUN!  This particular scene we did can take an hour for Julie to record. I did it in like 2 minutes.

So while I was in the booth, Jason and Paul (and all my fellow bloggers) were in the room with the screen I was on watching me record. I can hear Paul talking to me and telling me which line to say next through the headphones.  Whew. Deep breath.  Here’s how I did:

I think we were a little short on time so Paul just had me do one line at a time. In the past when I’ve done this you play out the whole scene as it is written.  But it was actually really easy to do it this way since Dipper’s lines were pretty short.  Check out how the whole thing came together!

My Voice Over As Dipper from PLANES: FIRE AND RESCUE

Pretty good, right?!  Go ahead, try to growl like Dipper! I love her character and next week I’ll share with you what Julie Bowen had to say about her role. She’s a ball of energy!