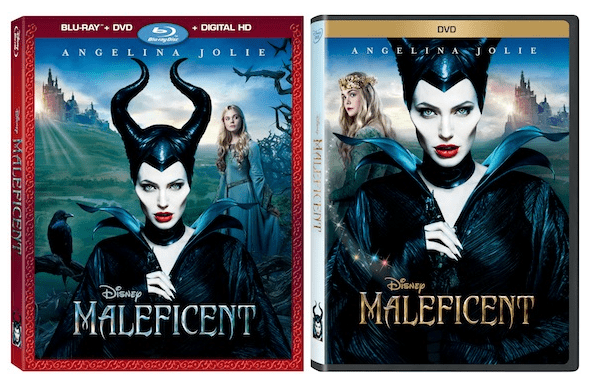 It’s just about here! MALEFICENT on Blu-Ray will release on November 4 (that’s tomorrow!) and you can grab it to have for your home collection. This movie is soooo good. Definitely one I want to watch more than once and my whole family loves it, too. You can read my complete MALEFICENT review here.

MALEFICENT on Blu-Ray and DVD is available to order now and making it even more enticing to own are all of the awesome bonus features on the Blu-Ray. I have a look for you in some of the clips below. And remember this is just a taste of what you’ll find on the Blu-Ray!

…on Facebook, Twitter, and Pinterest. There is so much great film info including character posters, filmmaker bios, and fun games on the MALEFICENT website and I have TONS of insider info including interviews with the cast (yup, even Angelina!) and Director in these posts.

MALEFICENT on Blu-Ray and DVD will be out in stores everywhere on November 4.

#MALEFICENT releases on Blu-Ray tomorrow, 11/4! Here’s a look at some of the bonus clips! http://t.co/7KnzOUFKrc #DisneyInHomeEvent