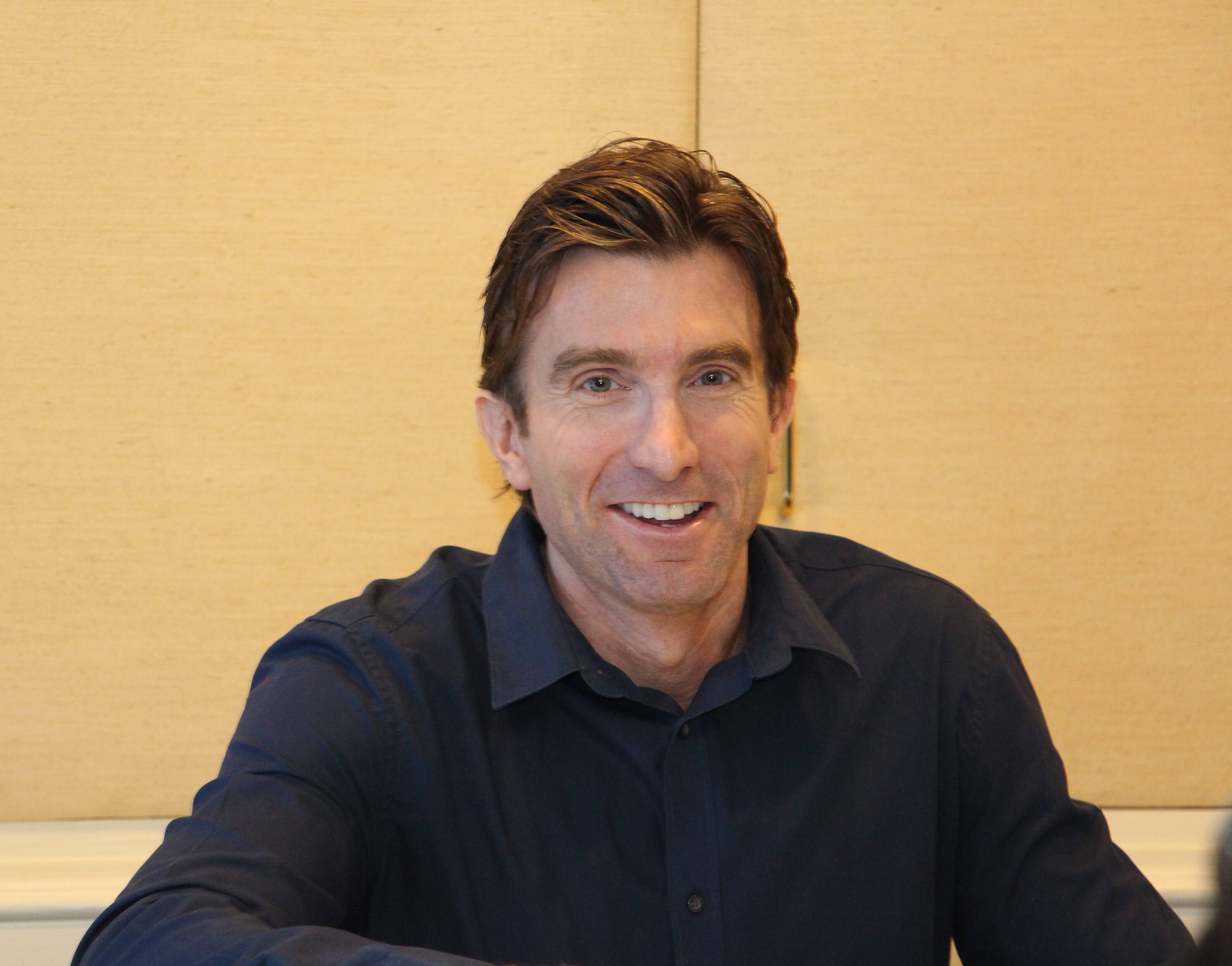 I’ve got more exclusive MALEFICENT info for you today! In addition to interviewing Angelina Jolie and Elle Fanning I had the opportunity to chat with Sharlto Copley who plays King Stefan in the film.  You may recognize him from his roles in DISTRICT 9, ELYSIUM, and THE A-TEAM. He is so fantastic, such a cool and friendly guy….not to mention easy on the eyes.  Just sayin’.  And this is a tricky interview for me to tell you about because I just can’t bring myself to spoil any part of the movie for you.

In the animated Sleeping Beauty, the king, Aurora’s father,  plays a background role at best. But in MALEFICENT, he is a main character and his actions set the course for the whole film.  But it was such a surprise to me, the story of King Stefan and Maleficent, that I can’t ruin that surprise for you.  So here’s what I can share about my interview with him, and after the movie has been out for a while maybe I’ll come back and spill a few more beans. 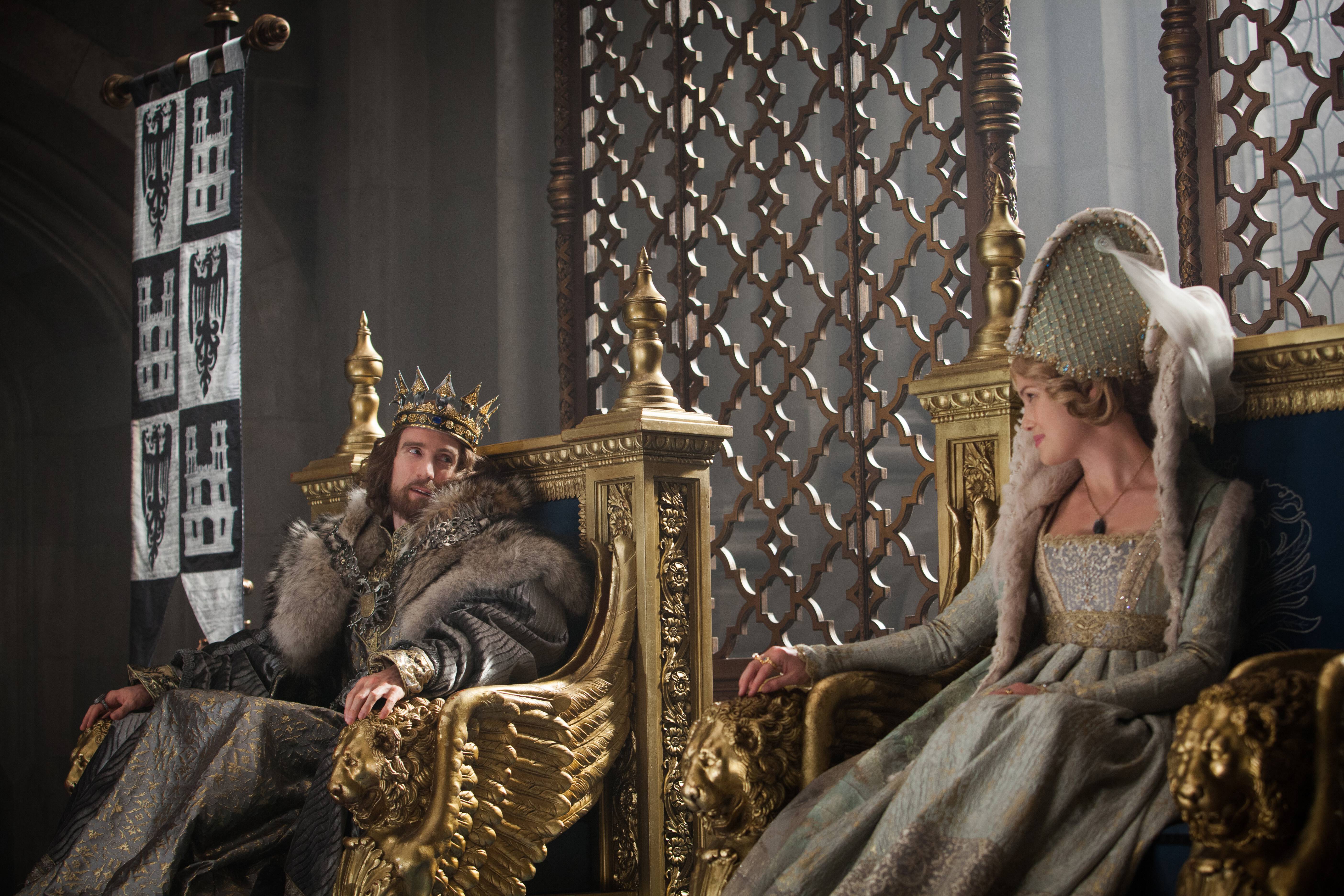 On pulling pranks with Angelina…

The cast of MALEFICENT put their creative skills to good use off camera, too.  Sharlto told us that he and Angelina, or Angie as he called her, had some fun pranking each other on set.  This particular story got a good laugh from our group!

“I sometimes would improvise my dialog in as I sort of have been known to do. So I pretended that I’d heard a noise in the bush.   I suddenly said to her, like, “Do you hear something?”  And she sort of looked at me but now she’s got to keep playing on.   And so I run off and I go behind the bush and I’m diving down and I’m finding things. And I come up with the raven, as if the raven had been following her, you know, “I got him!”  And the whole crew laughed and I thought I was very clever and very funny.

So we wrapped that night, we finished shooting at nine thirty in the evening.  And the next morning, I get to my trailer I think six o’clock or something like that.  And I open my trailer, I’m all tired and I just can’t wait to just get into the trailer and there’s these two huge real ravens in my trailer. I was literally too scared to go into my trailer.  It took half an hour before the guy could come and remove the — ravens are intimidating birds!” – Sharlto Copley

On male ambition and focusing on what’s really important…

Without giving too much away, I think you can easily deduce that King Stefan was an ambitious guy.  You can’t be carefree and lazy and become king, right? Sharlto took this common male trait and played it up to ‘become’ his character.  Which, he told us, was sort of tough for him because though he clearly has drive, he’s not an egomaniac.  This lead to a great discussion about remembering what’s important in life. I LOVED hearing this from him!

“You see men  – very successful, very wealthy man – whose families are in complete disarray.  They don’t spend time with their wives anymore.  They don’t spend time with their kids. Their ambition has sort of become their obsession.  I have people like, “What’s the message for my child?”  I was like, “Well, the message is for you, dude.  Don’t fall off your castle.”  “Well I was making money for my family.”  They didn’t want money.  They wanted time with daddy.” – Sharlto Copley

On auditioning for the role of King Stefan…

Sharlto had met Angelina once before and told us that she complimented him on his role in DISTRICT 9 and would love to work with him one day. So when this opportunity came along he went after it pretty aggressively.  And that was not only so he could work with Angelina, but also because he was looking to do a different genre of film, not R-rated (MALEFICENT is PG) that he could take his 7 year-old nephew to.

“I went after this quite aggressively.  I shot a tape for it, a bunch of scenes, and I actually was saying to my agents,  “Guys, get my tape to Angie.”  And they’re like, “Oh, we can’t.  She’s on a boat.  We don’t know where she is.”  I’m like, “Just get it to her.”  I know she did say she was interested to work with me so I was very grateful to get this.”  – Sharlto Copley

I’m grateful he got the role too! He is truly a fantastic King Stefan. Take a look at just a tidbit of his character in the clip below. You can tell there’s more than meets the eye there, right? SO much more!

On an alternative career choice…

One of the bloggers in our group asked Sharlto what he’d have chosen as a career if he weren’t an actor.

“I’d direct.  I would definitely be a director.  That’s what I was gonna do before and I think I’ll go back to that.  But if I couldn’t be in entertainment I think I would have made a really good lawyer.  My only problem would be I would not be able to defend somebody that I thought was guilty.  That would just destroy me.  But I think I could argue very well in court as useless as that would be.” – Sharlto Copley 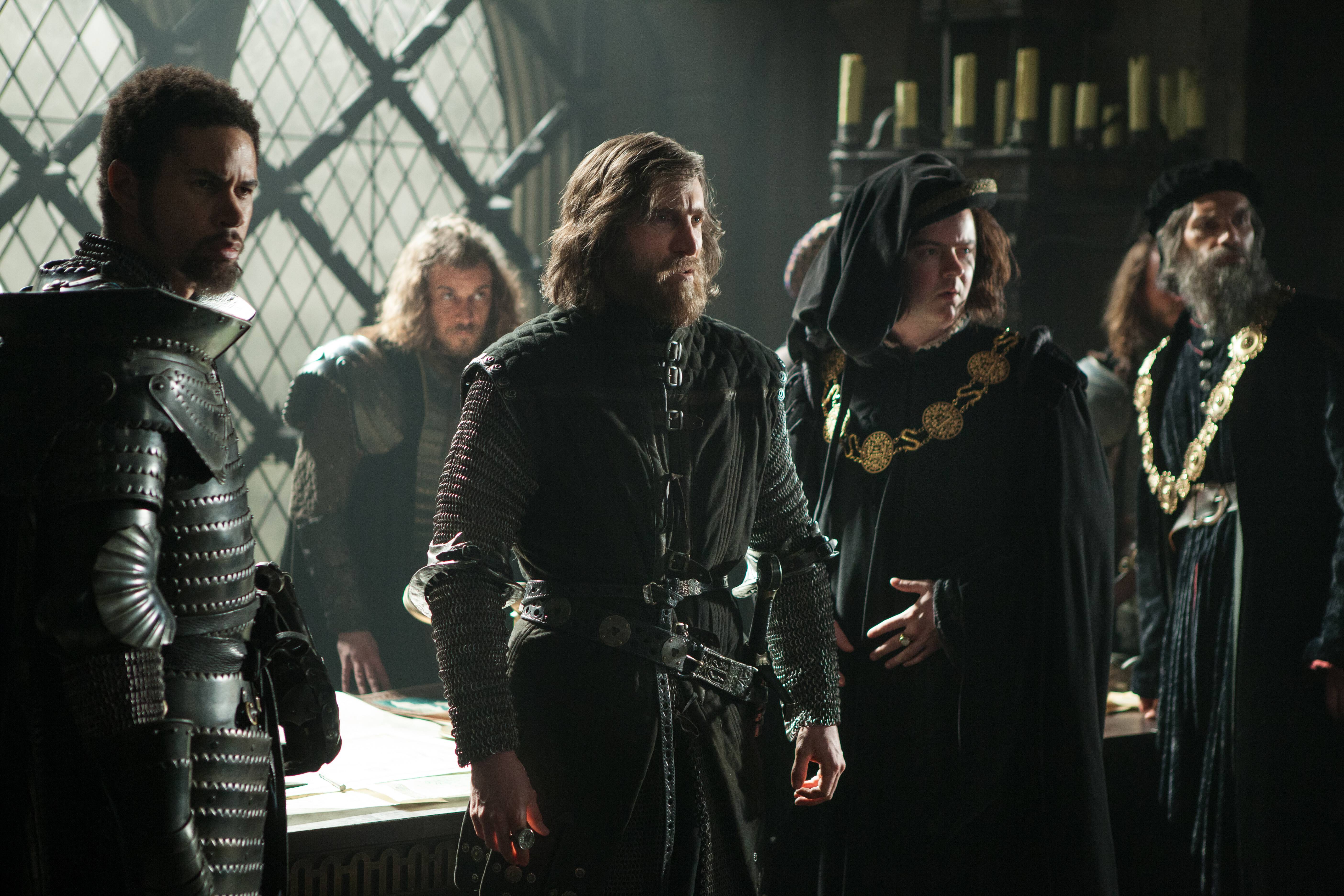 On the most physically challenging part to film…

There is a scene in the movie that involves fire. I’m sure you remember the dragon from Sleeping Beauty!  Sharlto explained why this was probably the most physically challenging piece of the movie for him to film.

“You end up in Pinewood Studios, the sound stages, and everything’s relatively luxurious around you and then all of a sudden you find yourself in a stage where there’s not good air con systems and you’re burning.  We had real fire in there all the time because of the dragon.  And so the oxygen would just be, there wasn’t enough oxygen.  And people constantly having to go out to just try and get enough air.  I, I found myself almost passing out two or three times in the action sequences just from  lack of oxygen.  So it’s quite interesting.  It’s quite challenging physically and mentally sometimes on this stuff.  But it’s enjoyable.  It helps for the character for me.” – Sharlto Copley

Take a look at that picture below of the scene he’s referring to.  I think I’d pass out too, wearing a bunch of armor in a room filled with fire. Yikes!

Sharlto was kind enough to pose for a photo with our group.  I was so impressed by him and loved him in the role of King Stefan in MALEFICENT.  I so wish I could tell you a little bit more about what he said, but believe me, you don’t want the plot of the film ruined for you. It’s such a great fairy tale and his character is central to the story.  You’re going to LOVE it!