I’ve partnered with Hershey Theater to share more of their Broadway series with you, and I’m so excited to tell you that Beautiful – The Carole King Musical is on stage from February 20-25! I LOVE this theatre, and the Broadway Series has been spectacular! So far we’ve seen Kinky Boots, Something Rotten, and now this one. They’re all amazing and I’m loving these date nights with my husband!

Beautiful – The Carole King Musical is full of toe-tapping music that will have you singing along. Below I have our reaction plus details on tickets for these performances in Hershey.

Beautiful – The Carole King Musical is the story of Carole King’s life, beginning at age 16 when she first becomes a songwriter, and ending with her career as a famous singer in her own right.

Short Version: It was fantastic! I will say there was an older crowd at the theatre for opening night (Carole King first became famous in the 60s). Even as an 80s/90s gal, I knew every song. These are classics, timeless hits that you’ll be swaying and toe-tapping in your seat. If you love music, you will deeply enjoy this performance!

Longer Version: The show was SO good. It tells the story of Carole King, who from a very young age wanted to be a songwriter. She was kind of discouraged by her mother (who you grow to love as the play progresses) but persisted and became very successful alongside her husband, Gerry Goffin. The team worked side-by-side with Barry Mann and Cynthia Weil, another famous songwriting duo, so the performance actually includes a nice array of music from both of these teams. 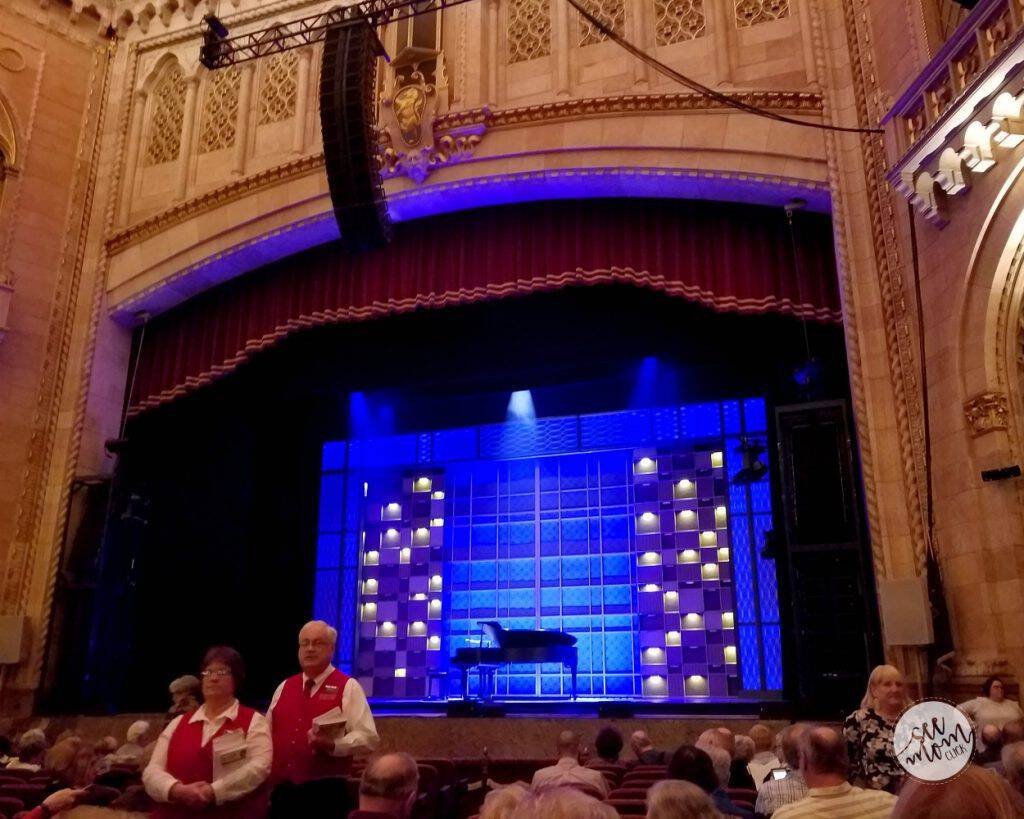 While there’s definitely a great story there of Carole’s life not going exactly as planned, but her making something ‘beautiful’ out of it in the end, the real show stopper here is the music. We get to hear amazing talent sing these songs as the actual stars that performed them. My favorite performance was “You’ve Lost That Loving Feeling” by the Righteous Brothers. Those actors totally nailed it and the audience loved it!

The set was simple, yet fantastic. The lighting, changes in backgrounds, and beautiful music all worked together to create such a cool vibe on the stage.

The cast is amazingly talented. My arms hurt from clapping so much at the end of the show, but every performance deserved a huge round of applause. They were so good! If you’re a music-lover, Beautiful is a can’t-miss!