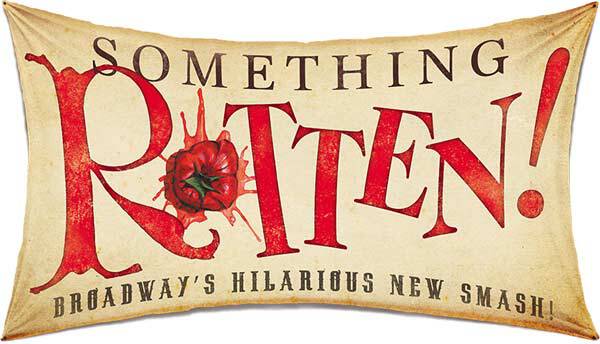 I’ve partnered with Hershey Theater to share this exciting news, and I’m so excited that Something Rotten! is on stage from January 24-28, 2018.  The Hershey Theatre is so beautiful on the inside, and I’m really loving this Broadway Series of shows. Last fall my husband and I went to see Kinky Boots, which to be totally honest isn’t something I would have thought he’d love, but we had the best time and we’re thrilled to have been invited back for another Broadway show.

We saw Something Rotten! on stage last night, opening night, and loved it! Below I have our reaction plus details on tickets for these performances in Hershey. 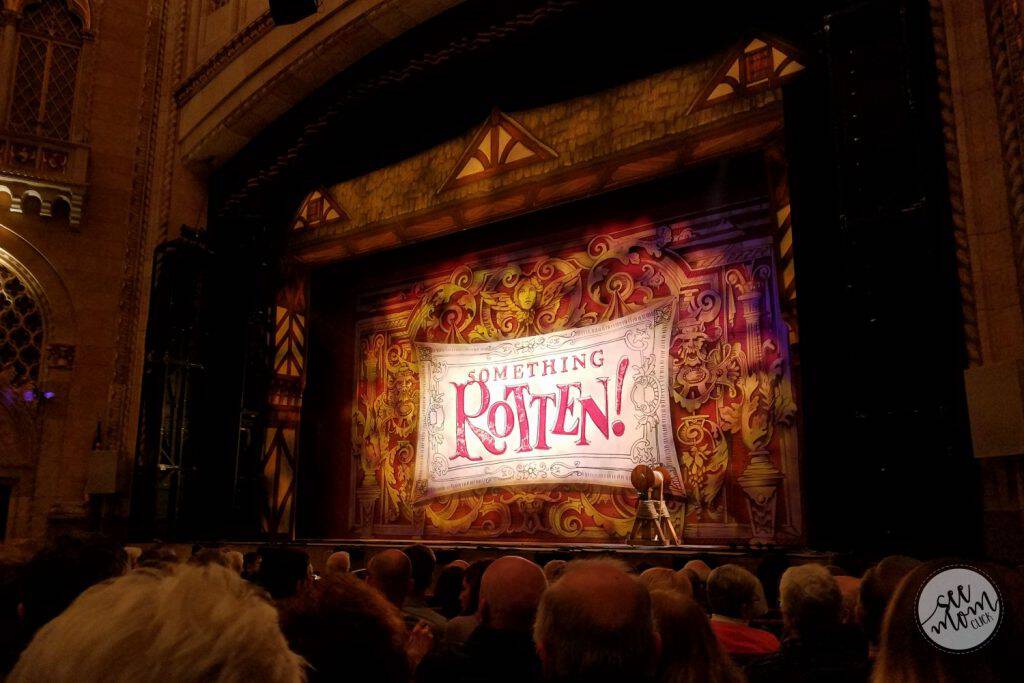 If you’re like me, you’ve heard of Something Rotten! but maybe weren’t really familiar with the plot. Here’s the scoop, plus a clip of one of the songs from the musical.

From the director of Aladdin and co-director of The Book of Mormon and the producer of Rent, Avenue Q and In the Heights, this hilarious new musical comedy tells the story of brothers Nick and Nigel Bottom, two playwrights stuck in the shadow of that Renaissance rockstar Will Shakespeare. When a soothsayer foretells the next big thing in theatre involves singing, dancing and acting at the same time, the Bottom brothers set out to write the world’s very first musical. With the most singing, the most dancing and the most gut-busting laughs on Broadway, Something Rotten! is an uproarious dose of pure Broadway fun and an irresistible ode to musicals — those dazzling creations that entertain us, inspire us, and remind us that everything’s better with an exclamation point!

Short version: We loved it! I half want to go see it again. The music is amazing, the talented cast is, I think, the best I’ve ever seen on stage, and it was full of laughs.

Longer version: First let me be totally honest and say that after reading the synopsis I was kind of ‘eh’ about going to this show. Shakespeare? I studied him in high school but he’s not my jam now. However, I have loved every Broadway performance I’ve seen at Hershey Theatre even if I was kind of on the fence before going and I figured this would be no different. I was right – reading about the show and actually seeing it are two totally different things. It was truly fantastic. 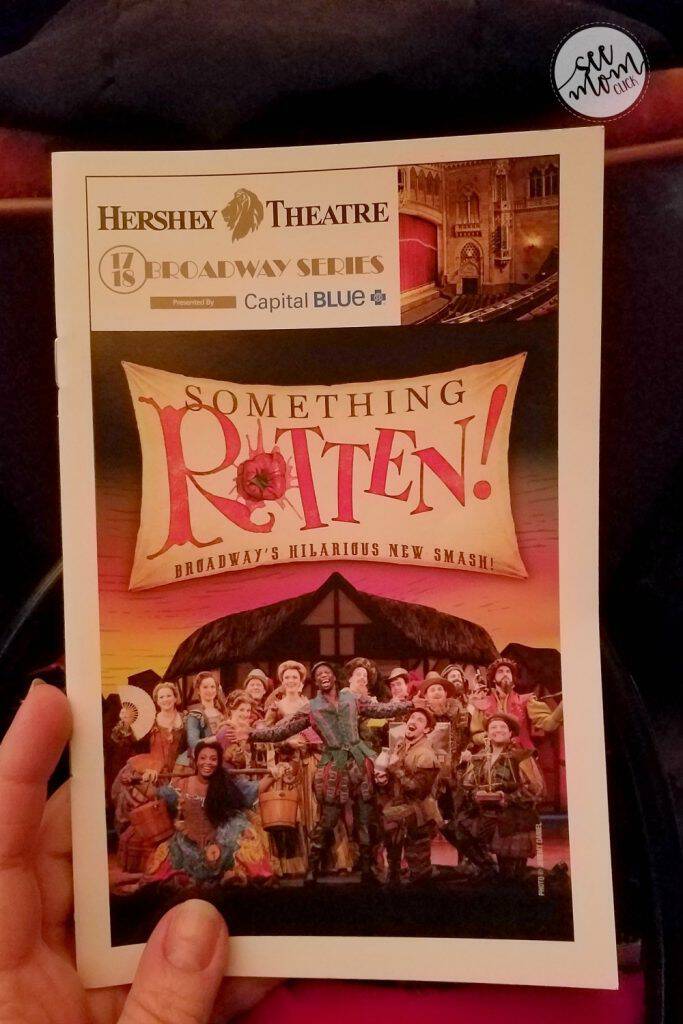 The story takes places in Renaissance England where two storytelling brothers, Nick and Nigel Bottom, are trying to compete for an audience (and some notoriety) with William Shakespeare. Shakespeare is a little Billy Idol-esque in the play, which makes him a seriously awesome character. Whether you’re a fan of the real Shakespeare or not, you’ll like this version.

Nick and Nigel struggle both with coming up with a unique idea for a play, and with each other. Desperate, Nick gives the last of his family’s money to a soothsayer and asks him to foresee what the next biggest thing is on stage. He tells Nick they need to write a musical, among other things (like that musical should be about omelettes…you can see where this is going to get funny). Nick is determined to make this happen, while his brother Nigel wants to follow his heart and write about what he loves, which, by the way, is not omelettes.

The performance is hilarious and so clever. The cast is crazy talented! They speak in modern English, so you don’t need to worry about having to interpret any kind of Shakespearean jargon. The delivery of their lines is so spot-on, and the singing and dancing is such a treat. This cast can SING! At one point in the middle of the show people we standing in their seats, cheering.

Whether you are a Shakespeare fan, or if you hate him like the Bottom brothers, you’ll love Something Rotten! It’s got great acting, singing, dancing, and so many laughs. Make it a date night or girls’ night out (this one isn’t really for kids – nothing too vulgar though there is a little bit of adult humor and language, but I just think most of it would go over their heads). The show is in Hershey, PA for a limited time, so be sure to get there while you can.