We were provided with complimentary tickets in exchange for our review.  The opinions and experiences in my posts are 100% our own.  You can read my full disclosure policy here. 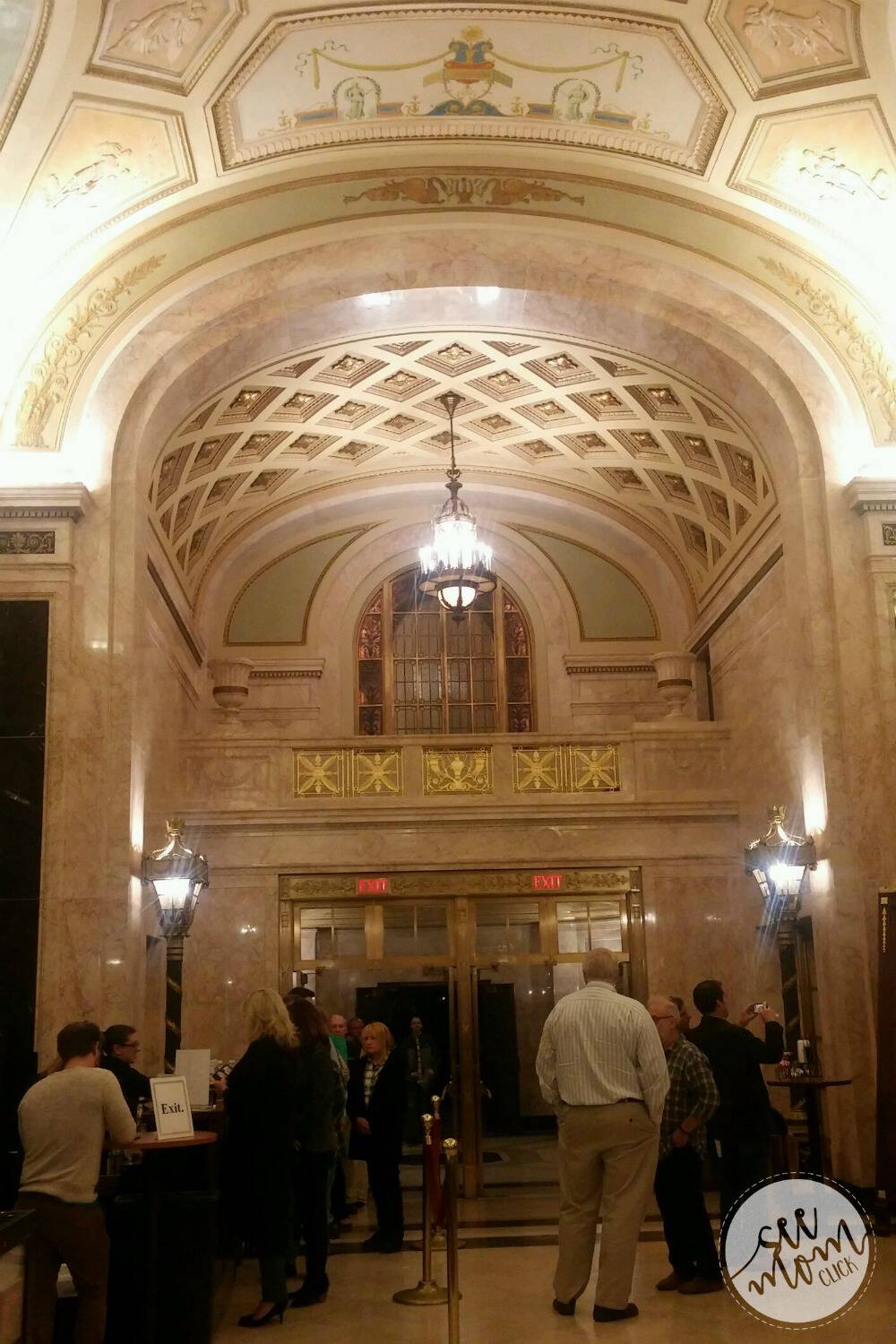 Hershey Theatre is my favorite venue for live performances. It’s just stunningly gorgeous and they get so many awesome shows in there! This week from November 1 to November 6, A Gentleman’s Guide To Love & Murder is on stage. I was invited to attend opening night but after just returning from vacation, I passed the baton (or tickets if you will!) to my good friend and contributor, Mary. She has written two great theater reviews for us in the past, Matilda and Cinderella, and I loved reading her review. I hope you will too. Here’s the scoop:

A Gentleman’s Guide to Love and Murder 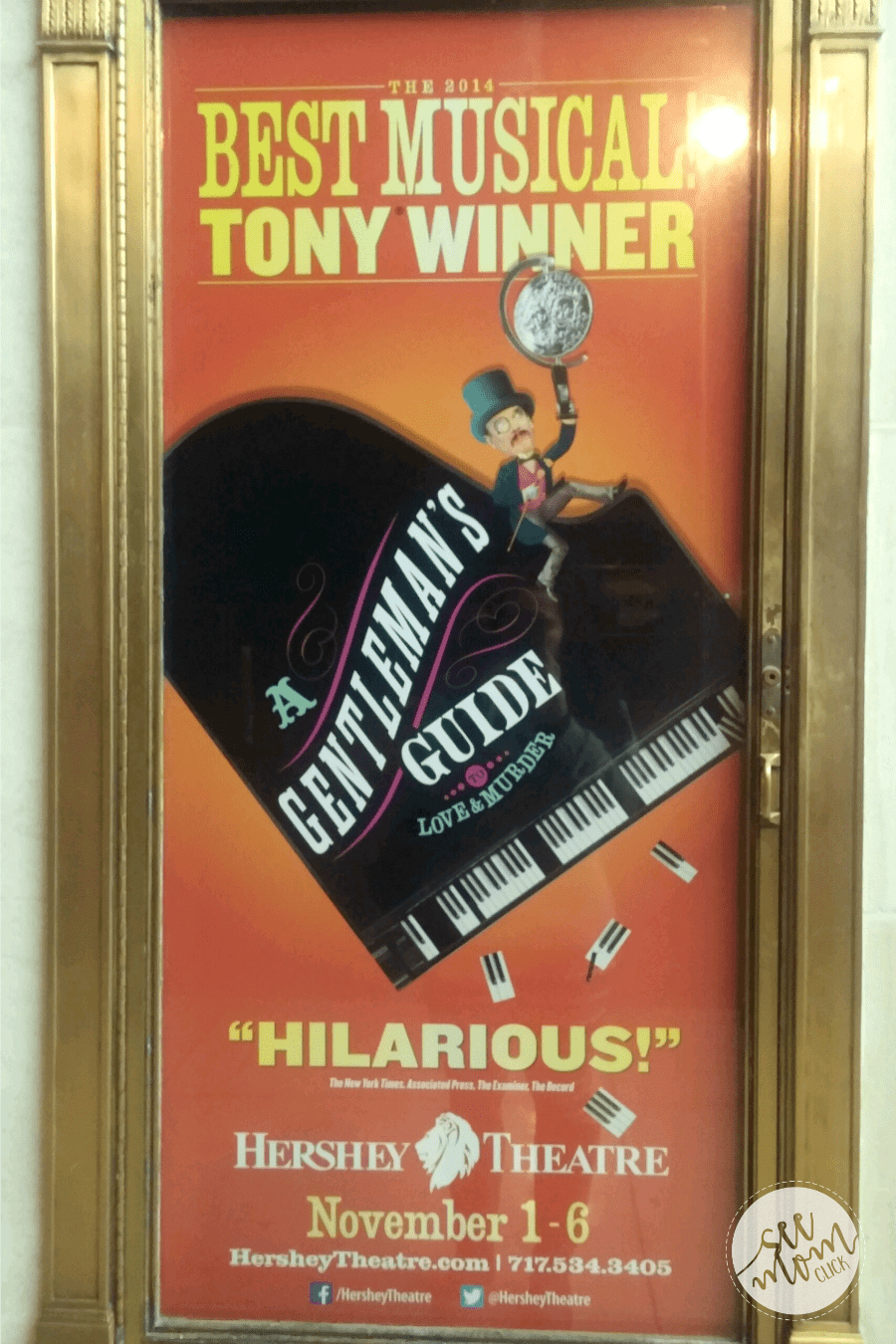 Getting away with murder can be so much fun….and there’s no better proof than the knock-’em-dead hit show that’s earned unanimous raves.
A Gentleman’s Guide tells the uproarious story of Monty Navarro, a distant heir to a family fortune who sets out to jump the line of succession, by any means necessary. The most celebrated musical of the 2013-14 Broadway season, A Gentleman’s Guide received ten 2014 Tony® Award nominations, eventually winning four awards: Best Musical, Direction of a Musical, Book of a Musical, and Best Costume Design. In addition, it won the Best Musical prizes from the Drama League, Drama Desk and Outer Critics Circle, and received a 2015 Grammy® Award nomination for Best Musical Show Album.

So what did we think of A Gentleman’s Guide To Love & Murder? 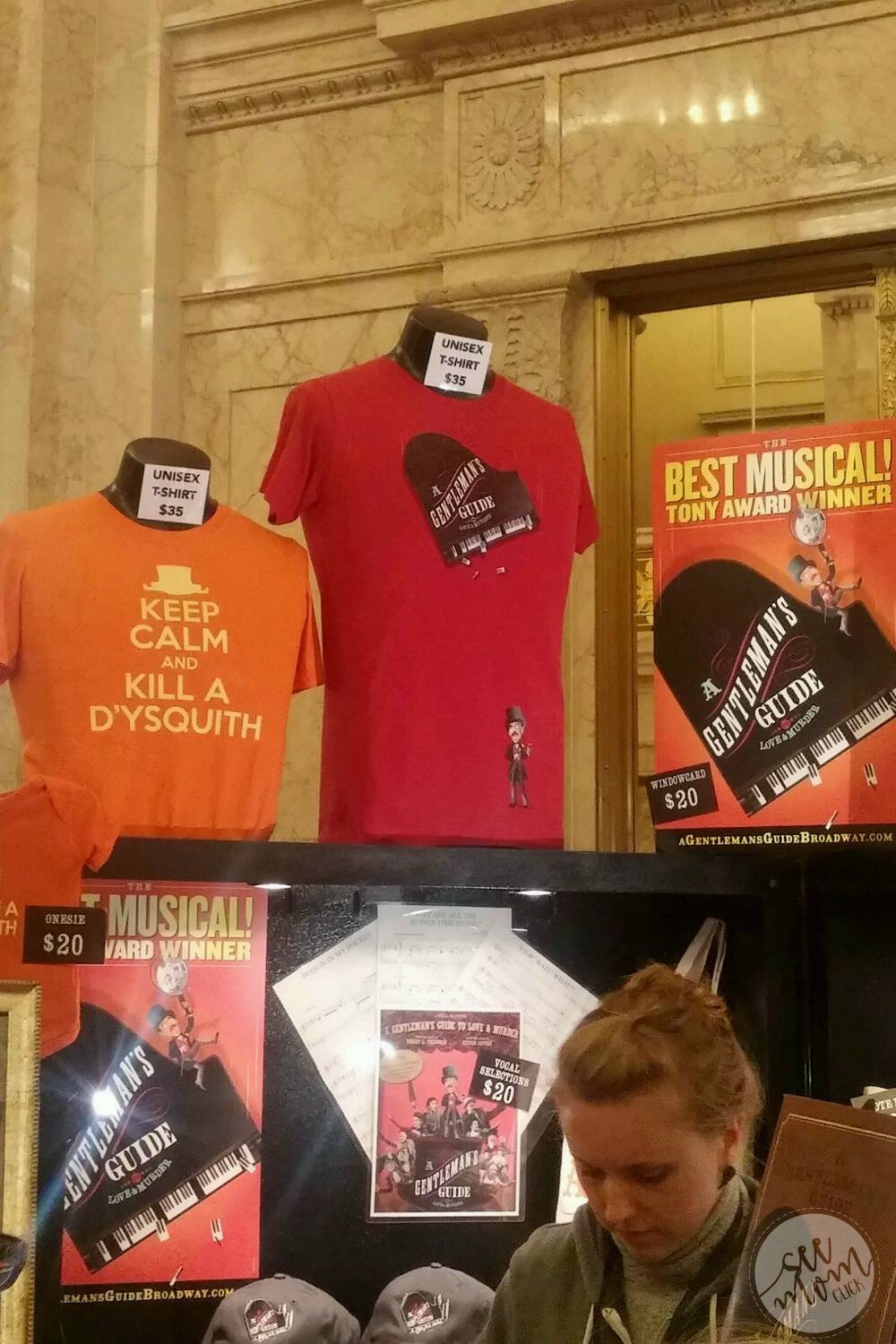 It’s hilarious! Definitely a show for adults so get a babysitter and leave the kiddos at home. Mary put together a detailed review for us:

Despite being critically acclaimed, the story line of this somewhat less well known Broadway Series Musical is not one I will soon forget.  From the opening scene to the thunderous applause at the end, A Gentleman’s Guide to Love and Murder at the Hershey Theatre is a must see, irreverently hilarious musical.

The musical opens with Monty Navarro realizing shortly after his mother’s funeral that he is actually 9th in line to receive a ducal title of a prominent family in early 1900’s England.  With no future prospects he contacts his recently found family looking for a leg up and is rebuffed.  Soon after one of his relations dies accidentally and it inspires him to seek to further increase his chances at the title of Duke by murderous means.

Never have I been to a show that got such consistent and continuous laughter throughout. With that being said, this musical is probably not one for the whole family.  The bawdy humor, double entendres and blatant sexual themes are not for little ears.

The set is an ironically done stage within a stage including red velvet curtain that draws back to reveal different scenes that vary from a graveyard to an English country garden and were wonderfully done each time.  The stage backdrops are digitally done and although there is a part of me that is sad to see that, the digital graphics really do enhance the show and give more depth and movement to what is happening on the stage bringing each scene to vivid life.

The staging of the actors, their movements through and around the stage are a brilliant theatrical masterpiece.  My eye moved fluidly from one section of the stage to the next being drawn exactly to the intended targeted scene each time.  This musical tells quite a long story in a relatively short time and the thoughtfulness in mastering each segment is perfected through these movements to keep the show from feeling long or drawn out.

The music throughout the entire show is powerful and moving. The singers, exceptional in their talent, show a depth and breadth of range and control that lend additional emotion to each piece.  Their harmonies are spot on for most of the show and the sound fills the theatre and rumbles through your body.  The ensemble, although easily and often overlooked, stands out and carries out their roles perfectly.  So much of the story line is told through the music making the timing, tempo, and enunciation key. The singers nail it all.

The acting overall is captivating and well done, but one particular actor stands out: John Rapson.  He plays 9 different roles in the D’ysquith family and is spectacular in each one.  Despite very few character traits continuing from one character to the next, he masterfully executes each one, so well in fact that it isn’t until several characters in that I realize it is the same actor playing each part.

In the program is a ticket for a “Bring a Friend & See it Again Offer” for another showing later in the week, that I think I may just use.  Go purchase your tickets to see this wildly entertaining musical.

Grab your tickets to see A Gentleman’s Guide to Love and Murder while it’s here in Hershey, PA. Shows will run through Sunday November 6. A fun date-night or girls’ night out!

Look at all of these upcoming shows! Follow Hershey Theatre on Twitter and Facebook to stay up to speed with all the latest. And you have to check out my post on the Hershey Theatre to get a glimpse inside. It’s gorgeous!