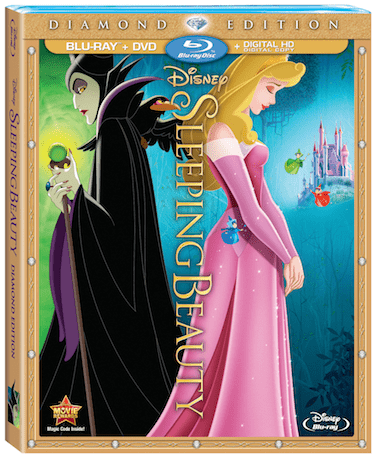 Disney’s Sleeping Beauty Diamond Edition releases on Blu-ray, HD, and Disney Movies Anywhere today!  This classic is even better than ever and perfect for family  movie night at home.  I had the rare and truly amazing opportunity to tour Walt Disney’s home in Los Feliz and see some of the inspiration for this film. 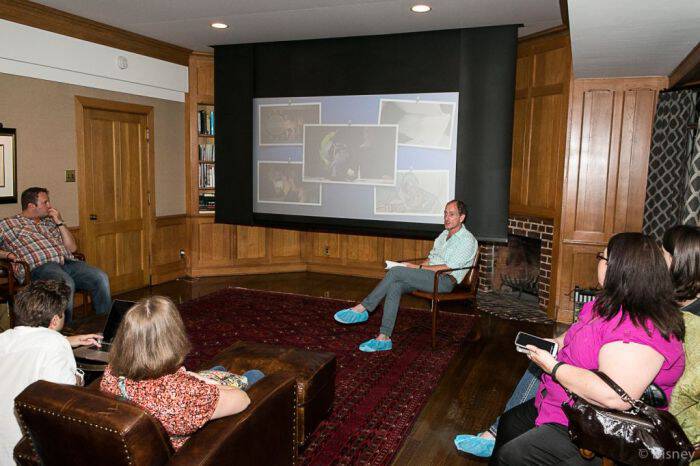 During that house tour I also had the chance to sit down with David Jessen, Vice President of Enhanced Content at Disney Studios. He’s the guy that produces all the bonus features on the home releases. You know, the ones that your kids want to watch over and over after the movie ends!  He’s been at Disney for 19 years and talked to us about the process of deciding how to enhance the movie with the bonus features. Really interesting stuff! They actually go back into the vault to dig up material that is going to appeal to both families and the collectors out there.

Additional all-new bonus features include never-before-seen deleted scenes “The Fair” (with Deleted Character The Vulture,) “The Curse is Fulfilled” and “Arrival Of Maleficent,” plus the Beauty-Oke sing-along to “Once Upon A Dream.” The Blu-ray Superset also includes classic DVD bonus features and more!

“Once Upon A Parade”

As you can see the bonus content is awesome on this Blu-Ray Set. One of the most fun features is “Once Upon A Parade” featuring Modern Family star, Sarah Hyland.  We got to chat with her about her role in the piece. 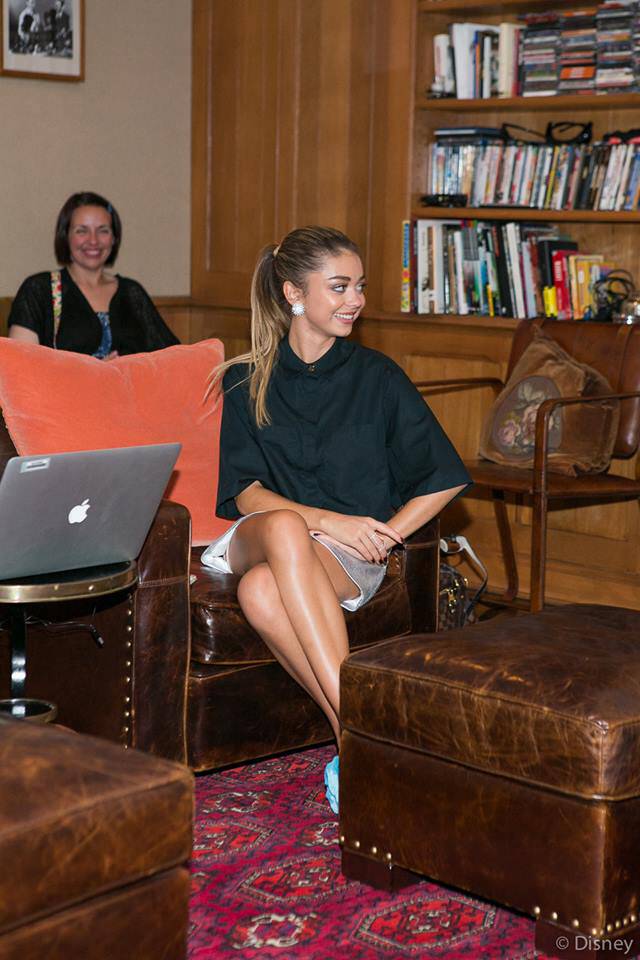 There is a new parade in Disney World, Festival of Fantasy, and the enhancement content team was asked to include it in the Sleeping Beauty Bonus Features. So they came up with this fun “Once Upon A Parade” piece staring Sarah and she thought it was an “amazing, unique way to put a story behind the parade.” Sarah told us that it took 8 weeks to create the piece. It came out so cute! Take a little look:

I watched the entire thing and it’s really sweet. You and your kids will love it! Sarah shared some of her love of Disney with us too and told us that she has multiple favorite princesses for different reasons. She loves Rapunzel’s quirkiness and Belle’s love of books. Her favorite Disney ride? The Great Movie Ride!

Another Bonus Feature on the disc is this piece with Visual Development Artist Brittney Lee. This is so amazing to me. She makes a 3D Maleficent totally out of paper. Even if I had this talent (which I do not) I don’t think I’d have the patience. Check it out!

She actually visualizes characters with PAPER and then animators bring them to life! Simply amazing.

Deleted Scene: The Curse Is Fulfilled

It’s not a Disney Bonus Feature without a deleted scene! This one is AWESOME!!

It’s so cool to see the different directions they were headed with the film and compare it to the final movie, isn’t it?  Here’s another one below.

These are so cool to see but I definitely love the final cut of the movie more than this. What do you think? I think after seeing MALEFICENT it just seals the deal for me that in the end they nailed it!

Exploring the art of creating a Disney villian is another of the Bonus Features and I really love this one. I think this is the coolest job. Check out this little peek of the creation of Maleficent.

So neat. I am always amazed how these characters look so perfect in the movies, and then you find out every little detail had to be planned and took a ton of work.  Lino DiSalvo in that clip was the Head of Animation on Frozen and I interviewed him once too. Their craft is SO cool. It’s both creative and technical. I really enjoying hearing about it.

This is just a little taste of what you’ll find in the Bonus Features of Sleeping Beauty! So many ways to make a classic film even more enjoyable.  You can order Sleeping Beauty Diamond Edition on Amazon now and add this film to your family’s Disney collection!