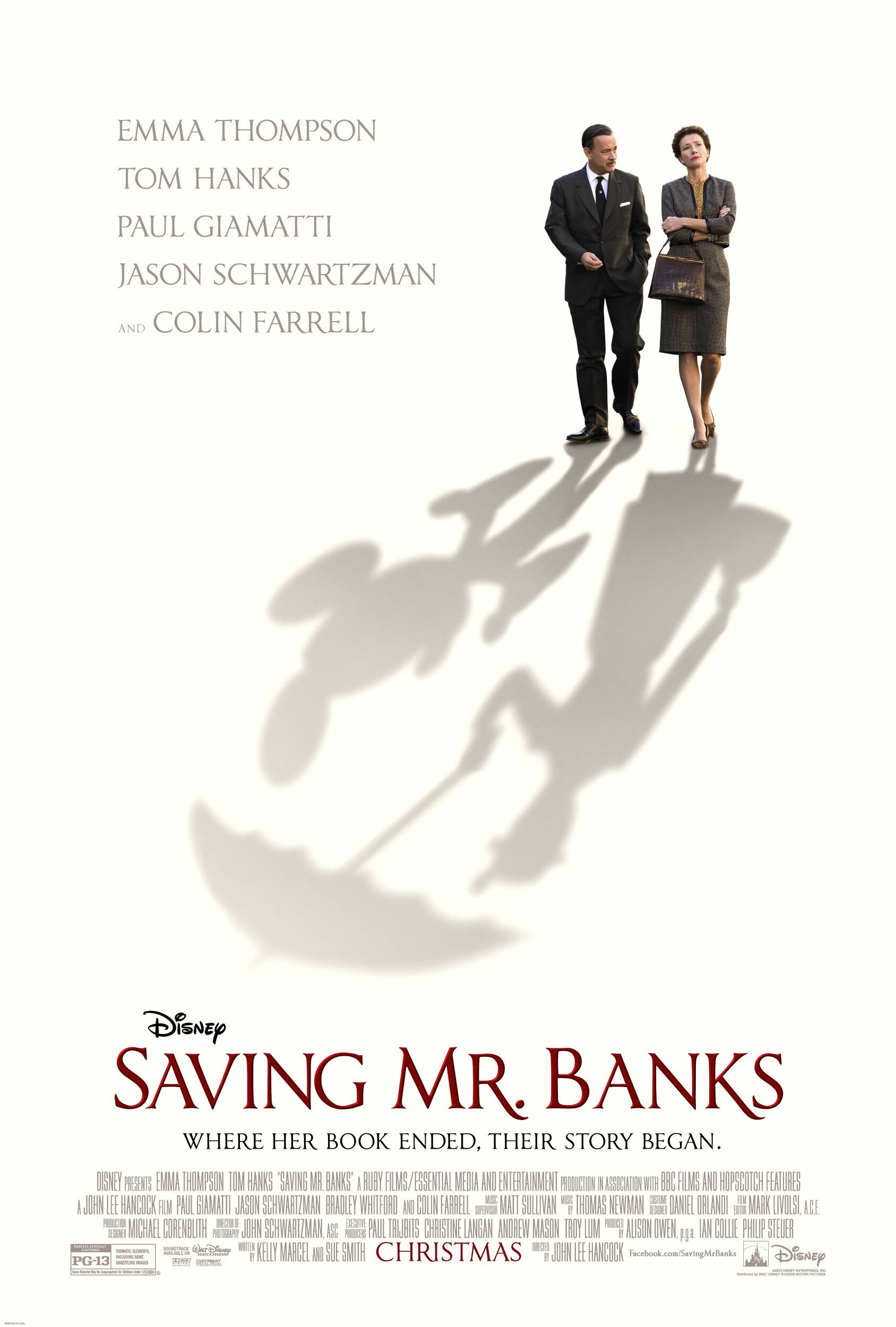 Disney’s Saving Mr. Banks is based on the true story of how Mary Poppins made it to the big screen and I can’t tell you how much I love this movie!  It is out in limited release right now and will hit theaters everywhere on Friday December 20.  Make plans to go see it over the holidays.  I had the opportunity to screen Saving Mr. Banks during the Disney Frozen Event and am so glad to be able to share more with you about the movie. 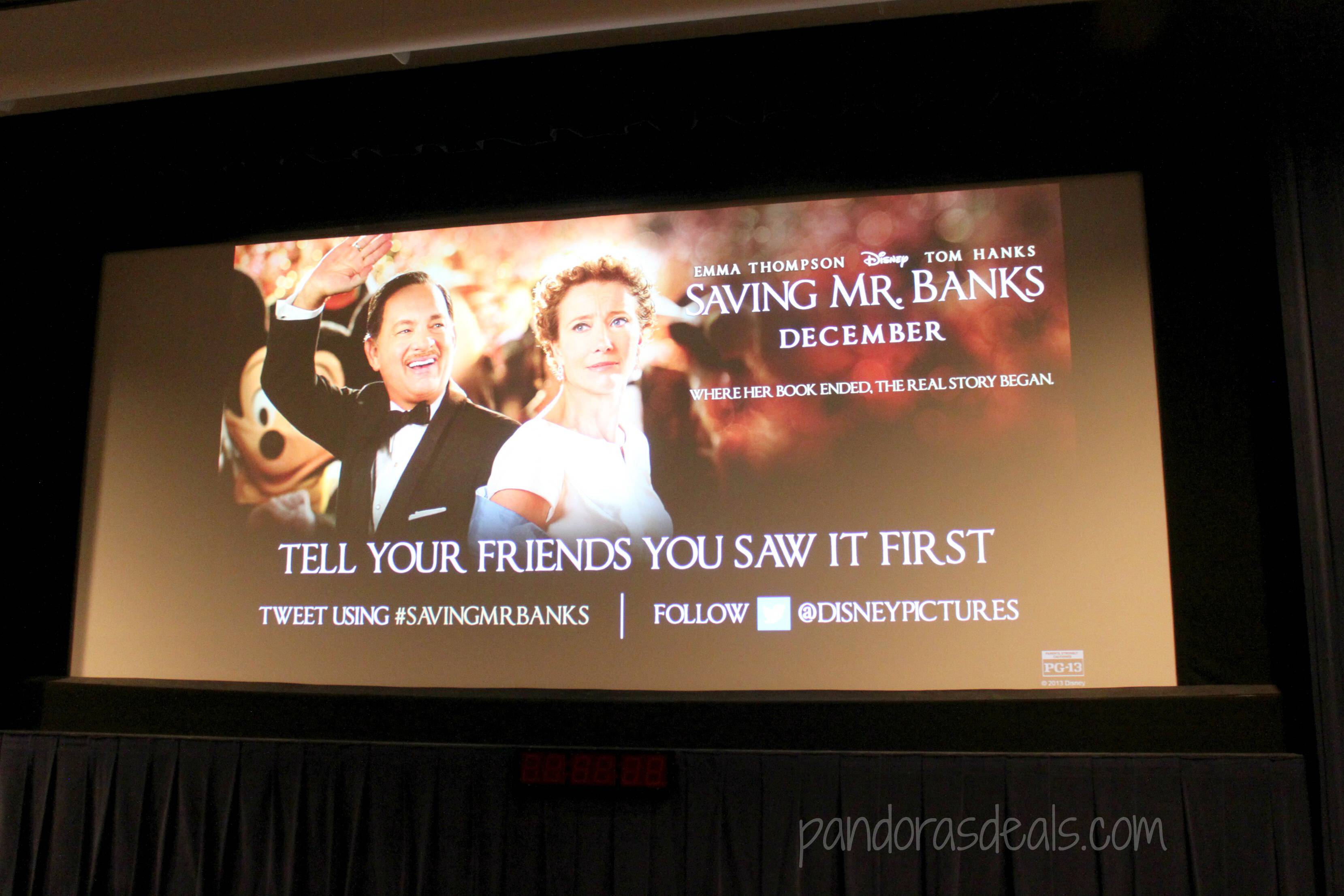 What is Saving Mr. Banks about?

Walt Disney’s daughters loved the Mary Poppins book written by P.L. Travers and he promised them he’d make her come to life on the big screen, which ended up taking him 20 years to do.  P.L. Travers is less than thrilled about the idea of ‘cartoonizing’ her beloved Mary Poppins (“never, ever just Mary”).  But books sales have dropped off and she’s in a financial pickle, so she agrees to spend two weeks in Los Angeles where Walt pulls out all the stops to impress and get her to hand over the rights so he can make his movie. This is the really fun part of the movie: seeing the story boards, the amazing music of the Sherman brothers, and they literally try to stuff some sweetness into Pamela Travers with goodies galore.

While all of this is happening we’re shown flashbacks of Travers’ life as a child in Australia in 1906, growing up with an alcoholic father whom she adored and a mother who was one stitch away from falling apart at the seams.  Enter her mother’s sister, Aunt Ellie, the inspiration for the books Pamela Travers went on to write.

All the while that Walt Disney is wooing Pamela, she’s resisting and putting up walls all over the place. He finally breaks through and gains the rights to make Mary Poppins into a movie when he connects the dots between his childhood, Pamela’s, and the story of one very special nanny.

You can tell from the trailer that it’s a fantastic movie.  I watched it several times before I saw the movie and teared up every time…which was just a sign of things to come because I nearly did the ugly cry during the film.  The ugly cry is never good, but a movie that reaches you that deeply is always worth seeing.

I have some other featurettes for you, too, and these include commentary from both Saving Mr. Banks’ cast members and folks that worked on Mary Poppins.

I just love these inside looks!

What did I think of Saving Mr. Banks?

I loved it.  Really, really loved it.  First of all, the cast could not be more perfect. Tom Hanks is the only person to have every portrayed Walt Disney himself on the big screen and he nails it. Emma Thompson is just fantastic as P.L. Travers, too.  But I have to say I think it’s Colin Farrell who is the star actor in the movie and before I saw the film I didn’t even know he was in it.  He plays Robert Goff Travers, the father of a young P.L. Travers and he is just outstanding in this role.  Really the bigger message of the film is that what happens to us in childhood sticks with us forever and shapes who we are.  That message resonates with every single one of us, and so this movie will tug at the heart strings of everyone too.

The movie included parts that made me laugh out loud, want to get up out of my seat and dance and sing, and parts that made me cry.  My only ‘hmmmm’  about the movie is that while it is based on real-life events, it’s not 100% accurate. I think they may have gone out of their way for an emotional reaction from the audience but I’m not really complaining about that. It’s still a great story, even if some of it is embellished. Isn’t that why we go to the movies? To see a great story?

Is the movie appropriate for kids?  I’d say no.  I’m definitely not going to be taking my kids, ages 4 and 8.  I think they’re too young to appreciate the depth of the story. While there are some funny parts and nothing off color in terms of language I think the themes of the movie are definitely adult themes. Perhaps ages 10-12 and up would be a good cutoff. 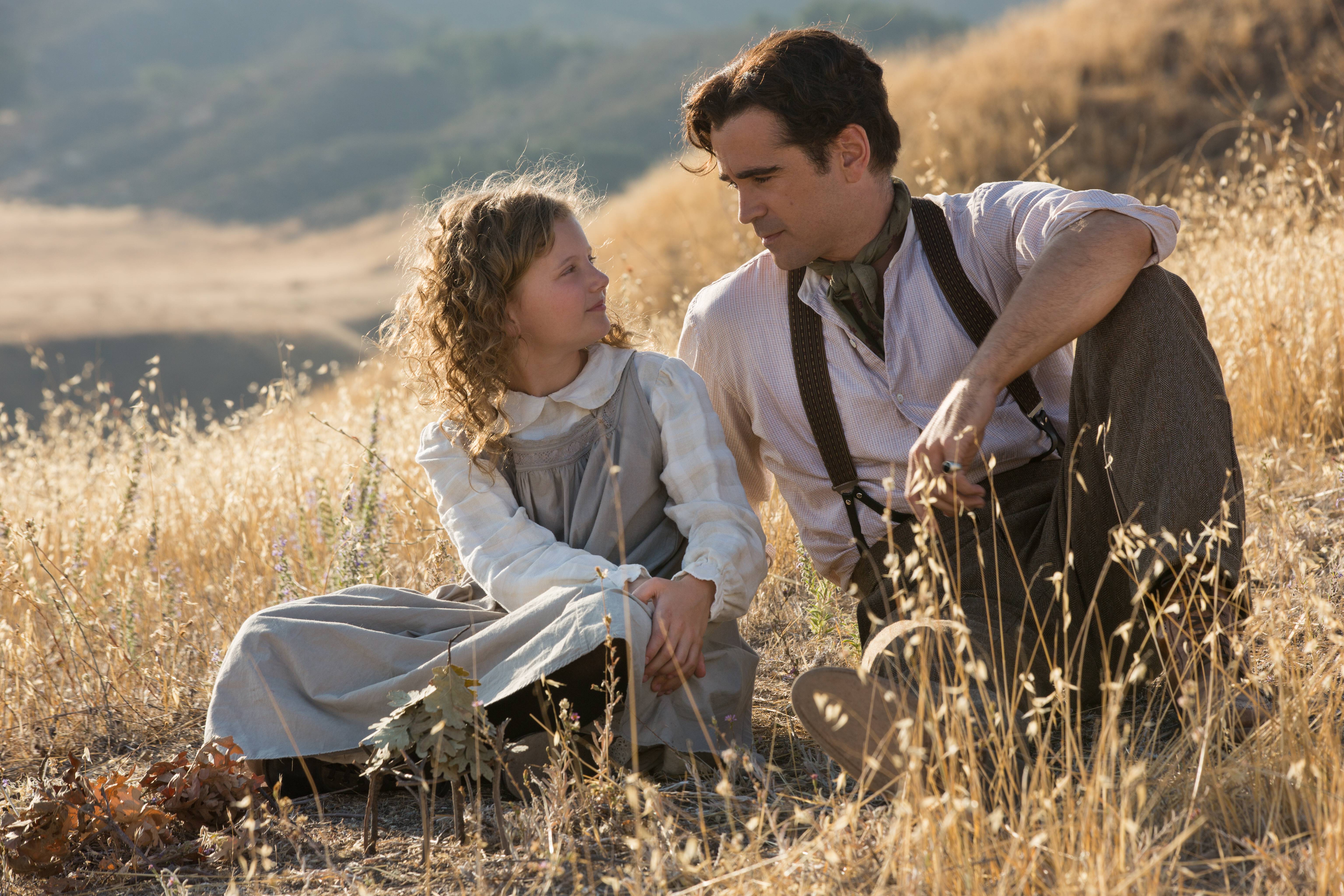 P.L. Travers played by Emma Thompson is greeted at the airport by her driver Ralph, played by Paul Giamatti.

Tom Hanks is the first person to ever portray Walt Disney on the big screen.