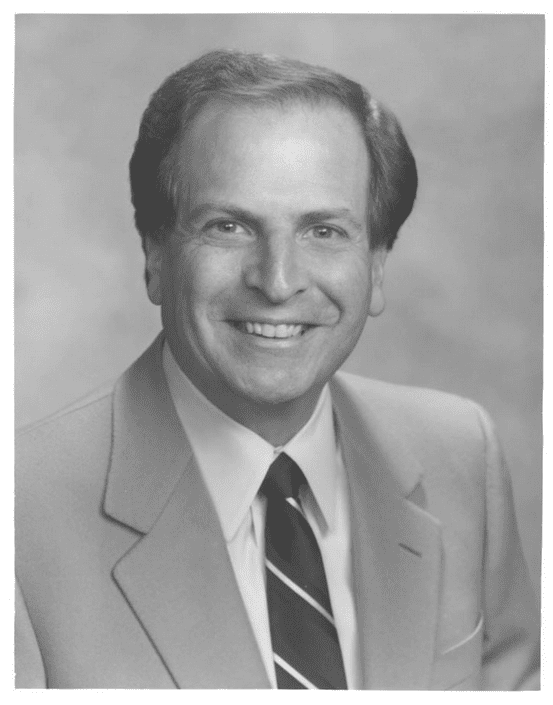 What a bittersweet post for me to write! This wraps up the celebration of the 50th anniversary of A Charlie Brown Christmas continues and we’re going out with a bang. Today I’m sharing my interview with Lee Mendelson, Executive Producer of the special. He was such a pleasure to chat with. I’ve enjoyed all of my interviews but this one is truly special. He is the man who made what we love about A Charlie Brown Christmas come to life on our screens and the stories he shared about the process are fascinating!

You can read the full interview with Lee Mendelson below, and be sure to check out the other exclusive interviews I’ve shared leading up to this milestone year of A Charlie Brown Christmas: My first interview was with Jill Schulz, daughter of Charles Schulz followed by an interview with Sally Dryer, voice of Violet and Lucy. David Benoit, composer, talked to us about the iconic music we’d all recognize anywhere, and Ron Smith of Technicolor shared how he is future-proofing the Peanuts specials to make them timeless in the digital sense (we already know they have timeless appeal!). And now, enjoy this insiders’ look at the birth of A Charlie Brown Christmas from the very special and talented Lee Mendelson!

How did the special come about?

To my amazement, When I called Sebastopol, California Charles Schulz’s name was in the phone book; and I called him and told him I was a documentary filmmaker and wanted to do [a film] on Charlie Brown.

And [Schulz] said: “Thanks for the call, but I’m not interested in animation.”

Before I hung up I asked him, “…did you happen to see the Willie Mays documentary last month on NBC?” [When he answered in the affirmative] I said, “We did that show…” There was a long pause, I’ll remember that pause for my whole life, then he said, “Well if Willie Mays can trust you with his life I guess I can trust you with mine.” And that’s how we got together. So Willie Mays is responsible for A Charlie Brown Christmas.

So we did the documentary… and we needed some music. [Vince Guaraldi] was a Charlie Brown fan. He had no money, I had no money. We agreed to a speculation to have him do the music for the documentary. About two days later he called. That’s the first time I ever heard Linus and Lucy, which became our theme.”

How was Coca-Cola involved?

I got a call from a representative of Coca Cola. “Have you and Mr. Schulz ever thought about doing a Christmas show?” I lied and said, “Oh, all the time.” And they said, “Well it’s Wednesday so if you could shoot us an outline by Monday we might be interested at looking at it for a Christmas show.”

So Bill Melendez [and Schulz] flew up and we sat down, and in about four hours we came up with the outline for what would become A Charlie Brown Christmas, sent it to Coca Cola, they bought it, and we went ahead and produced the show for the next six months.

How did you and Bill Melendez (the animator) collaborate with Sparky on the script? What were some of your ideas that made it into the storyline (ie, the pathetic Christmas tree)?

The three of us got together. [Schulz] had a done few strips about the school play at Christmas time, so that was going to be the basis of it and he wanted to talk about the commerciality of Christmas and he also said, “We really should tell what Christmas is all about. I think we should have Linus read from the Bible.” At which point, both Bill and I didn’t know quite what to say except to say, “That’s never happened to our knowledge. We don’t think they’ve ever animated stuff from the Bible and Schulz said, “If we don’t do it who will?”

Ditto for the music. We understand you wrote “Christmastime is Here.” How did that come about?

[The show] was too slow and I couldn’t put my finger on it and I said to Bill, “You know that opening melody when they’re skating is beautiful maybe we could get some songwriters to quickly put some words together and record it… everybody was busy. I don’t know what possessed me, but I took out an envelope.. and I literally wrote the words on that envelope in about ten minutes. It never changed, it was like writing a poem. We got some kids together and they sang it.

Last week we heard that that album passed 50 million in sales in 50 years. 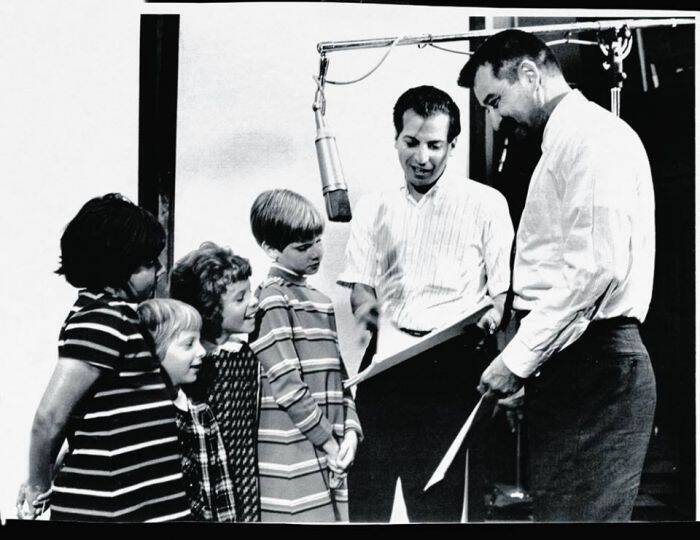 Why did you go with children for voice actors? Afterall, this was rather unheard of at the time, wasn’t it?

That was going to be a big gamble because up to that time adults had done kids voices.

What were the initial reactions from CBS to the special?

We took it to CBS and they didn’t like it. The executives thought it was too slow, they didn’t like the kid’s voices, they said “What is jazz doing on a Christmas show?” They said, “It’s scheduled, but we’re afraid this’ll be one and out.”

How about the media? Did it get good reviews when it first debuted?

[A CBS executive said] “We got a guy from Time magazine here, but I don’t think we should show it to him.”

He came out with a glowing review, that the thing should be run every year.

Why do you suppose it was such a huge ratings success when it debuted in 1965?

I swear I don’t have any idea. There were three things that helped us: Time magazine reached a huge audience; there were only Three networks, you only had 3 choices; and TV Guide was kind enough to run a two page or four page spread for us. TV Guide back then had a tremendous impact.

And why do you suppose, 50 years later, that it’s still such a hit?

It’s become a generational thing. I think, first of all, it has all the great philosophy of Charles Schulz. The truths, the philosophy, and the Midwest background he had has been so enduring, and continues on to this day.

[Second], there’s an innocence in A Charlie Brown Christmas. There are truths in it that are as good today as they were then.

Did you think it would be a hit at the time?

We previewed it two weeks before it aired. It looked very slow to Bill and I, and when it was over, Bill and I looked at each other and one of us said to the other, “ Oh God, I think we’ve ruined Charlie Brown.” And one of the animators in the back row, Ed Levitt a famous animator, stood up and said, “You guys are crazy, this is going to run for a hundred years.” And we said to him, “What are you smoking?”

What is your favorite scene?

Obviously, Linus reading from the Bible is something that will endure for years and years. The dance scene was fantastic because it captured all the spirit of the 60s and all the dance moves of the 60s.

The Meaning of Christmas

How did Sparky feel about it after it aired?

What does the special mean to you?

I hear every year that this is the one time that families get together and can enjoy something together. I think Tom Hanks said on one of the interview shows that Christmas doesn’t start until A Charlie Brown Christmas comes on. It’s become such a big tradition over the years, and to be able to bring families together every year, that’s the biggest thrill.

And it allowed us to go on to do every kind of show. We did Charlie Brown shows on cancer, on war, on Arbor Day. The networks never told us what shows to do. We had a creative freedom that was staggering. and to have another 5-6 year contract with ABC, who gets 5-6 years? Nobody, except Charlie Brown.

The generous folks at Peanuts are offering one of my readers this lovely Charlie Brown Christmas keepsake figurine from a new collection by America’s favorite folk artist, Jim Shore. I have so many Jim Shore pieces, especially for Christmas (love the Santas!) and this one is so special.