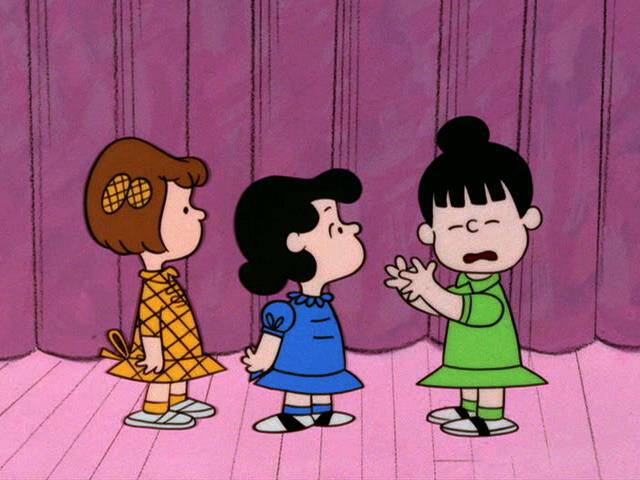 The celebration of A Charlie Brown Christmas continues! Did you catch my interview with Jill Schulz, daughter of creator Charles Schulz? I loved getting her perspective!  Recently I had the chance to chat with Sally Dryer, who voiced Violet in A Charlie Brown Christmas at the young age of 8, and later went on to voice Lucy in  It’s the Great Pumpkin, Charlie Brown.  That one should be airing soon and I can’t wait!  Sally was a lot of fun to talk to and it was interesting to hear what a child my daughter’s age thought of being part of this iconic show. Read our interview below, and be sure to get all the way through to find a great giveaway just for my readers! 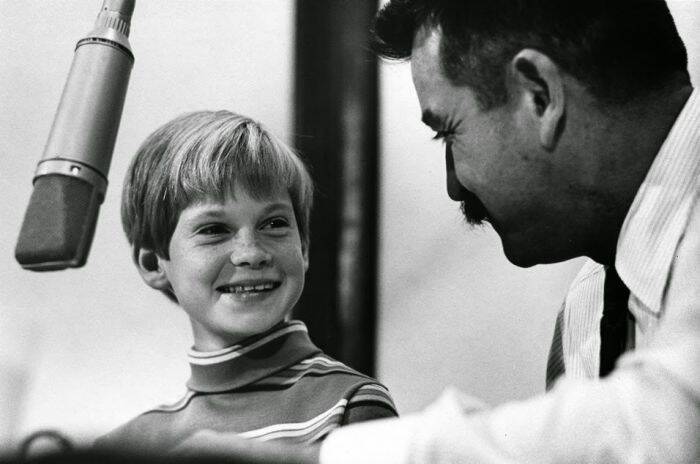 What was it like for you to to do this as your first job?

Sally: Yes, my first job at age 8! It was unknown at that point, an experiment. Lee Mendelson had approached Charles Schulz for years to do an animated special, and Schulz always said no. Finally, he said, “I’ll do it, but it has to be real kids’ voices.” For me, it was a fun way to get out of school. We didn’t know what it become, for sure!

Can you describe the process of how they recorded your voices?

Sally:  There were a group of kids in Southern California: the boy who played Linus, Peter Robbins [Charlie Brown], and the original Lucy were in Los Angeles, where they recorded with Bill Melendez. Lee Mendelson recorded with us in San Francisco at a studio on Van Ness Ave. They’d record us one at a time: Lee Mendelson would say a line to us, and we’d repeat it. We’d try to repeat with inflections he gave us. Sometimes we’d hit it on the first try, and other times we’d have to go over and over and over again.

I remember when we were recording the Great Pumpkin, the girl who played Sally spent hours trying to say “You owe me restitution!” The miracle was done with editing. They’d use the lines they wanted and assemble it all. I think we went to studio 3 or 4 times. There were some group lines, like “You blockhead, Charlie Brown,” that we did as a group. We’d have to make 3 or 4 attempts.

Were you excited to be cast as Lucy?

Sally: It was a good thing. I had no idea how bratty my voice was, but all my neighbors were like, “Oh yeah, she’s Lucy all right!” The neighborhood knew before I did! Lucy was more fun to play. You get to say what you think! She’s such a smart aleck. You get to really embrace that crabby person within you and it’s okay.

Do you have any favorite anecdotes from the recording sessions?

Sally:  I suppose one of my favorites was when we were all sitting as a group, having lunch at The Hippo, which was a hamburger joint. They were trying to figure out who to cast as Peppermint Patty. One of the daughters of a producer spoke up and said, “Please pass the salt.” Lee Mendelson said, “That’s it!” She had a wonderfully raspy voice. That’s about how free-form it was.

My sister worked for Lee Mendelson, and one Christmas he called the house and said, “I’m here with Lee Guaraldi and we’re trying to write the lyrics for ‘Christmastime Is Here.’ What represents Christmas to you?” We were all sitting around the table offering ideas: happiness, cheer, fun for all. So I feel that in some ways my family contributed to the creation of that song.

Jefferson Airplane was recording in the studio when we were, and they were more excited to meet us than we were to meet them! But I think we were pretty tickled. 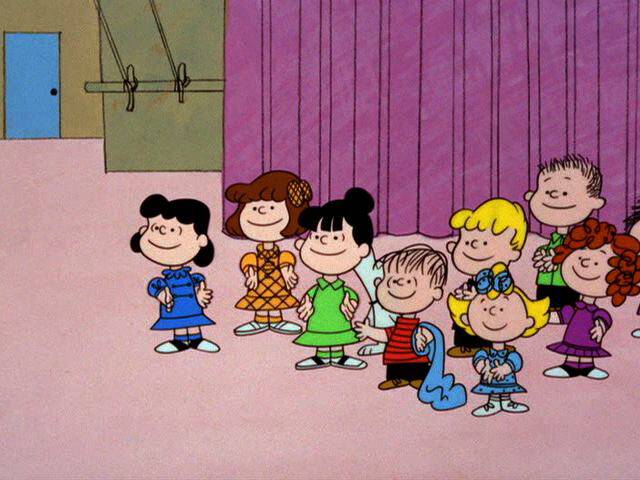 What did you get paid?

Sally:  I got paid a whopping $100 per show! It was the 60s and an unknown thing. My mother’s philosophy was, “Whatever—just have fun.” That’s what it was about. I occasionally get residuals, sometimes 9 dollars and 33 cents, sometimes a couple hundred dollars. I had to put it in a college fund. Fortunately, I went to a state school in California!

Were you a celebrity among your friends?

Sally:  I think so, but it was so short-lived. As teens, we didn’t watch it at all. I was kind of mortified to be that cranky girl. But I don’t have that problem anymore. Now I love it.

Did you ever meet Sparky?

Sally:  Yes, I met him at least 4 times. We went up to Santa Rosa to do a photo shoot for a book called Charlie Brown and Charles Schulz. He was working on a strip at his drafting table, and he explained to me that he felt he had to do a term paper every day. He was a kind and gentle and soft-spoken, very impressive guy.

Do you ever find yourself using the dialogue in your real life?

Sally:  Oh, absolutely—all the time! I work as a volunteer dog technician in an animal clinic, and I always say “Dog lips are not poison! No iodine! No ‘blecch’!” I’ll find myself saying, “I got a rock!” It’s always right there.

“Snoopy’s got to be my favorite character, really. I love Lucy’s frankness and willingness to say anything, but Snoopy’s the most entertaining thing ever.” – Sally Dryer

The generous Peanuts gang sent me these two BEAUTIFUL hardcover books, It’s The Great Pumpkin, Charlie Brown and A Charlie Brown Christmas. Each of these contain so many awesome details on the making of the TV specials. Definite keepsakes. And a little chocolate does hurt! They also sent me a delicious bag of Peanuts Crunch bars. I’m ashamed how quickly they were gone so I just won’t tell you about that.   😉

They are offering one of my readers this same fantastic prize pack!  Sweet! (pun intended)  This giveaway is open to US residents ages 18+ and will end at 11:59pm ET on October 6, 2014.