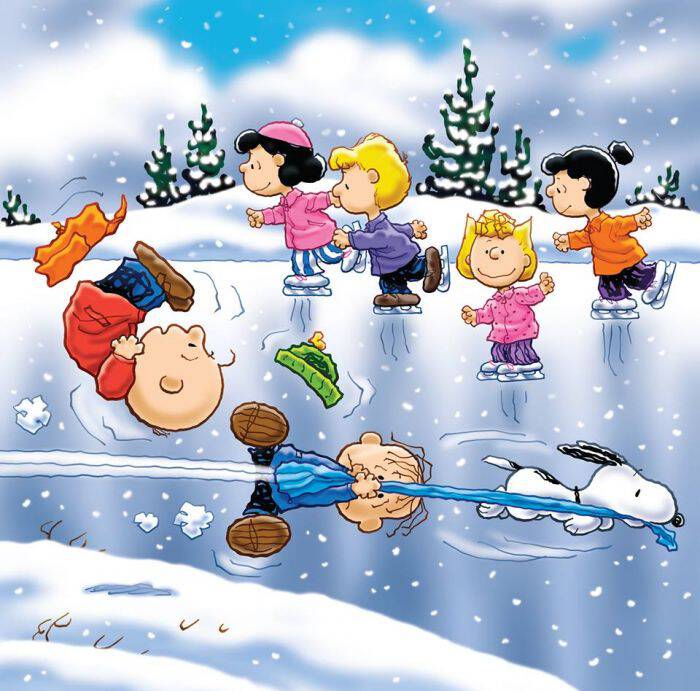 The celebration of A Charlie Brown Christmas continues! Be sure to check out my interview with Jill Schulz, daughter of creator Charles Schulz, and Sally Dryer, voice of Violet and Lucy. So fun learning the inside scoop from these women! More recently I had the chance to do an interview with David Benoit, contemporary jazz musician and Peanuts composer who is the man behind some of our favorite Peanuts songs!  Read our interview below, and be sure to get all the way through to find a great giveaway just for my readers!

When did your passion for Peanuts and the Peanuts music begin?

David: When I started reading strip at 8 years old; this was in the ’60s. I followed it very closely every day. Then I watched A Charlie Brown Christmas—we all gathered around the TV to watch it. It’s been a lifelong thing.

What was it about music and the brand that appealed to you so much?

David: Well, it was Charlie Brown and he was a loser! He was depressed a lot, and I was having a childhood like that myself [laughs]. I related to him, and felt I had a kindred spirit out there. Then the music was jazz and piano and upbeat and fun—I got hooked on it right away.

Were you playing piano then?

David: Just starting to get into it.

So you feel jazz is the right genre for Peanuts music?

David: I do. The kids are very sophisticated, their emotions, their vocabulary. Peanuts was one of first strips to do that—to have kids speaking intelligently, expressing deep emotions. Jazz, because of its sophistication, seemed to work very well.

After Vince Guaraldi died, they tried using other composers; many of them, like Judy Munson, were very good. But she approached it from traditional cartoon composing, and it wasn’t the same. Upbeat jazz just hit a spark. They were looking for another jazz pianist to start writing music, that’s how they found me.

Can you elaborate on your professional connection to Peanuts and how that came about?

David: I had recorded Linus and Lucy on a record called This Side Up. At that time, no one had ever covered it. I did it, then it opened up a new group of fans. I also recorded Christmastime Is Here on an album called Christmastime. Lee Mendelson’s wife, Debbie, said, “Lee, you should check out David Benoit.” And he and I hit it off. It was one of those magical relationships that really worked. They were trying out several other jazz musicians, Dave Grusin, Dave Brubeck, George Winston, Wynton Marsalis, and me. We just clicked. Not long after that I became the official composer, but it wasn’t official until I met Sparky. That’s what you called Mr. Schulz because that’s what he asked you to call him. But it took me a while to get used to that!

Do you ever worry you won’t be taken seriously for associating with Peanuts?

David: Not really. I’ll tell you what I worry more about: When I started early on getting into the business of playing jazz that was happy, it got the moniker “smooth jazz.” Now that’s become the butt of a lot of jokes, like, “If the machines broke, you couldn’t make smooth jazz.” I worry more about that than I do about doing Charlie Brown music. There seems to be a certain reverence for Vince Guaraldi—there’s a respect. You just don’t mess with it. To me, it’s very honorable. The most common compliment I get is, “Oh, you wrote the Peanuts theme” or “You wrote Linus and Lucy.” I say, “No, that would be Vince Guaraldi.” But I’m honored. It’s totally a positive thing for me.

What was your favorite piece of Peanuts music?

David: Of course, Linus and Lucy is the most popular one. I like Christmastime Is Here, that’s still one of my all-time favorites. Another one I like wasn’t written for Charlie Brown Christmas, it was written for a documentary on Charles Schulz—it’s a piece called Pebble Beach. A lot of hardcore fans will know that one.

What makes the Linus and Lucy theme so memorable?

David: It’s one of those immediately recognizable motifs—you’ve got the left hand movement, then the right hand comes in, and it’s highly syncopated. It just gets everybody happy. The power of music.

What is it about A Charlie Brown Christmas and its music—what would the special be like without the music?

David: It wouldn’t have quite the same charm and appeal. It’s a perfect marriage. You can’t imagine one without the other. It must have been fate that brought Vince Guaraldi to Lee Mendelson. I know from writing original music for Peanuts, Vince Guaraldi was always the reference point.

Why has the special remained so beloved?

David: It might be the simplicity in its message, that Christmas has become so commercial. It’s so simple and heartfelt. It has the makings of a classic because it’s so simple and so heartwarming.

What’s next for you?

David: I’m working on my first all-vocal album. We’re talking with an artist named Jane Monheit, getting the songs ready for that. I’m getting ready to do a tour of The Music of Charlie Brown, starting in December and going all across the country. You can find the dates and cities on my website, benoit.com.

Do you still watch the specials and listen for the music?

David: I’m often traveling, and I don’t make it a point to watch them. Usually when the Christmas one comes on, we try to watch as a family.

Who is your favorite Peanuts character?

“It’s Charlie Brown. However, I think Schroeder would have to be a close second! That would tell the whole story about me. I like Snoopy, but I’m not hip enough, not quite that cool.” – David Benoit

The generous Peanuts gang sent me this totally fun set of goodies to gear up for the holidays!

Decoration is the name of the game at holiday time—and with this month’s festive giveaways, you can decorate your home and yourself! First, give your nails the Halloween spirit with these adorable Great Pumpkin–themed nail polishes from OPI. LOVE this set! Then make your holiday home even more adorable with one of these miniature Peanuts ornaments. (Product selection subject to availability.) And you’ve got the perfect soundtrack for your tree-trimming party, courtesy of this month’s interview subject, jazz musician and Peanuts composer David Benoit, whose classic CD, 40 Years of a Charlie Brown Christmas, offers Benoit’s gorgeous take on the music we all love so much.