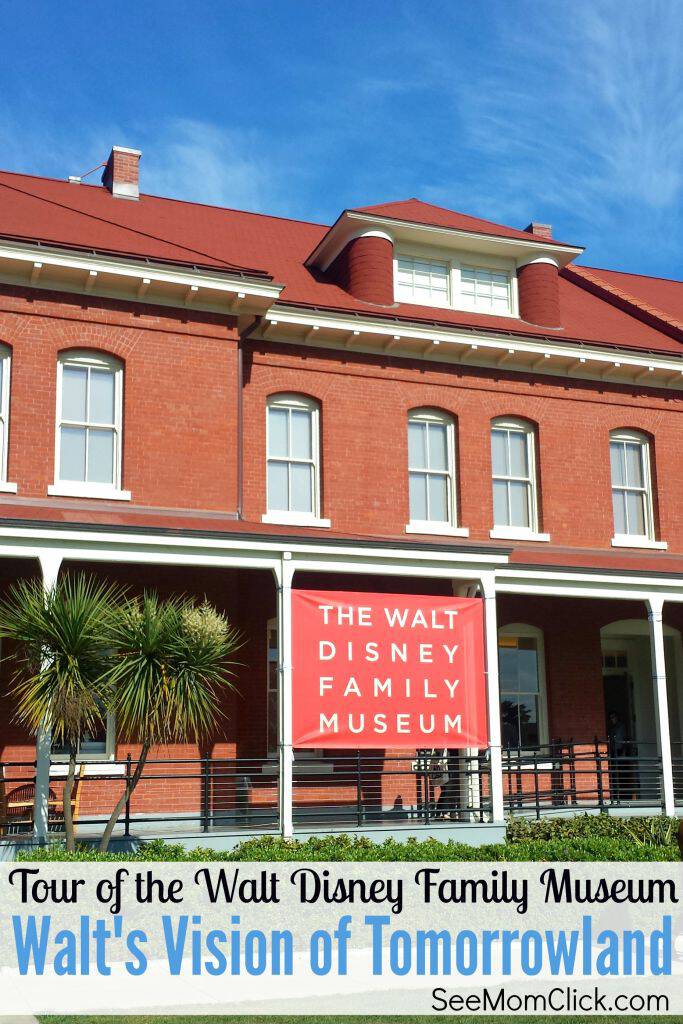 I’ve got more #InsideOutEvent coverage today and am sharing my tour of the Walt Disney Family Museum in beautiful San Francisco. This gorgeous museum is right full of Disney history from Walt’s birth in 1901 to his death in 1966. Let me show you some of my favorite parts of the guided tour I enjoyed. 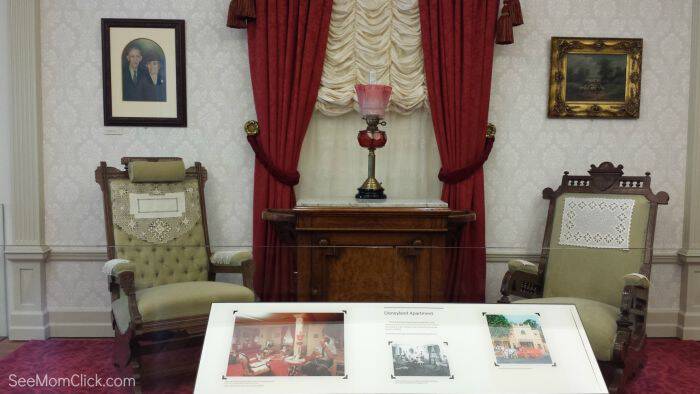 In the lobby area you’ll find Walt and Lilly’s living room. In the pictures at the bottom of that photo above you see them relaxing in it with their grandchildren. 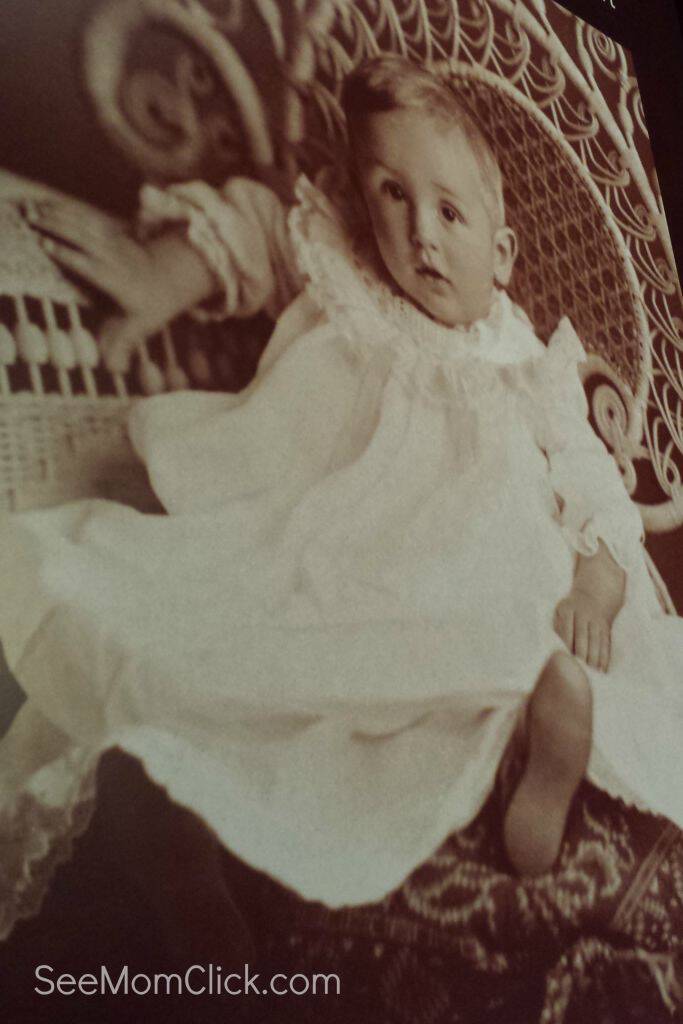 Here’s little baby Walt! This cute baby, one day to become a legend, was born on December 5, 1901.

Here’s a picture of Walt with the ambulance he drove in World War 1 in France. See the cartoon on the side of it?

This is what the ambulance would have looked like.

Walt started his dream with his brother Roy and a new camera.

The Museum is full of inspirational quotes on the walls. It’s really amazing to see that they just had a passion and interest in something and grew Disney into what it is today.

This is the earliest known drawing of Mickey Mouse.

I LOVE this quote! Walt had a vision and a dream and he went for it and look how it paid off. What an inspiration.

This is one of my favorite spots in the museum. This bench was one of the originals in Griffith Park where Walt watched his daughters ride the carousel, and where he brainstormed the idea for Disneyland, a park that families could enjoy together.

Walt was such a forward thinker, always envisioning what the future could look like.

His last project, Epcot Center (my FAVORITE place in Disney World!) was based on a his ideas about what the future could look like. Travel, exploration, invention.

Disney’s TOMORROWLAND comes out in theaters on May 22 and is rated PG and I love how Walt’s vision of tomorrow is tied into this futuristic film. Take a look:

Keep all of this in mind when you go to see the film. It looks awesome!

Finally as the Museum tour ended, the timeline lead us to Walt’s passing. I almost teared up in this room that showed all of the reactions from cartoonists and publications around the world. Such a huge loss. But his legacy has only grown and as a Disney-loving family I’m so thankful for his inspiration, creativity, willingness to take chances, and his vision!

Kids today can thank him too, especially those local to San Francisco. The Walt Disney Family Museum offers courses and classes in filmmaking and animation on their lower level. I want to take a class myself! This student is learning how to animate in the digital studio.

More classes and programs are offered in this space. Pixar animators come in and teach some of the classes, so they’re learning from the best! Visit the Walt Disney Museum website for more info about these classes and so much more. You can follow along on Facebook and Twitter to keep up with the latest news!