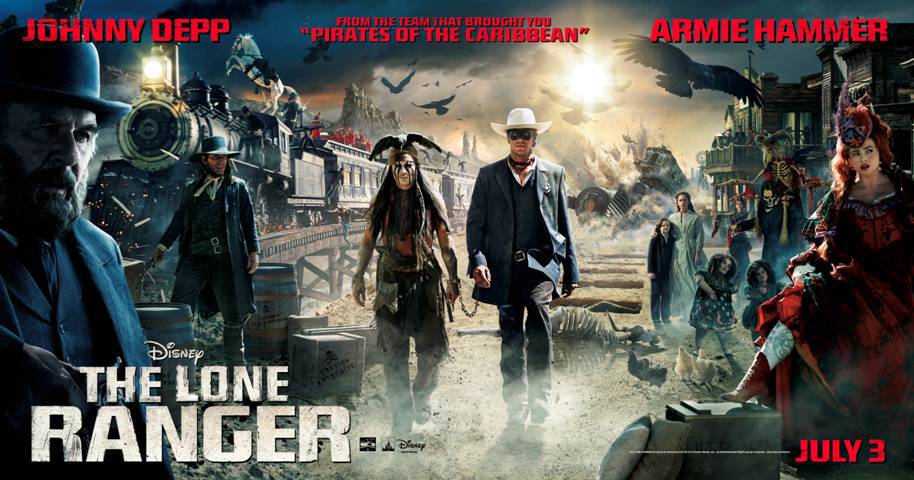 The countdown has begun! The Lone Ranger hits theaters on July 3, just a couple of weeks away!  I have two more awesome featurettes for you to check out. I’m so excited for this movie!  This first one, The Craft, is so cool. Poor Johnny Depp even falls off his horse but he’s tough and keeps being awesome.

Pretty cool, right? So much action in this movie.  This next clip is called Hi Ho Silver. I love this one!  Check out how they get the horses ready for filming.

Awesome stuff! I can’t wait to see this movie.