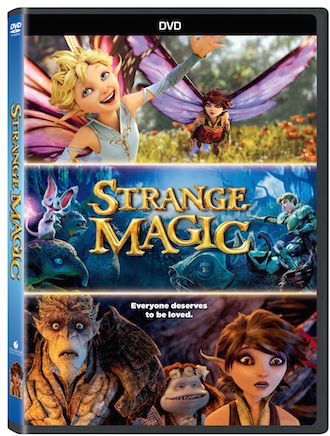 STRANGE MAGIC on DVD, Digital HD/SD and On-Demand releases on May 19! We took the kids to see this one in the theater and we really enjoyed it. It’s full of great music that moms and dads will be singing along to, and the imagery is really stunning. Beautiful colors!

I have a bunch of free printable activity sheets here for the kids! Follow STRANGE MAGIC on Facebook and Twitter for the latest. You can now pre-order STRANGE MAGIC to add to your home collection!