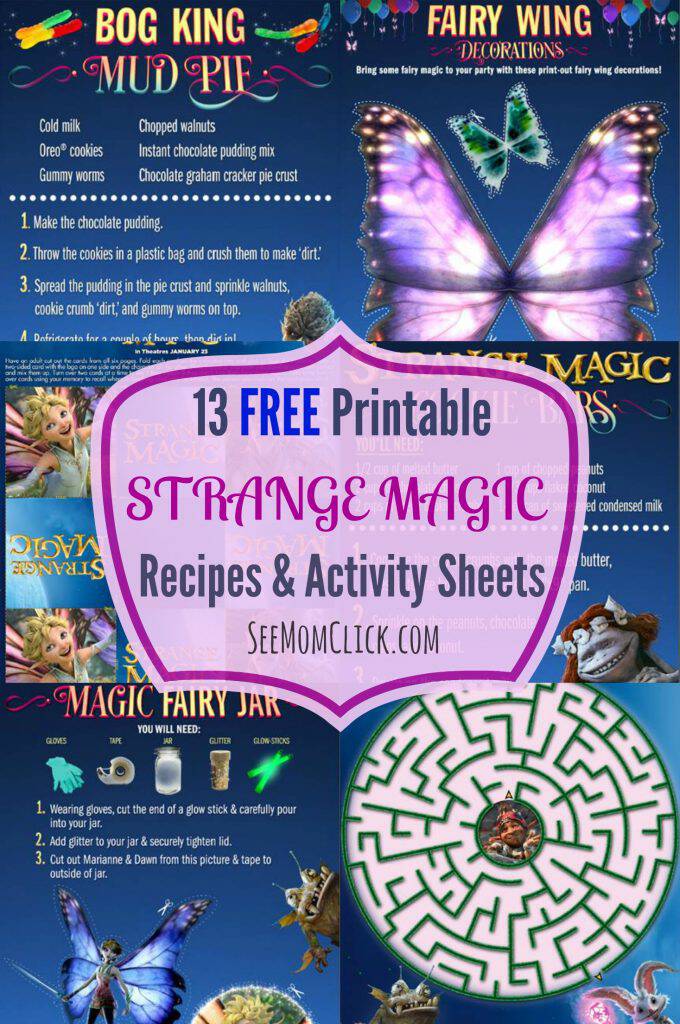 Woohoo! It’s here! I’ve been so excited about this movie and STRANGE MAGIC hits theaters today, January 23. Make some weekend plans with the family and go see it! I can’t wait to take the kids.

You can get in the STRANGE MAGIC spirit with these 13 free printable activity sheets and recipes inspired by the movie. Mud Pie sounds pretty amazing to me. There are even party invites and thank you cards making it super easy for you to throw a STRANGE MAGIC party, too!