Nintendo hosted me in NYC for a media event to play with their upcoming WiiU and 3DS releases.  No other compensation was given. The opinions and experiences in my posts are 100% mine.  You can read my full disclosure policy here.

Earlier this week I shared with you an early look at a couple of Nintendo 3DS games that will be releasing in the coming months.  They were so fun to play with, but I have to be honest, I fell in LOVE with the Wii U! I’d never played with one before this media event and you guys, it’s SO much fun.  I want one for Christmas for me. And maybe if the kids are lucky I’ll share.       😉          Here’s the scoop on the upcoming Wii U releases.  Good stuff, my friends!

Mario Maker – Releasing First Half of 2015 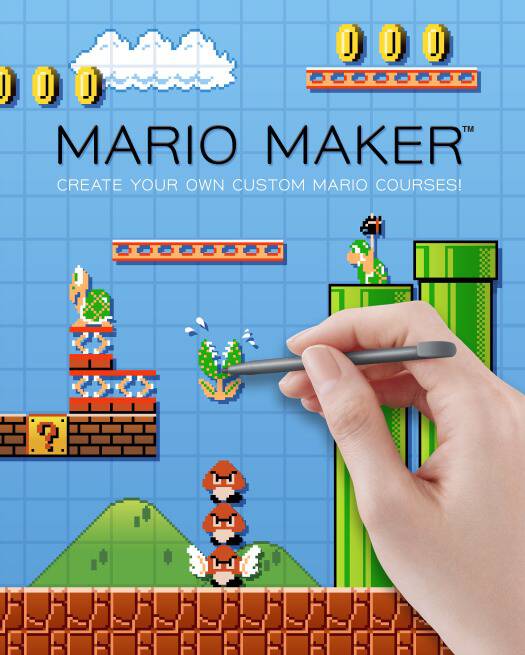 Mario Maker was the first Wii U game I got to play with and hands down my favorite. I was totally 12 again ready to save that princess.  Except in this game, you get to design your own 2D levels! 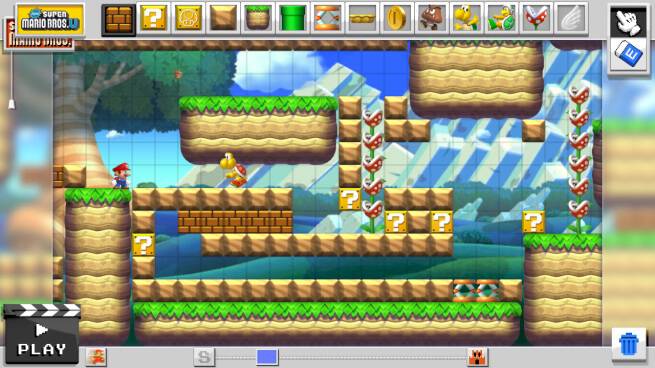 You can add all the pipes and coins and bad guys you want.  And then you can play through and let others give your levels a whirl, too.  Players use the GamePad touch screen to add the elements they want.  All it takes is the tap of an icon to switch from this new and improved HD world and the old school 8-bit Mario you see below. 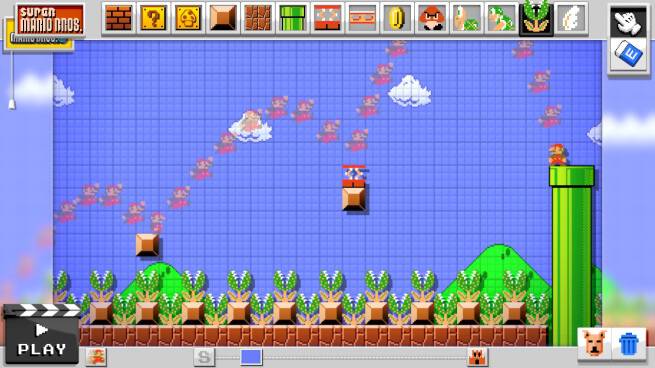 Go ahead and stack up 15 Goombas and see how far you get.When you realize that might  not be a good idea, you can easily go right back into edit mode to change it. It is SO much fun! Who wants to play? You know you do!

Mario Party 10 is the first installment of the series on the Wii U console and guess who’s crashing the party? Bowser! But the fun part is that in these mini-games one of the players gets to BE Bowser and go head-to-head with up to four other players.

The player using the GamePad (on the right in this pic) is seeing things from Bowser’s point of view, throwing fire at the other four players. Game on!  This is a blast to play with your friends… and kids, who sadly totally crushed me in this game.  ha!

There are a bunch of fun games included in this title and the HD graphics are truly amazing.  The thing I liked about this one is that I think my youngest would easily be able to jump right in here and compete.  Simple concepts, yet totally fun.

Yoshi’s Woolly World is like WHOA in terms of HD graphics. It was this game that really stood out to me for the amazing display on the screen. The colors and textures are so vibrant. It feels like you could reach right out and touch actual yarn on your TV screen!

Yoshi is so adorable, knit from yarn, and the whole playing environment is made of yarn, felt and other similar textures. Can you tell how amazing the graphics are? Players make their way through the world by unraveling yard to reveal secrets, and then weaving platforms to move from one place to the next. No worries. Previous sewing experience is not required.

Up to two players and join forces in Yoshi’s Woolly World to explore together.  This is is a feast for the eyes and the imagination!

Mario vs. Donkey Kong will be out in 2015 and it’s a little more challenging than the other games because it requires a different way of thinking. Instead of moving your characters around an environment, you’re manipulating the environment.

Players use the touch screen to make bridges and remove them so characters can move through each level. It takes a little getting used to but it’s really fun once you get the hang of it.

Players can also create puzzles in the level-creation mode and then share them with others in the Miiverse.  So it’s really interactive and there are a few different ways to play.  I love how different this game is from some of the others.  Very unique!

Mario vs. Donkey Kong lets you manipulate the background, not Mario. Unique way to play on the #wiiu. #nintendo pic.twitter.com/QV9vkz4s5Y

Kirby and the Rainbow Curse – Releasing 2015

Kirby and the Rainbow Curse is another win in the HD graphics department.  Just look at the colors!

Players use the touch screen to draw lines of rainbow-colored clay rope to move Kirby around the screen.  The backdrop is beautiful, isn’t it?

Throughout the game Kirby explores a few different environments including an underwater level where he wears a cute little swim mask. And when his power level gets too low you’ll spot a rainbow bandage on his head.  I love it!

If you’re looking for a new game to put in the Christmas stocking this one will be out just in time.  Captain Toad: Treasure Tracker provides another innovative way to use the touch screen to play.

Players can twist the GamePad to peek behind corners and get a closer look at some hidden locations to reveal secrets…and dangers!  That movement really allows you to feel like your part of the scene and not just moving your character through the level.

This is what one of the scenes looks like so you can see how you have to move inside of and behind some of the columns to check out every nook and cranny.  A very cool way to play! This game comes out for the holiday 2014 rush.

Check out the Nintendo E3 2014 features to learn more about all the new games that are coming to the market soon.  Be sure to follow Nintendo on Facebook and Twitter to be the first to know about their new releases.  It’s going to be a hot holiday season and 2015 for the gamers! I can’t wait!