Nintendo hosted me in NYC for a media event to play with their upcoming WiiU and 3DS releases.  No other compensation was given. The opinions and experiences in my posts are 100% mine.  You can read my full disclosure policy here.

Back it the day when I was a kid I was all about my Nintendo.  I played Super Mario Bros. until I rescued that princess, baby. The games and graphics of today sorta blow what I was doing as a kid out of the water. They are ah-mazing.  I had the chance to get a sneak peek of some of the upcoming releases for the Nintendo 3DS and Wii U (check out the Wii U post too!) and am excited to share with you what I played with. If you’ve got a kid who loves their 3DS, or has one on their wishlist, check out these games and you’ll have an early jump on your holiday shopping list. 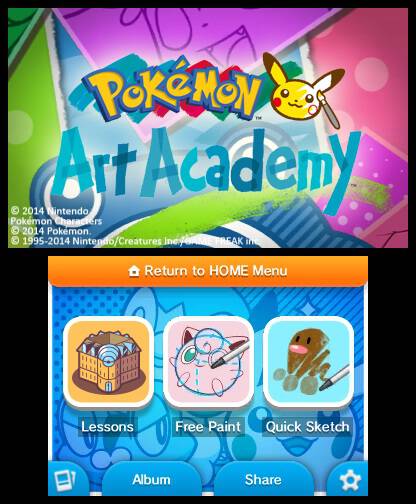 They learn how to draw the basic shapes needed to create characters and expand their skills to include more advanced techniques like shading and blending. I like that because it’s easy enough for a beginner artist but will still hold the interest of an older child.

Another cool feature of this game? Once the kids’ drawings are complete, you can save them to an SD card and print them out, or share them via Miiverse.

Fossil Fighters Frontier is the latest in the Fossil Fighters series and now players can hop into their vehicles and head off to uncover dinosaur bones.  Unearthing them will bring the ‘Vivosaur’ to life and allow him to take on other Vivosaurs. You can even join forces online with other players to excavate a site together in a 3-person team, and then go to battle with another team for up to a 6-person game. Fun!

The Nintendo 3DS touchscreen lets players use tools like hammers and drills to uncover fossils, and there’s some skill involved here too. The cleaner you get your bones, the more effective a fighter your Vivosaur will be.  Each vehicle has different strengths and weaknesses as you explore the exotic landscape. So choose wisely!  This one looks like serious fun for dino fans.

Check out the Nintendo E3 2014 features to learn more about all the new games that are coming to the market soon.  And stay tuned for that Wii U post I’ll having coming up shortly. UPDATE: Here’s the look at upcoming releases for Wii U!  I had SO much fun playing those games! Follow Nintendo on Facebook and Twitter to be the first to know about their new releases.