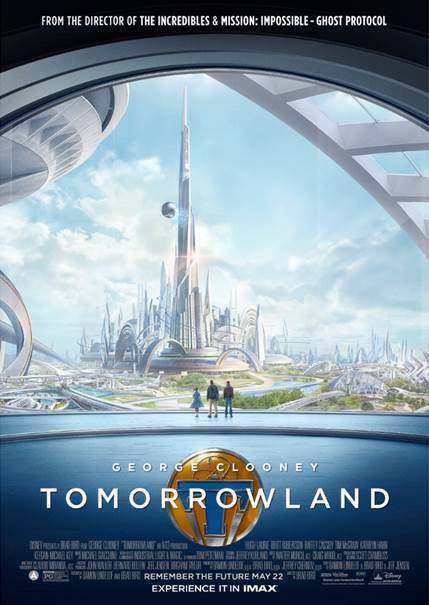 Disney’s TOMORROWLAND comes out in theaters on May 22, 2015 and I have TONS of new stuff for you to gear up for this film. I’m excited to see this one. It looks so interesting – sci-fi, entertaining, but a PG movie so family friendly. If you’re heading out to see AVENGERS: AGE OF ULTRON at the IMAX theater anytime soon, you’re in luck:

A special presentation of the TOMORROWLAND, featuring more than six minutes of footage to be introduced by director Brad Bird, will screen exclusively in IMAX® theatres domestically and in select international markets beginning May 1. The extended first look of TOMORROWLAND will screen directly prior to Marvel’s AVENGERS: AGE OF ULTRON and will play for the duration of that film’s run in IMAX.

Woot! I haven’t been able to get to the theater to see AVENGERS but my friends that went LOVED it. I’m Thor deficient in my life. I really need to get there! Check out the new character posters, fun new insider looks through these featurettes, and the action-packed new third trailer below! 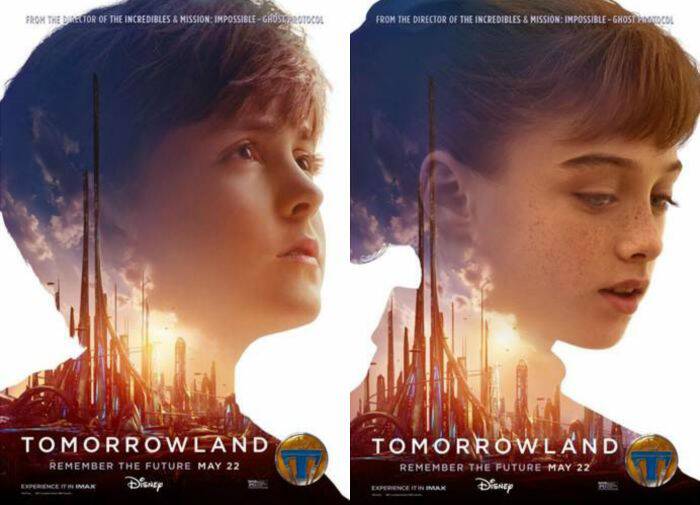 This featurette is awesome. Any LOST fans out there? I loved that show so when I watched this I noticed right away the Screenwriter is Damon Lindelof, the co-creator of LOST. That right there tells me this is going to be an awesome movie!

This featurette is really cool because it ties in Walt Disney’s idea of ‘Tomorrowland” and what the future could look like.

Looks awesome, right? I need to see the whole film to figure out what’s happening here, how they seem to be jumping from the present to the future.