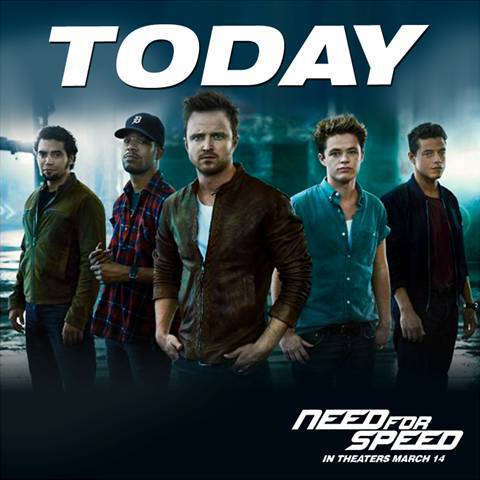 Need a date night movie? NEED FOR SPEED is in theaters everywhere now!  So much action and adventure! Check out the trailer:

I have more pictures for you too.  Go check it out! This is going to be some seriously action-packed fun! Stay up to speed (get it?!) with all the latest NEED FOR SPEED news by following along on Facebook and Twitter.

NEED FOR SPEED is in theaters NOW!