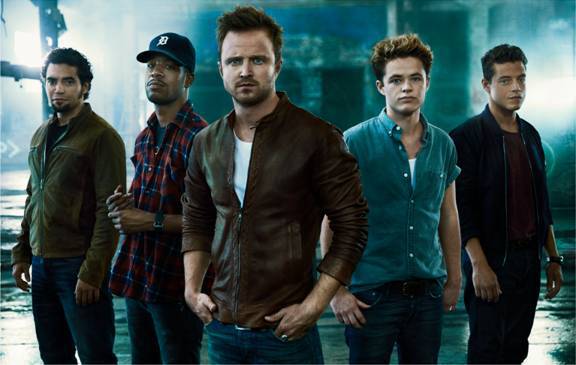 Well, hellooooo!  NEED FOR SPEED will be hitting theaters on March 14.  I have some friends that have screened it already and said it’s awesome! I’m excited to check it out, too. I have a new behind-the-scenes look for you.

NEED FOR SPEED – The Guys

I think it’s safe to say they had fun filming this movie!

I have the trailer and more pictures for you too.  Go check it out! This is going to be some seriously action-packed fun! Stay up to speed (get it?!) with all the latest NEED FOR SPEED news by following along on Facebook and Twitter.  Of course I’ll keep you posted too!