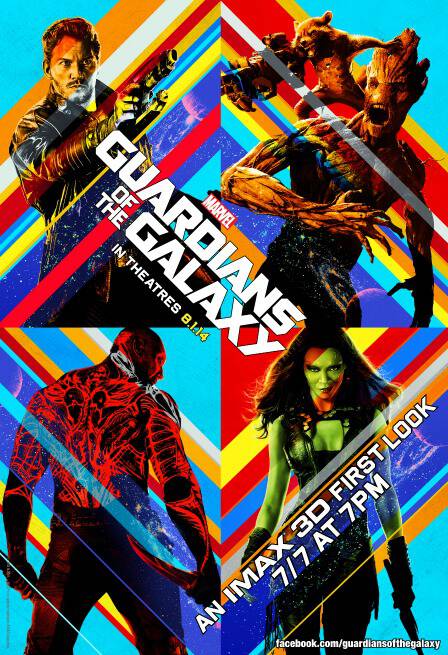 Are you ready for Marvel’s GUARDIANS OF THE GALAXY to hit theaters on August 1? If you just can’t wait that long you’re in luck. Marvel’s “Guardians of the Galaxy”: An IMAX® 3D First Look, featuring 17 minutes of exclusive footage from the highly anticipated summer blockbuster GUARDIANS OF THE GALAXY will sneak peek in 150 IMAX® theatre locations across North America on July 7th at 7:00pm!

Select IMAX 3D® theatres nationwide and internationally will offer the special screening of thrilling, never-before-seen IMAX 3D footage of the James Gunn-directed epic space adventure, which opens in U.S. theatres on August 1. Commenting on the exclusive footage, director James Gunn says, “We’ve re-mastered some of our epic sequences into the IMAX 3D format, taking the scope and scale to new heights while creating a truly immersive, cinematic experience that will take you further into the Marvel Universe than ever before.”

Frst look at @Marvel‘s GUARDIANS OF THE GALAXY in #IMAX theaters on 7/7 Tickets are free! http://t.co/B8GJzUOPK8 #GuardiansOfTheGalaxy