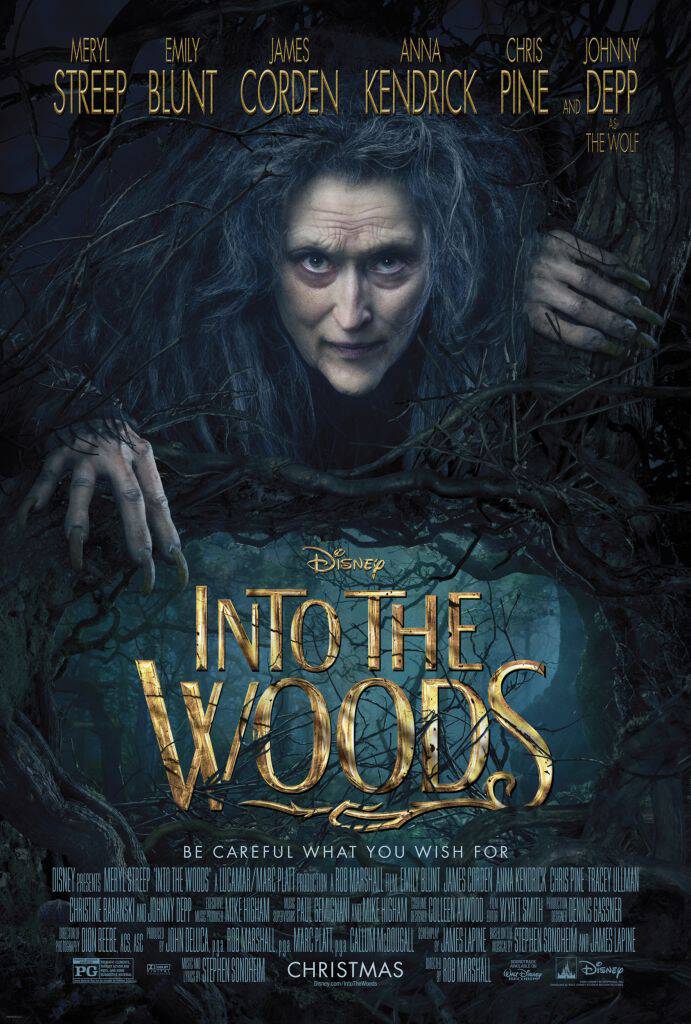 Disney’s INTO THE WOODS comes out in theaters on Christmas Day. I can’t wait for this movie! Doesn’t it look SO SO good? Meryl Streep just looks incredible in this role.  Love this creepy new poster!

I have the teaser trailer and bunch more pics from the film.. Check out the entire cast (amazing!) and be sure to follow INTO THE WOODS on Facebook and on Twitter to stay up to speed. I’ll keep you posted, too!