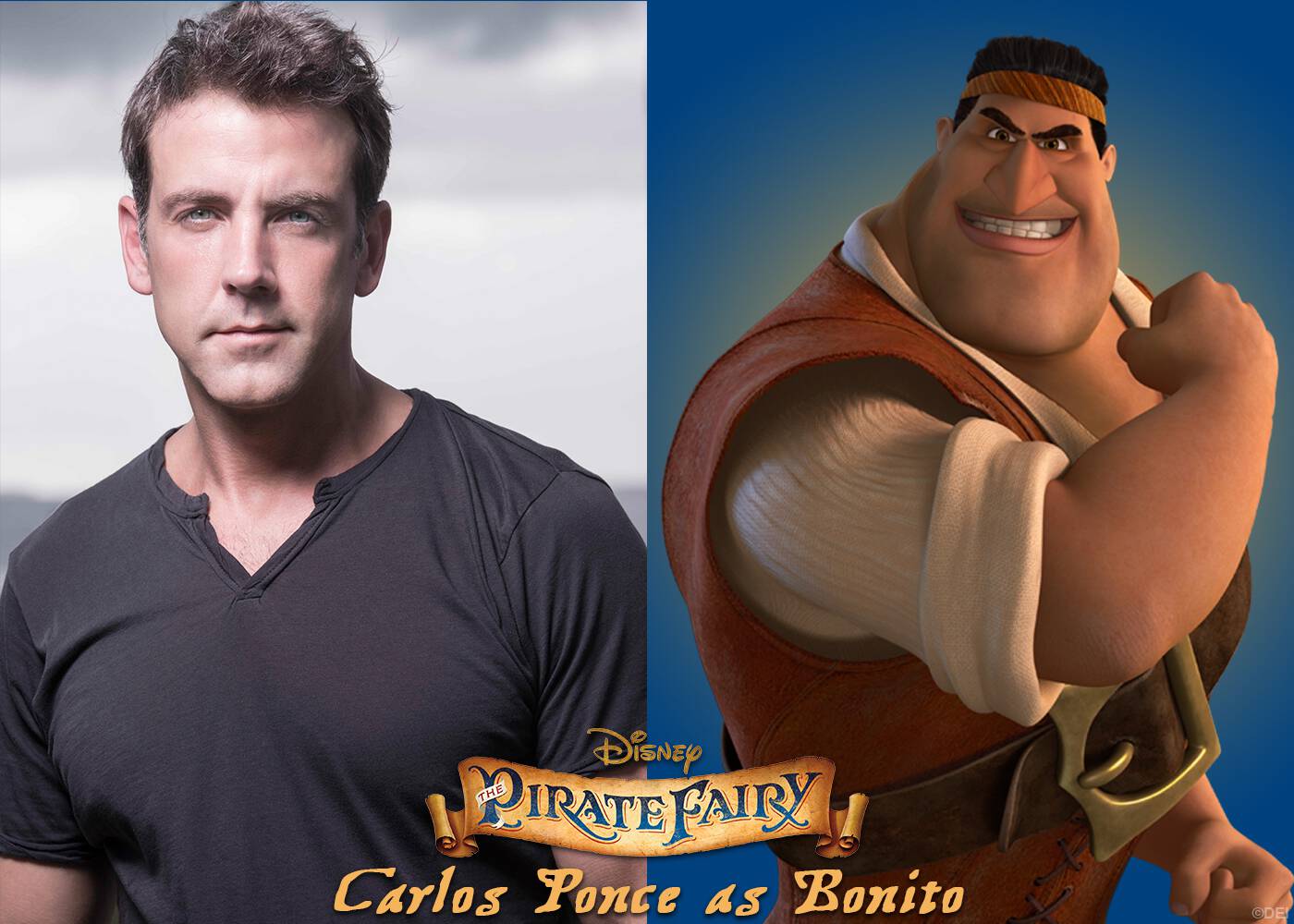 Disney’s “The Pirate Fairy” will be coming out on Blu-Ray Combo pack on April 1, 2014.  Very soon! We can’t wait for this film.  And now we have even more to be excited about!

Disneytoon Studios called on actor/singer/composer Carlos Ponce to fill the shoes of sensitive pirate Bonito in “The Pirate Fairy.” Serving as rigger alongside James and Zarina in the film, the huge Spaniard can throw a harpoon a hundred yards. But Bonito is quite passionate about sewing, not only the ship’s sails, but also applying dainty double-stitched seams to his fairy captain’s tiny outfits. The swashbuckling new adventure about an ambitious, but misunderstood dust-keeper fairy who joins forces with a band of pirates sets sail April 1, 2014.