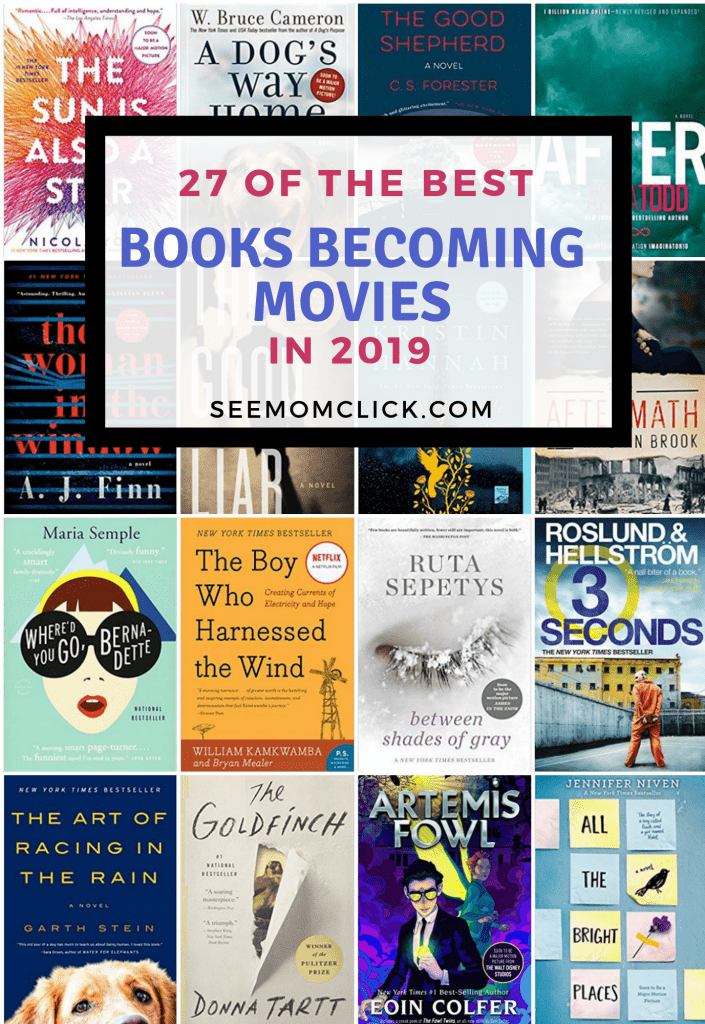 I’m one of those annoying people that always says, “The book was better.” Though I have to say, some movies are a very close second. It’s time for my list of books becoming movies 2019. Missed previous years’ lists? Here are the links:

Let me know which ones are on your must-see list!

The Aftermath – March 15 | watch the trailer

The Impossible – April 2019 (movie is called BREAKTHROUGH) | watch the trailer

The Best of Enemies – April 5 | watch the trailer

The Art of Racing in the Rain – September 27

The Woman in the Window – October 4

The Call of the Wild – December 25

All The Bright Places (no official release date yet)

The Nightingale (no official release date yet)