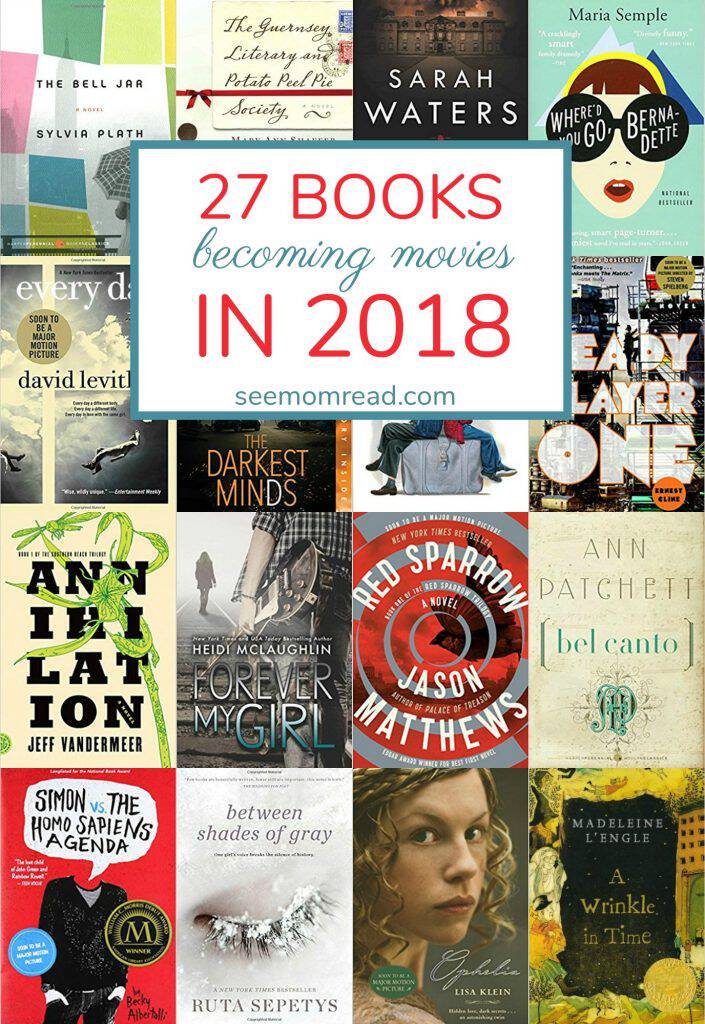 I love books to film. It’s so cool to see the adaptation from the pages to the big screen. I’ll admit, I almost always agree with the adage ‘the book was better‘ but there’s something special about seeing your favorite characters and stories brought to life.

It’s time for one of my favorite annual posts (did you catch the lists in 2015, 2016, and 2017?). Here are the books becoming movies in 2018, and we have a few with TBD (to be determined) release dates. Sometimes those end up coming out the next year so we’ll just wait and see. Which ones are you most excited about? Grab them and get reading!

Every Day – February 23 (watch the trailer)

The War With Grandpa – February 23

A Wrinkle In Time – March 9 (watch the trailer)

The Girl in the Spider’s Web – October 19

Which ones are you going to try to read before the film hits theaters?