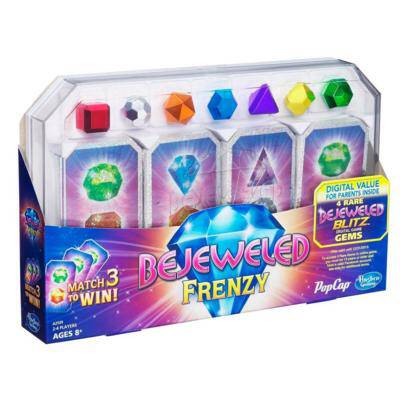 A few months ago we had the chance to review this Bejeweled board game and it quickly became a family favorite.  My kids, especially my 7 year-old daughter, loves it and so do I. There’s a lot more strategy involved than you might think!  So when we were offered the chance to review this new Bejeweled Frenzy game we were really excited to check it out.  As expected, it’s another thumbs up from my crew! 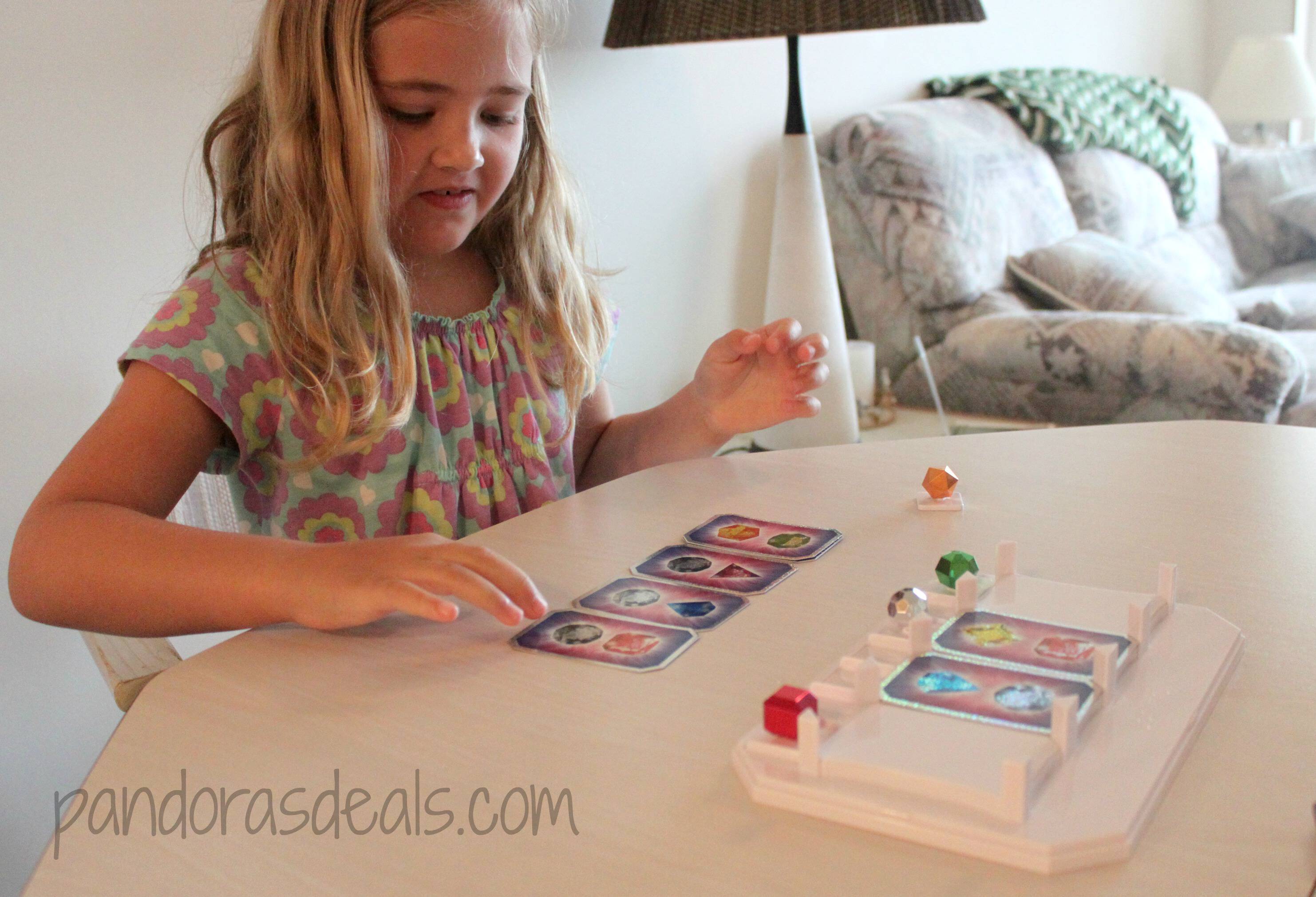 We took Bejeweled Frenzy with us to the beach for a long weekend trip we made recently and when it poured all day long one day we broke it out to play.  I love that it comes in a nice little case to contain all the cards and pieces.  That makes it easy to travel with.  So the concept here is pretty much the same as the other Bejeweled game we have or the online Bejeweled game.  You want to create a line of three gems of the same color and then you can collapse them.  The main difference with the Frenzy game is that you’re doing it with cards instead of the gems.

It’s the card version of the addictive online Bejeweled game! Collapse matching cards and collect gems, and earn bonus points with Boost Gems! When the cards run out, count up points for each card stack and Boost Gem. Whoever has the highest score is the Bejeweled Frenzy winner! The game comes with a link to redeem four Rare Gems to be used in the Bejeweled Blitz online game.

I’m happy to report that I won the first game we played.  Isn’t that terrible?  I’m still competitive! It was a close game, though, and since it was the first time we played we all helped each other strategize during the game.  My 4 year-old son was able to grasp the concept but not really able to think ahead enough to come up wtih a plan of attack. My daughter caught on fast, though!  And my husband and I really had a good time playing.  It’s definitely a fun game. Some games are just…meh…they’re okay but they’re kind of boring. This one really keeps you on your toes without being too difficult to play with kids. It’s recommended for ages 8+ but my 7 year-old did fine with it. Two to four players can play.

Be sure to follow Hasbro Game Night on Facebook to be the first to hear about any new fun games and promotions! Then check out Bejeweled Frenzy on Amazon for some great family fun.  This would be a great gift for a kid’s birthday party!

Hasbro is generously offering one of my readers the same fun game, Bejeweled Frenzy! This giveaway is open to US residents ages 18+ and will end on June 25, 2013.  You can enter to win [HERE].

I was provided with a complimentary Bejeweled game to facilitate this review.  The opinions in this post are 100% mine.  You can read my full disclosure policy here.