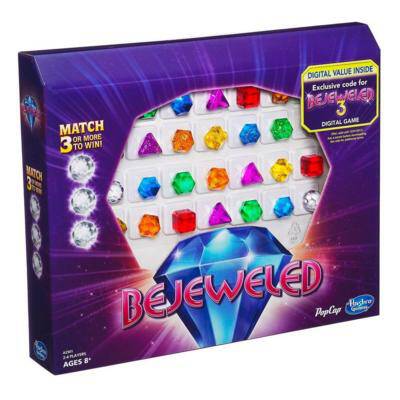 Have you played Bejeweled online?  I’m not much of an online gamer myself but I know this one is super popular! Now PopCap’s hot online game has been made into an awesome board game by Hasbro.  My family got the chance to test out this new version of Bejeweled and it’s quickly become *THE* favorite game in the house! 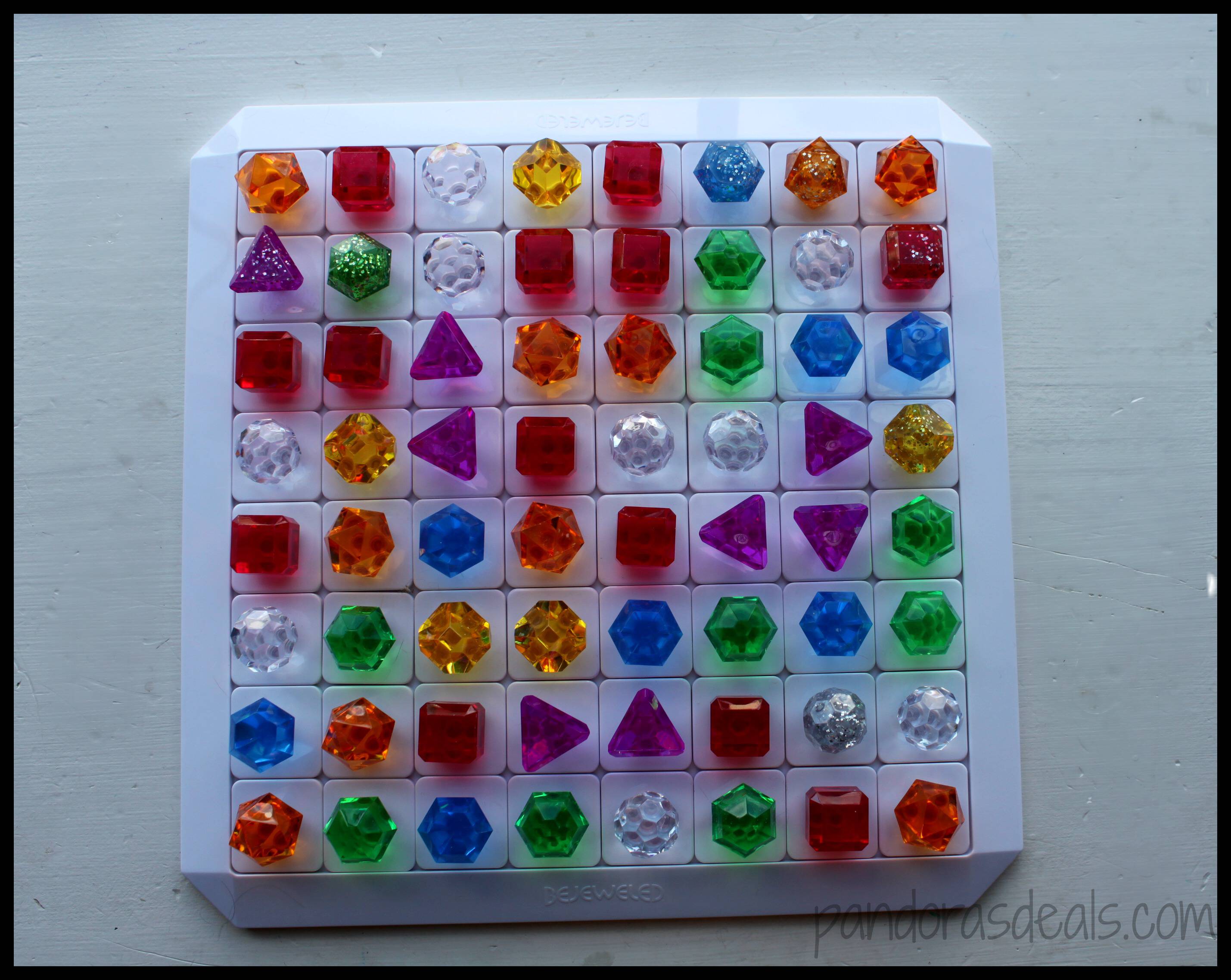 First of all, it’s a pretty game.  Kinda odd word to use to describe a game but it just looks fun to play, doesn’t it?  I was half worried my daughter would run off with all of the colored gems before we’d get the chance to play but thankfully she didn’t.   😀    All the colorful pieces really make the game come to life. We all wanted to rip that box open as soon as it showed up on our doorstep.

Now, I’ve never played the online version before so none of us knew how to play.  Of course the directions were included and they’re really easy.  My daughter is 7 years old and she and I played together and were able to get started on our first game within just a few minutes.  You set up the board with all of the colorful gems and then try to get three like colors in a row by switching two side-by-side pieces. When you make a line of 3 or more in a row you can remove them from the board and earn yourself a coin. The first player to get three sets of three coins of the same color wins! Now that might not be the world’s best explanation since you don’t have the game right in front of you to follow along, but I assure you it’s really simple to catch onto while you’re playing.  My daughter had it all down in no time and she beat me fair and square, the little stinker!  You can see how much fun she’s having but let me tell ya, there’s some strategy involved too!

Bejeweled includes the game tray, 91 three-dimensional gems, 70 colorful scoring coins, and bag for the spare gems you’ll need to add to the board as you play.  The only suggestion I’d have for improvement of the game is to make that bag that holds the spare gems a bit bigger.  We were only ever grabbing the gems right off the top when we refilled the tray and never got to the bottom ones. I dumped them all in a little box I have and we used that instead.  Really, the bag does what it’s supposed to do. But when you’re playing with kids they want to get that gem waaaaay down on the bottom, right?!  Mine do anyway!  Also if you’d like to check out the online game, Bejeweled comes with a download of Bejeweled 3 online! Nice little bonus!

Bejeweled retails for $19.99 and would be a perfect gift for birthdays or holidays.  It’s recommended for ages 8 and up, but my 7 year old was able to play easily.  I think there’s a bit of wiggle room there.  Two to four players can play.  We wrangled my husband into a game later in the day and he loved it too.  We are all big fans already and this game is going to get TONS of play in our house!  Two big thumbs up from us!

Be sure to follow Hasbro Game Night on Facebook to be the first to hear about any new fun games and promotions! Then check out Bejeweled on Amazon for some great family fun.  I think I might love this game as much as the kids!

Hasbro is generously offering one of my readers their own Bejeweled game!  Yay! This giveaway is open to US residents only and will end on April 9, 2013. You can enter to win here when the giveaway is live!

I was provided with a complimentary Bejeweled game to facilitate this review.  The opinions in this post are 100% mine.  You can read my full disclosure policy here.