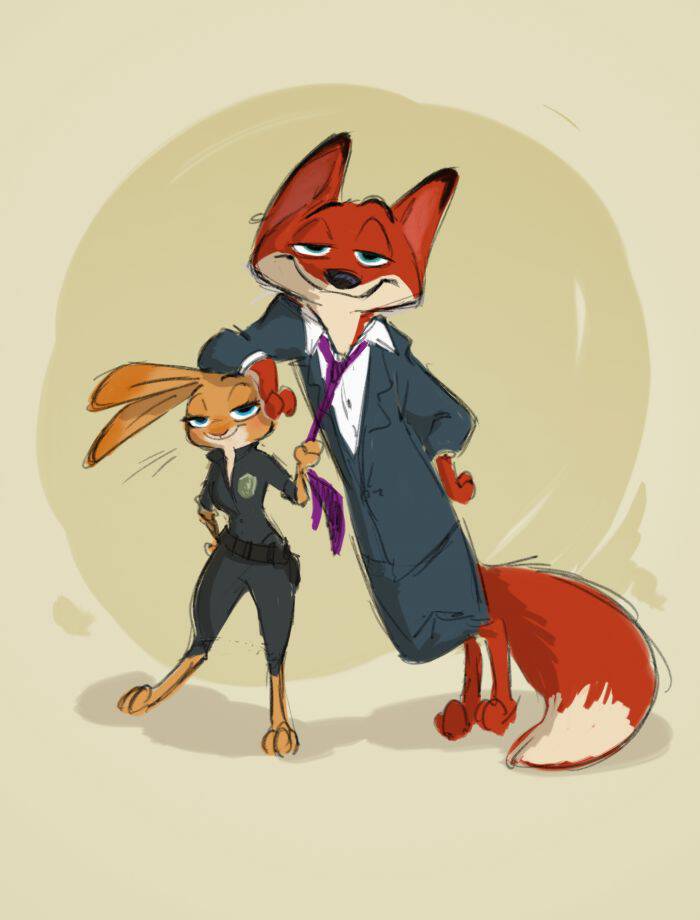 Disney’s ZOOTOPIA will be in theaters March 4, 2016! We’ve been counting down and truly can’t wait to go see it as a family on the big screen. It looks SO, so good! 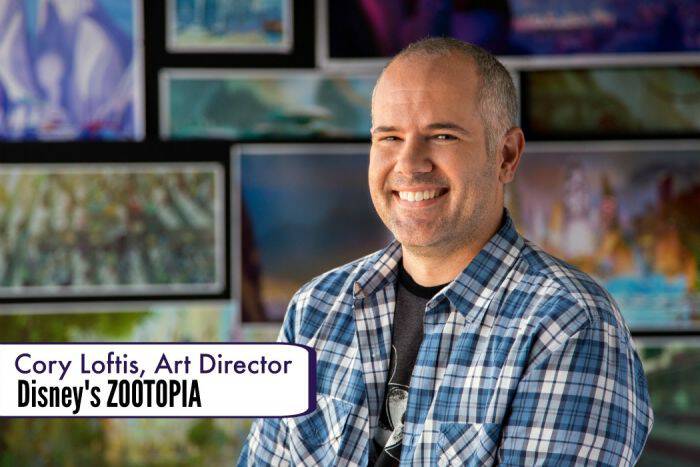 I had the opportunity to interview Cory Loftis, Art Director of Disney’s ZOOTOPIA while I was on Los Angeles for the Star Wars Event and he was so interesting to hear from. He talked to us about how they created the animals in ZOOTOPIA – so many details I hadn’t considered! 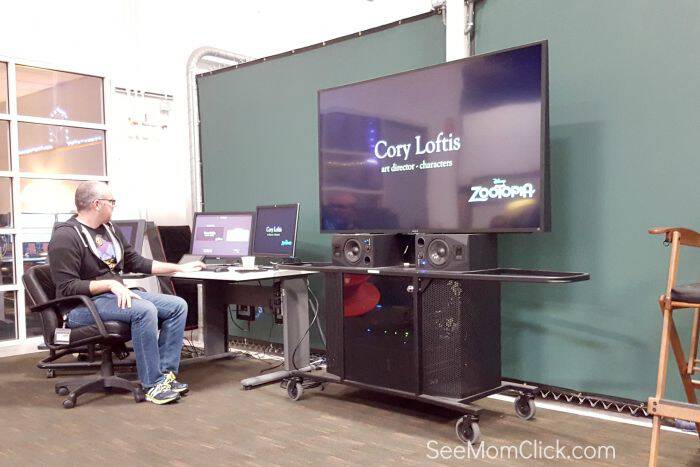 A big challenge in creating the animals was scale. How do the small characters look next to the larger ones? Are they still as detailed? Is their fur as dense?

Where do all animals walk on two feet? In ZOOTOPIA! This is really pretty fun, and when you watch the movie take note of how they made every animals stand upright. A moose on two feet? You can imagine that this was challenging to create, and they really had to combine some elements of animals AND humans to get it just right.

Cory told us that one thing that was really important to them was diversity within each animal species. You can’t create one bunny and copy and paste it 50 times to make a colony of bunnies. Just like humans, they’re all different. To be believable they all had to be uniquely created. Oh, the time spent on this! Look at all those bunnies above!

We got to see how they created different expressions for each animal based on their personalities and characteristics. And there’s a ton of irony here. This is a donut-loving cheetah. Not something you find in the wild!

One of the fun characters to create was Gazelle, voiced by Shakira. She does fit the mold of ZOOTOPIA’s biggest pop star!

To wrap up our presentation, Cory guided us through a drawing demonstration where we each got to try our hand at drawing one of the main characters, Judy Hopps. What do you think? Not bad, right?! I think she came out pretty cute. I won’t quit the day job, though. 😉

Watch for some of these things when you see the movie in theaters. One thing I love about Disney movies is seeing how seamlessly it all comes together on the screen, and still knowing how meticulous and detailed the filmmakers were when they created it. Such talent!

Going to be SUCH a great movie! We can’t wait!

I’m already good friends with these guys. 😉 Be sure to follow ZOOTOPIA on Facebook and Twitter to stay up to speed with the latest movie news!