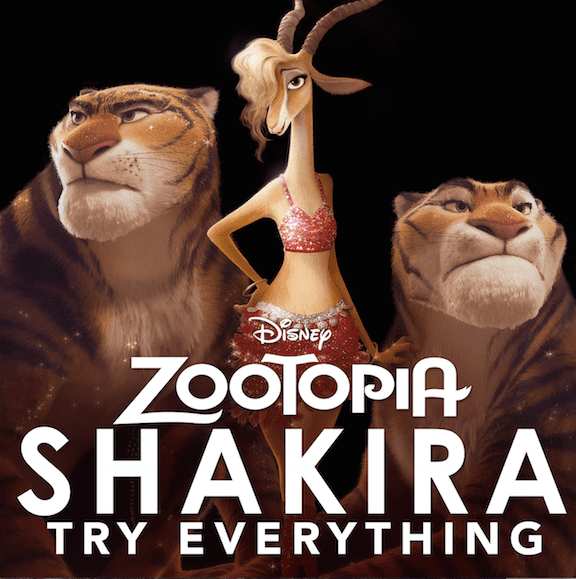 Disney’s ZOOTOPIA, in theaters March 4, 2016, is going to be hilarious and awesome. We can’t wait! I know so many of you have been excited about the original song from Shakira in the film, and now the music video is HERE! Woot!

International superstar Shakira is lending her Grammy®-winning voice to Gazelle, the biggest pop star in Zootopia. The all-new original song, “Try Everything,” was written by singer-songwriter Sia and songwriting duo Stargate.

Director Byron Howard said, “For the role of Gazelle, Zootopia’s most beloved superstar, there was only one person on our wish list: Shakira. Luckily for us, she said yes. Her immense talent and charm bring Gazelle and her song, ‘Try Everything,’ to life.”

“Try Everything” single is available now at digital retail on Amazon and iTunes. Walt Disney Records soundtrack to ZOOTOPIA will be available March 4th, the same day the film opens in theatres nationwide!

Shakira – Try Everything (from Disney’s Zootopia)