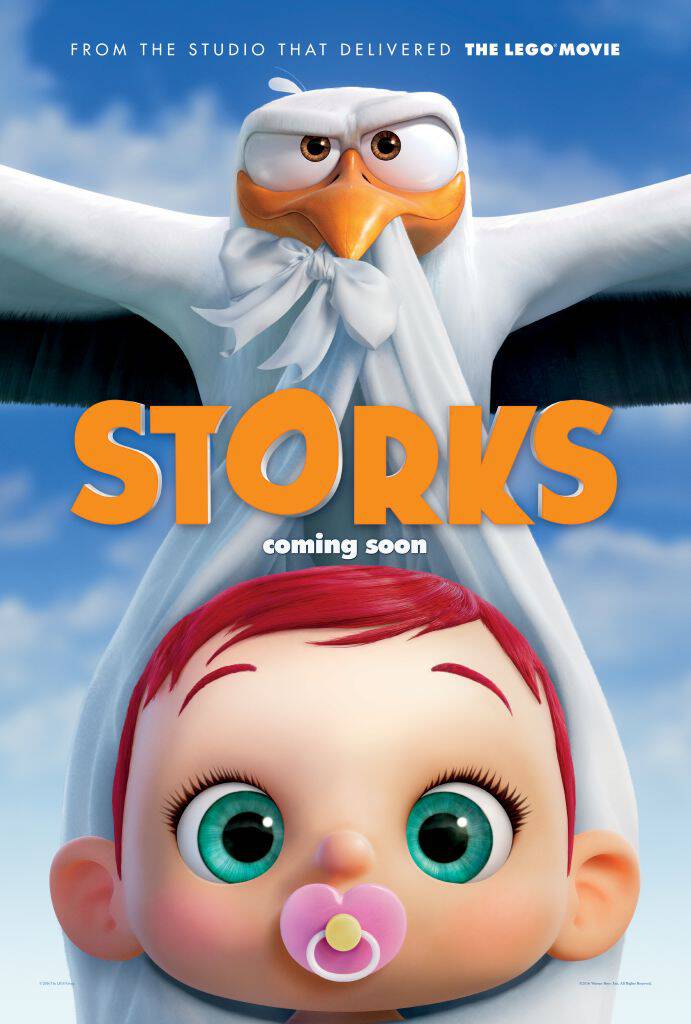 From the studio that delivered THE LEGO MOVIE, the animated adventure STORKS hits select theaters September 23 starring Kelsey Grammer, Andy Samberg and more. I have a sneak peek for you below and it looks like it has the makings of a perfect animated film – both sweet and funny!

Doesn’t it look great?! I think there are going to be a lot of laughs in this one.