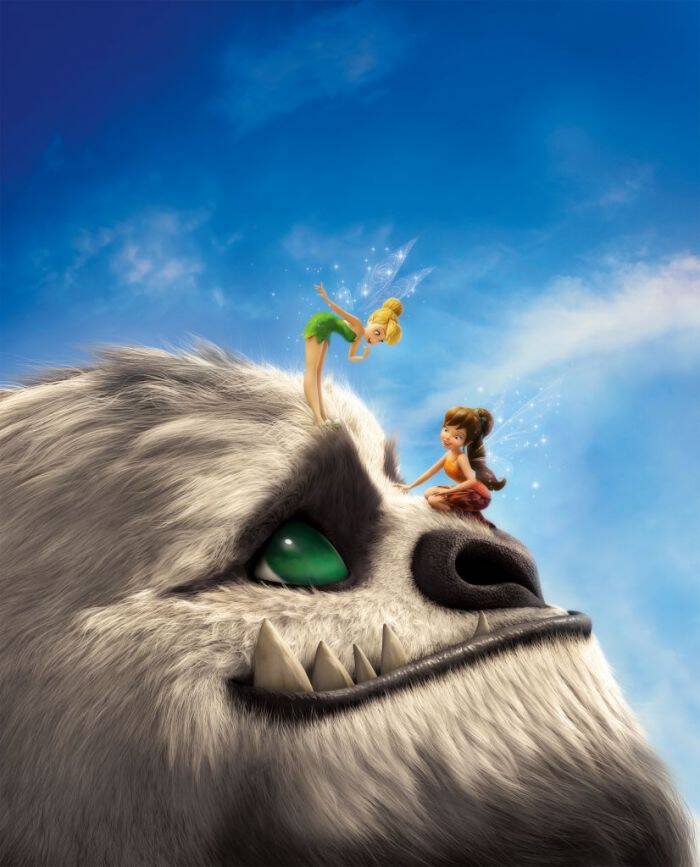 I’m so excited! We adore the Disney Fairies and can’t wait for this new story to be revealed! Tinker Bell and the Legend of the NeverBeast will be out on Blu-Ray and DVD on March 3, 2015. I have all the latest news for you!

Disneytoon Studios returns to Pixie Hollow with the heartwarming adventure “Legend of the NeverBeast.” The new story explores an ancient myth of a fabled creature whose distant roar sparks the curiosity of Tinker Bell’s good friend Fawn, an animal fairy who’s not afraid to break the rules to help an animal in need. But this animal—massive and strange with glowing green eyes—is not really welcome in Pixie Hollow, and the scout fairies are determined to capture the mysterious beast before it destroys their home. Fawn, who sees a tender heart beneath his gruff exterior, must convince Tink and the girls to risk everything to rescue the NeverBeast before time runs out. Directed by Steve Loter (“Kim Possible”) and produced by Makul Wigert (“Secret of the Wings”), “Legend of the NeverBeast” roars to life in March 3, 2015. 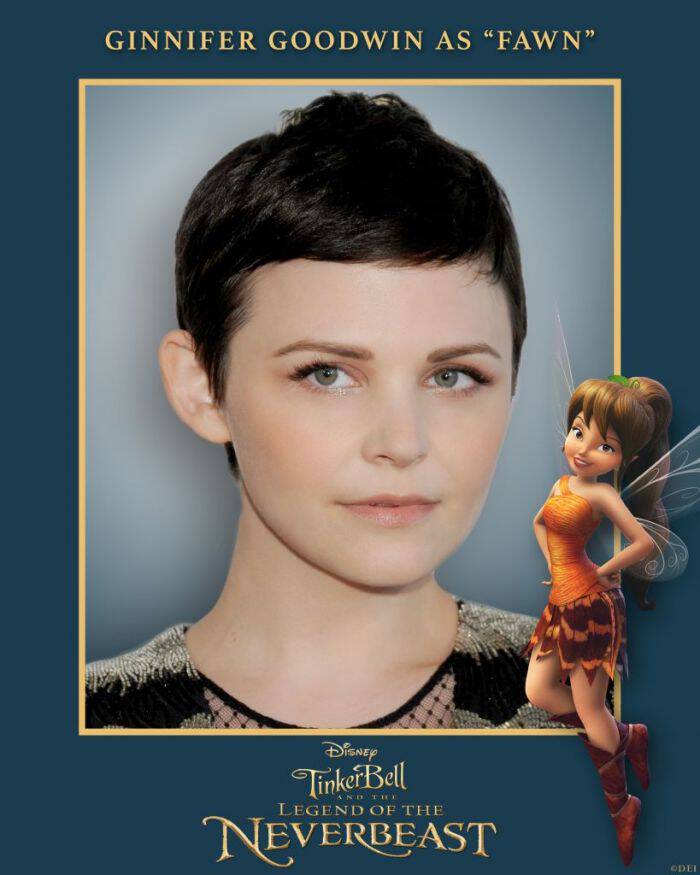 DisneyToon Studios is pleased to announce that Ginnifer Goodwin (“Once Upon a Time”) will voice the character Fawn in the new Disney Fairies adventure, “Tinker Bell and the Legend of the NeverBeast”.

“Fawn is a character who loves all animals unconditionally,” said director Steve Loter. “She will help any animal that needs her, but sometimes Fawn thinks too impulsively, when she should be thinking with her head, as well as her heart.”

Loter says there’s a lot of Goodwin in the character. “Fawn was inspired by my daughter and her unconditional love of animals,” he said. “But Ginnifer had a very strong hand in crafting the character. Her sense of fun and her wondrous view of the world gave Fawn direction. You can hear the smile in Ginnifer’s voice—this is a character that loves life and lives it to its fullest.” 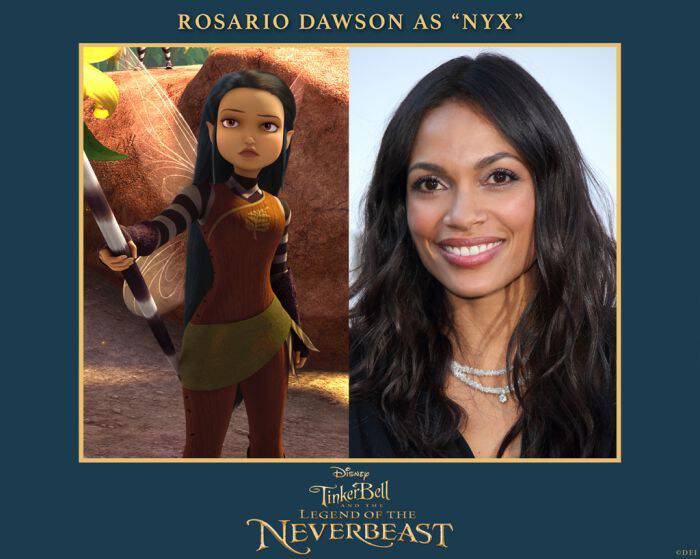 Actress Rosario Dawson lends her voice as a fiery and courageous fairy, “Nyx”, in the all-new Disney Fairies adventure, “Tinker Bell and the Legend of the NeverBeast”, out on Blu-ray™ March 3, 2015.

Nyx is a Scout Fairy charged with protecting the luscious land of Pixie Hollow and all of the fairies who reside there. A true professional who takes her job very seriously—maybe a little too seriously—allowing facts and logic to guide her every move. Driven to succeed, Nyx is often willing to let compassion take a back seat.  The Scout Fairies are a group of fearless fairies who protect the residents of Pixie Hollow. They are agile and athletic with a keen ability to spot trouble before it gets out of control.

The fairies meet Gruff who is a massive creature and the subject of an ancient Pixie Hollow myth. Hidden in a dark lair on the fringes of the fairies’ beloved home, Gruff is discovered by curious and empathetic animal fairy Fawn, who sees something special in his glowing green eyes. His penchant for stacking rocks mystifies Fawn and her friends—but Gruff’s true purpose is the real surprise!

I think he’s cute! What do you think?

We can’t wait to see this brand new chapter in the Disney Fairy story. Mark your calendars. Tinker Bell and the Legend of the NeverBeast releases on Blu-Ray and DVD on March 3, 2015!