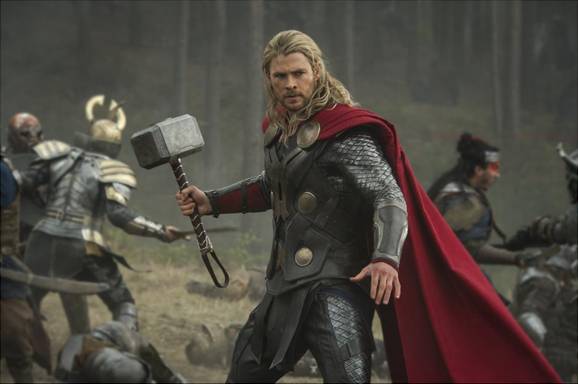 THOR: THE DARK WORLD is available on Blu-Ray now! My husband and I saw this one in the theaters and loved it.  There are also a couple of new deleted scenes available on Disney Movies Anywhere, Disney’s all-new, cloud-based digital movie service that enables consumers to discover, purchase, and watch movies from Disney, Pixar, and Marvel (lots more on how that works here).  I have a clip of one of them below!

Be sure to create a Disney Movies Anywhere account so you can enjoy these deleted scenes!

About the ‘Discover’ section of Disney Movies Anywhere

Updated weekly, the ‘Discover’ section of Disney Movies Anywhere features never-before-seen and exclusive content, available at no charge for members. Including first looks at new films, behind-the scenes vignettes, music videos, classic shorts from the Disney Archives, and much more.

Marvel’s “Thor: The Dark World” continues the big-screen adventures of Thor, the Mighty Avenger, as he battles to save Earth and all the Nine Realms from a shadowy enemy that predates the universe itself.  In the aftermath of Marvel’s “Thor” and “Marvel’s The Avengers,” Thor fights to restore order across the cosmos…but an ancient race led by the vengeful Malekith returns to plunge the universe back into darkness. To defeat an enemy that even Odin and Asgard cannot withstand, Thor sets upon his most dangerous and personal journey yet, forced into an alliance with the treacherous Loki to save not only his people and those he loves…but our universe itself.