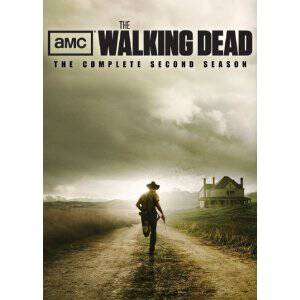 Arguably the biggest hit of the 2010 television season, the apocalypse drama The Walking Dead pulls the zombie subgenre out of its overexposed doldrums and finds, ironically enough, the humanity and emotion beneath its rotting shell. Produced by Frank Darabont (The Shawshank Redemption) and Gale Anne Hurd (Aliens) and based on the acclaimed graphic novel by Robert Kirkman, The Walking Dead follows a band of Atlanta-based survivors of a viral outbreak that has caused the dead to rise up and consume the living.

I know some of you are really into this show!  Grab your DVDs while they’re so cheap!

Amazon can change their prices at any time so please verify the current price before buying.  If you’re not an Amazon Prime member this is a great time of year to sign up!  Get free 2-day shipping on most items – no minimum order, access to streaming movies and TV shows, and free Kindle books!

(Thanks, Adventures of a Couponista!)