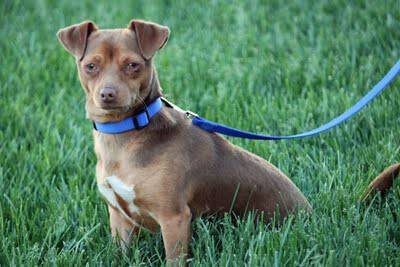 One year ago today, May 6, 2010, we welcomed an addition to our family totally unexpectedly.  A neighbor was running some errands in the city of Lancaster when she saw a cute-as-can-be little dog running along the sidewalk, being shooed into the street by two women who didn’t want to be bothered.  Just before a truck could take out this little doggie, she quickly pulled her car over, jumped out, and called for him to come to her.  He jumped in her arms and after pounding the pavement for a while looking for his owner, she did what any huge-hearted animal lover would do: She brought him home.  By the time he arrived in our neighborhood he had a name, Edward, based on his amber-colored eyes (any Twilight fans out there?), and all the kids in the neighborhood were smitten with this little doggie.  Alas, he wasn’t meant to be a member of her family since her big dog wasn’t too keen on Edward, and vice versa.

A call to the SPCA revealed that no one had reported this dog missing, but since my neighbor couldn’t keep him, she planned to take him there as a stray.  (A visit to the vet also revealed that he wasn’t microchipped.) Now, I am such a softie, I couldn’t bear the thought of this little sweetie going to the SPCA and maybe not finding a loving home.  Despite the fact that we had two cats and no intentions of getting a dog anytime soon, I brought him over to our house to see how he fit in with our crew.  My kids were THRILLED.  And I was thrilled, too, to have a husband with a soft spot that matches mine.  He was happy to give this pup a chance as our pet.
It was a rough ride at first.  Clearly Sam (he was renamed, now after the head werewolf from Twilight) had never been housebroken and it didn’t seem like he had ever set foot in grass before.  He was freaked out by it for quite a while, which made potty training him a special joy.  Fast forward a year, and here we are.  Sam is a solid member of our family, complete with a warm little spot next to me each night and a warm little spot in each of our hearts.  Today we celebrated his anniversary by stuffing him full of doggie treats and playing pin the tail on Sam (my kids are creative like that).  He’s all tuckered out now, sleeping at my feet while I write.  We love you, Sam.  We’re so glad you’re part of our family. 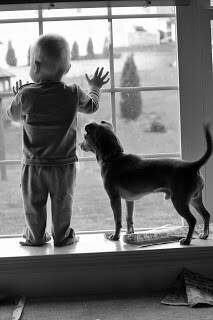