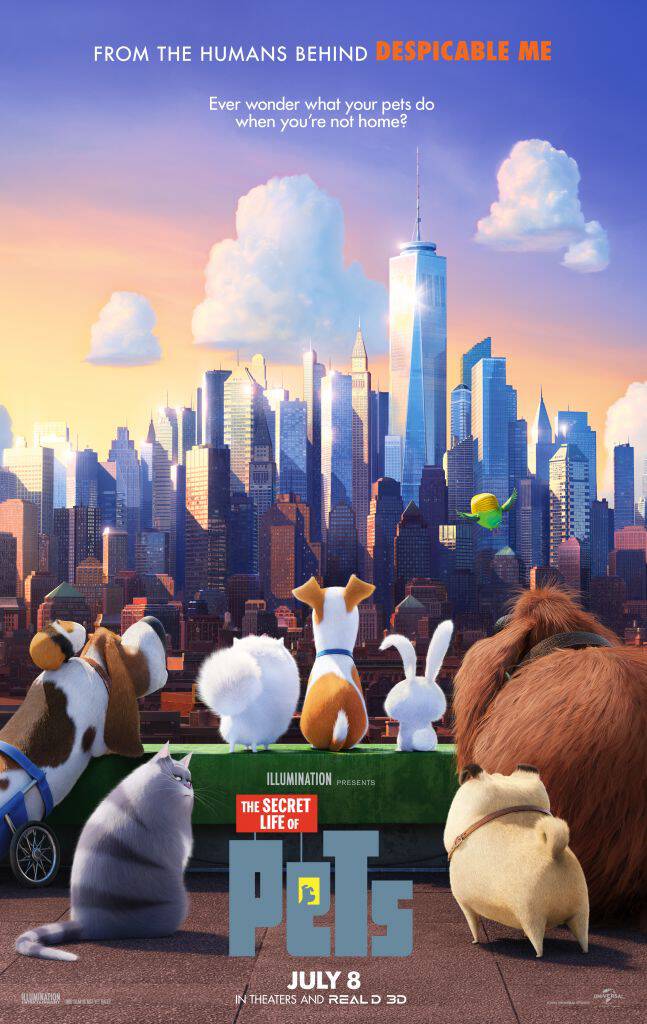 THE SECRET LIFE OF PETS comes out in theaters everywhere on July 8! We have been counting down the days to this film. We’re big pet lovers so we’re already getting such a kick out of it!

The Secret Life Of Pets – Meet the Characters

Just from the trailers, we’ve already fallen in love with these hilarious, sweet animals.

This is Buddy and I can totally see my dog doing this.

I know Pops is going to be a favorite character!

This is so fun! Download the new PetMOJI app to create an emoji of your favorite furry friend! Currently available on iOS, the app features sticker packs and a custom keyboard.  Customize your own PetMOJI avatar by selecting a dog or a cat, then choosing features for your pet: a body, a snout, eyes, ears, and a tail – plus patches, patterns, and colors.

This is seriously fun to do. Just look at my dog Sam. He was made for this!  (Available for iOS, Android coming soon.)

Get Your Tickets Now

THE SECRET LIFE OF PETS will be in theaters July 8 and you can make your plans to go see if now! Tickets are available to purchase on Fandango.

The generous folks at THE SECRET LIFE OF PETS have provided me with a fun prize pack and are giving one of the same packs to one of my readers!

This giveaway is open to US residents ages 18+ and will end at 11:59pm ET on Friday July 8. Good luck, and don’t forget to mark your summer calendars for July 8. This is going to be SO good! You can follow THE SECRET LIFE OF PETS on Facebook, Twitter, and Instagram!