The Little Mermaid Diamond Edition is coming out on Blu-Ray combo on October 1! I’m so excited for this release.  This is probably my favorite Disney movie. I can’t count how many times I’ve seen it!  Just in time for that release The Little Mermaid will enjoy a limited engagement return to the big screen. If you’re lucky enough to be near a city where it’s showing here’s a really cool way to dive right into the experience. Download Second Screen Live: The Little Mermaid App on your iPad or iPad mini to interact with the film, play games, find hidden treasure, sing along, and compete with the audience for the chance to win great prizes!  How cool is that?!

Beginning September 20, this beloved musical adventure returns to select theaters for a special limited engagement, only this time viewers are encouraged to become a part of the story. This unique engagement marks the debut of Disney Second Screen Live, a new second-screen technology that allows audiences to engage with the film, each other and their fellow audience members.

By simply downloading the free “Second Screen Live: The Little Mermaid App” to an Apple iPad or iPad mini and bringing their Mermaid-loaded devices to participating theaters, fans and families can interact with the film, play games, find hidden treasure, sing along, and compete with the audience for the chance to win great prizes!

Where are the participating theaters?

To learn more or purchase tickets you can go here. 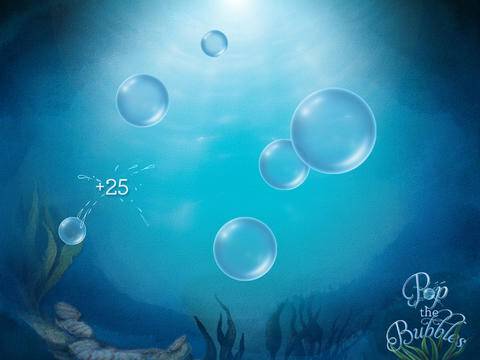 Here’s a screen shot of one of the games. I think my kids would have fun with this one, popping bubbles!

You can download the app for your iPad here.

If you’re not lucky enough to live near a participating theater (like me…boo!) don’t worry.  The Little Mermaid Diamond Edition comes out on Blu-Ray on October 1, very soon!

To learn more and stay up to date with all the latest The Little Mermaid news, you can follow along on Facebook and Twitter, hashtag #LittleMermaid.

The Little Mermaid will be in select theaters for a lmtd engagement. Dive in with the interactive app! http://t.co/4SVhmdpnNz #LittleMermaid