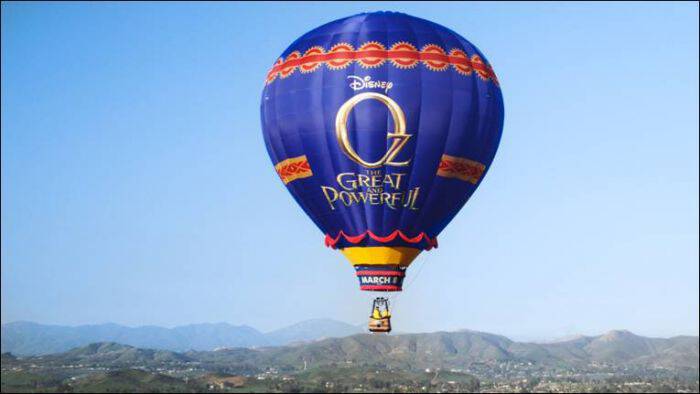 I’m so excited for ‘Oz The Great and Powerful’ to hit theaters on March 8!  It’s sure to be an awesome movie.  You can catch a glimpse here! Now there’s more excitement building with the start of the Journey to Oz Balloon Tour!

Disney announced on February 12 the launch of the “Journey to Oz Balloon Tour,” sponsored by leading multichannel retailer HSN and IMAX Corporation, in support of its upcoming fantastical adventure “Oz The Great and Powerful,” opening in U.S. theaters and IMAX® on March 8, 2013. The colorful, “Oz The Great and Powerful”–emblazoned hot-air balloon began its tour this morning from the Walt Disney Studios lot in Burbank, Calif.

Stops for the “Journey to Oz Balloon Tour” to date include:

On February 15, the “Journey to Oz Balloon Tour” app will go live on the official Facebook page for the film. Starting then, fans will have the opportunity to unlock screenings in cities near them. Users will vote by Tweeting with a custom hashtag for their city (e.g. #DisneyOzSeattle) or by sharing on Facebook. 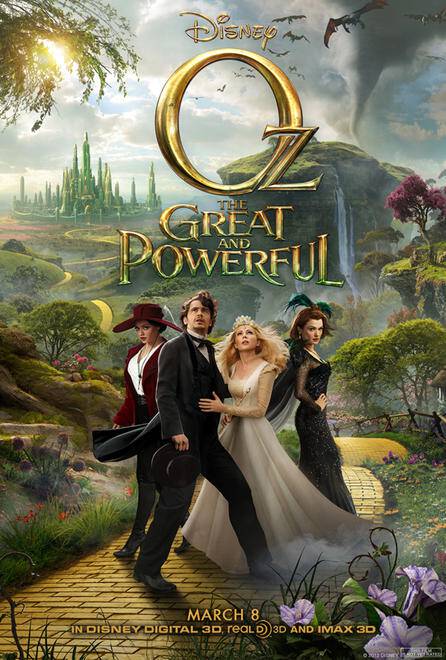 “Oz The Great and Powerful,” directed by Sam Raimi, imagines the origins of L. Frank Baum’s beloved wizard character. When Oscar Diggs (James Franco), a small-time circus magician with dubious ethics, is hurled away from dusty Kansas to the vibrant Land of Oz, he thinks he’s hit the jackpot—fame and fortune are his for the taking—that is until he meets three witches, Theodora (Mila Kunis), Evanora (Rachel Weisz) and Glinda (Michelle Williams), who are not convinced he is the great wizard everyone’s been expecting. Reluctantly drawn into the epic problems facing the Land of Oz and its inhabitants, Oscar must find out who is good and who is evil before it is too late. Putting his magical arts to use through illusion, ingenuity—and even a bit of wizardry—Oscar transforms himself not only into the great wizard but into a better man as well.

Check out Oz the Great and Powerful.  This movie looks AWESOME!  It’s told from the Wizard’s viewpoint and I can’t wait to see it.  If you haven’t caught a sneak peek of this movie yet check it out!  And then be sure to explore this fun game, ’Find Your Way to Oz.’  My daughter and I made the most hilarious video together finding our way through Oz! Follow on Facebook and Twitter, hashtag #DisneyOz, to keep up with all the latest news!

This movie comes out in just a few weeks – March 8!