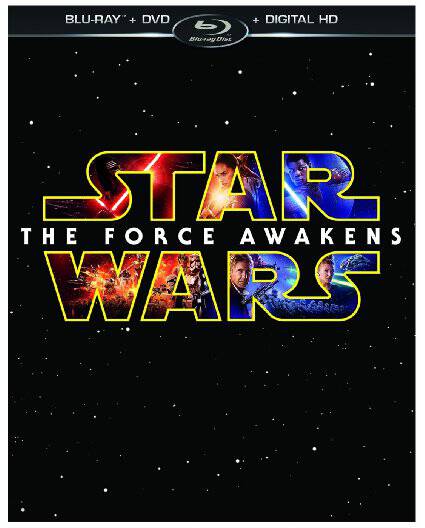 STAR WARS: THE FORCE AWAKENS on Blu-Ray is now available to own! I bought a copy for my family and we can’t get enough! After seeing it twice in theaters we keep catching new things every time we watch it. And the Bonus Features offer an incredible behind-the-scenes look at the making of this film. Take a look:

Bonus features include:
(*may vary by retailer)

Some awesome clips there! I love learning about the costume design.

Click the image above for some free downloadable coloring and activity pages for the kids. Fun! Go grab your Blu-Ray copy of STAR WARS: THE FORCE AWAKENS for your family’s collection!

And, I have a great giveaway for you thanks to Click Communications. One winner will receive a digital code to get a FREE copy of STAR WARS: THE FORCE AWAKES on Disney Movies Anywhere!