This is a sponsored conversation written by me on behalf of Pengin Random House who provided samples and prizing. The opinions are all mine. You can read my full disclosure policy here. 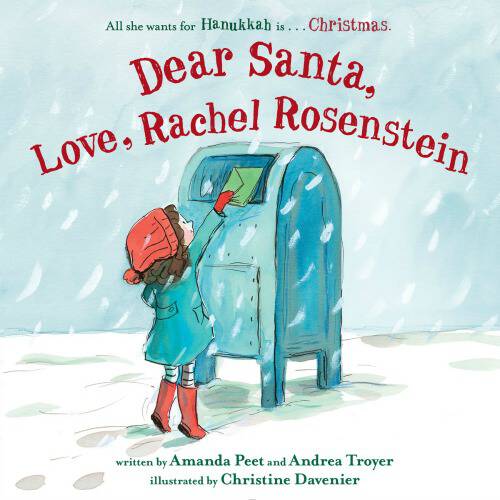 We have a whole tote of books in the basement that I break out at Christmastime. I’ve got so many holiday books that I can’t keep them out year round, and we just added a new one to the mix that we LOVE and I’m so happy to be able to share with you.

Dear Santa, Love, Rachel Rosenstein is not exactly a Christmas book (you’ll see why – keep reading!) but it’s perfect for all families this time of year when the real message is about the gift of love, friends, and family.

Actress Amanda Peet brings us a hilarious holiday drama in a story that every Jewish family will relate to and appreciate.

Rachel Rosenstein wonders why Santa Claus never visits her house. But this year is going to be different–even though her family is Jewish and doesn’t observe Christmas. With hilarious and heartwarming mishaps, Rachel visits Santa at the mall with her special request, writes a letter to Santa explaining her cause, and clandestinely decorates the house on Christmas Eve (right down to latkes for the reindeer). And while Rachel may wrestle with her culture, customs, and love of sparkly Christmas ornaments, she also comes away with a brighter understanding of her own identity and of the gift of friends and family. 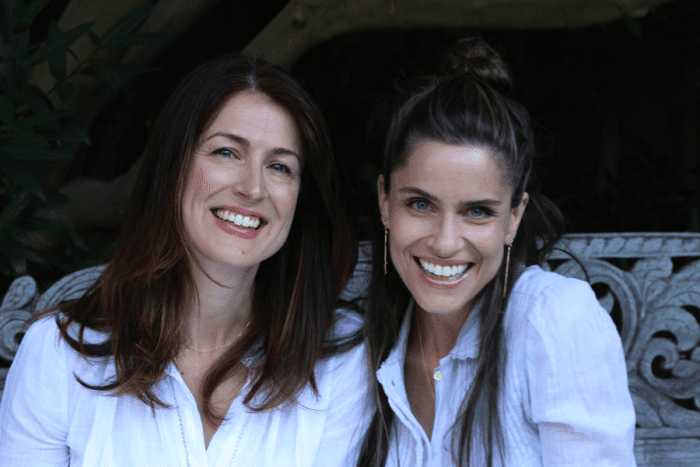 The book is so cute, both sweet and funny, and was created by such a talented team. You might recognize actress Amanda Peet on the right in the photo above. She, along with Andrea Troyer, wrote the book and it was illustrated by Christine Davenier (the pics are awesome!).

Amanda Peet is an actress and playwright. Her first play, “The Commons of Pensacola,” starring Blythe Danner and Sarah Jessica Parker, opened to critical acclaim in 2014 at Manhattan Theater Club. A native of New York, Peet graduated from Columbia University with a degree in American History. She has appeared in numerous films, including “Please Give,” “Syriana,” “Something’s Gotta Give,” and “The Whole Nine Yards.” She also starred in the TV series “Studio 60 on the Sunset Strip,” and the Broadway revival of Neil Simon’s “Barefoot in the Park.” Peet stars in a new comedy series, “Togetherness” for HBO, debuting in fall 2014.

Andrea Troyer grew up in Minnesota and received an MFA from the University of California, Irvine. She lives in Los Angeles with her husband and two young boys.

Christine Davenier is the illustrator of many children’s books, including Julie Andrews’s “The Very Fairy Princess” series. She lives in Paris, France. 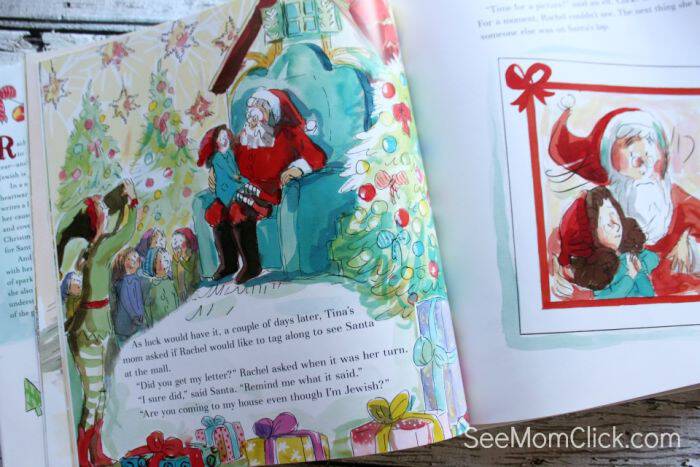 Not only does the story draw readers in, but the pictures are fantastic too. Really colorful and lively, warm and inviting. Each page is beautiful.

I read Dear Santa, Love, Rachel Rosenstein to my kids once, and later found them sitting together reading again just a little while later. They love this story and I love that it teaches them about a different culture while delivering an important message, especially this time of year when, let’s face it, it is REALLY easy to get caught up in the hustle and bustle.

You can learn more about Dear Santa, Love, Rachel Rosenstein on the Penguin Random House site and add it to your family’s holiday book collection!

Penguin Random House is generously offering one of my readers a great holiday prize pack including Dear Santa, Love, Rachel Rosenstein PLUS a $50 Visa Gift Card! Wow! That will help you get started on your holiday prep. This giveaway is open to US residents ages 18+only and will end at 11:59pm ET on November 27, 2015.