Super Why! Live is on tour this Spring and Pandora’s Deals got the chance to go check out the show!  My daughter loves the PBS show Super WHY!, so I was really excited to take her to Super WHY Live: You’ve Got the Power! at Hershey Theatre last weekend. She’s only 2, so I wasn’t sure how she’d do sitting through the entire show. I’ve taken her to a few other things similar to this, and she’s usually antsy and jumping around by intermission. Not this show! She was completely mesmerized and loved every minute of it! 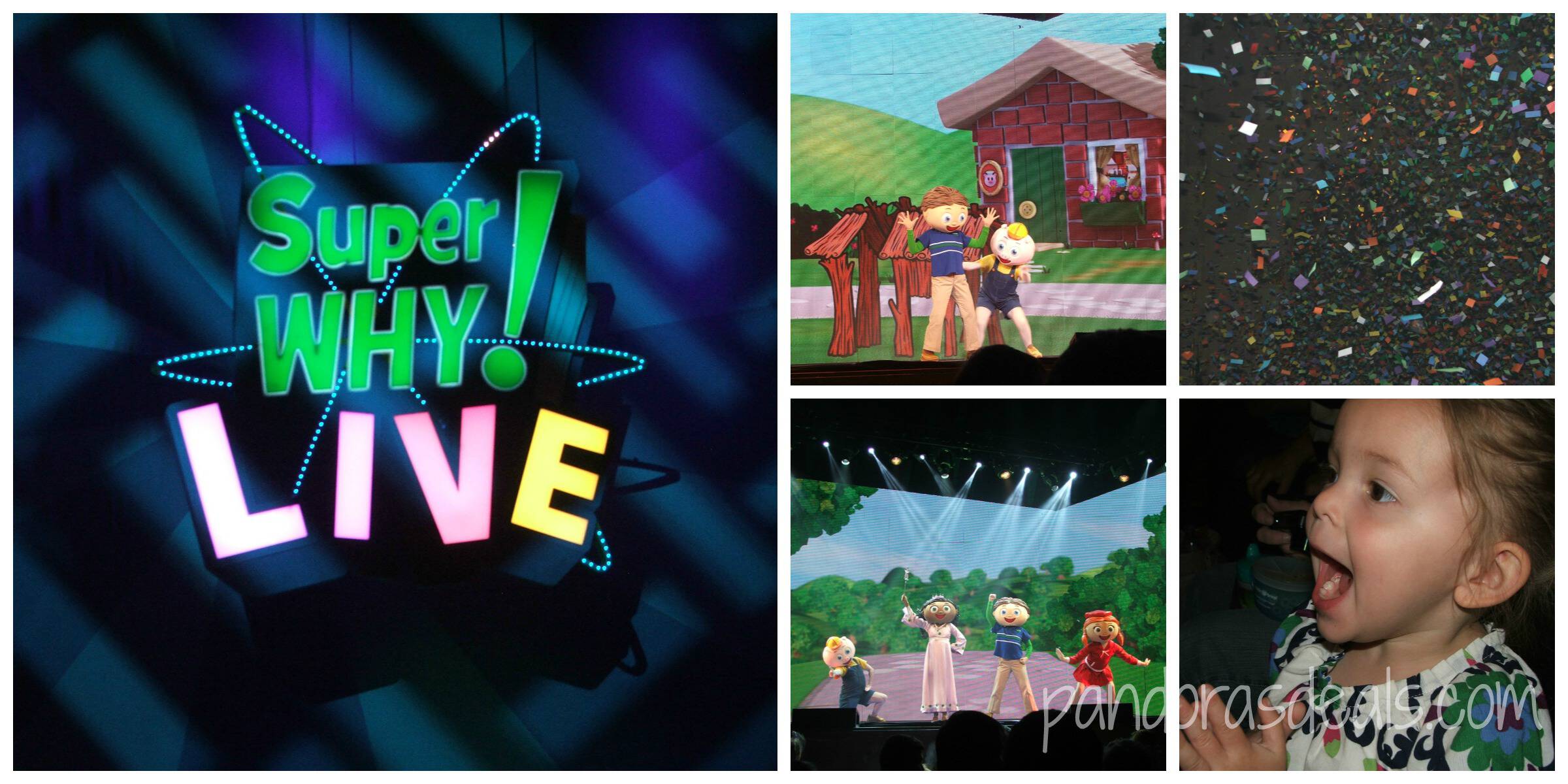 The show started with fun music, smoke, laser lights, and confetti and streamers falling from the ceiling. It really got all the kids excited. The live show had a similar format to the television show. There was a “super big problem” for the literacy-powered superheroes to solve: Who has the greatest superpower in the world?

The show took us on a reading adventure inside a book to find the “Super Story Answer,” with the help of Alpha Pig with “Alphabet Power,” Princess Presto with “Spelling Power,” Wonder Red with “Word Power,” and Super Why with the “Power to Read.” Woofster the dog even made an appearance towards the end of the show, and came out into the audience, running down the aisles. My daughter loved it!

They used an animated screen as the backdrop and also as a way for the characters to transform into their animated version a few times throughout the performance. The show had great music, dancing, lots of crowd interaction and really encouraged the kids to play along and yell out letters and words throughout the show. They even had some aerial tricks from a few of the characters, which I was not expecting.

The entire show was about 75 minutes with a 15 minute intermission. They played upbeat music during intermission and a lot of the kids were dancing around and well entertained. The show ended with more confetti and streamers. All the kids seemed to love this part; I saw many carrying handfuls of it out in the parking lot (including my daughter!) Overall, we loved everything about Super WHY Live! It was very entertaining, and seeing how excited my daughter was throughout the show, was the best part for me. I highly recommend it for all fans of Super WHY!

You can watch this video to get a sneak peek at the show and check out the Super Why! Live website to see when there might be a show in your neck of the woods.

Pandora’s Deals was provided with complimentary tickets in exchange sharing this event and review with our readers.  This review was written by our team member, Emily. You can read my full disclosure policy here.