Disney is providing me with an expense paid trip to Los Angeles for the #StarWarsEvent in exchange for my coverage of the events of the trip.  No other compensation is given. The opinions and experiences in my posts are 100% mine.  You can read my full disclosure policy here. 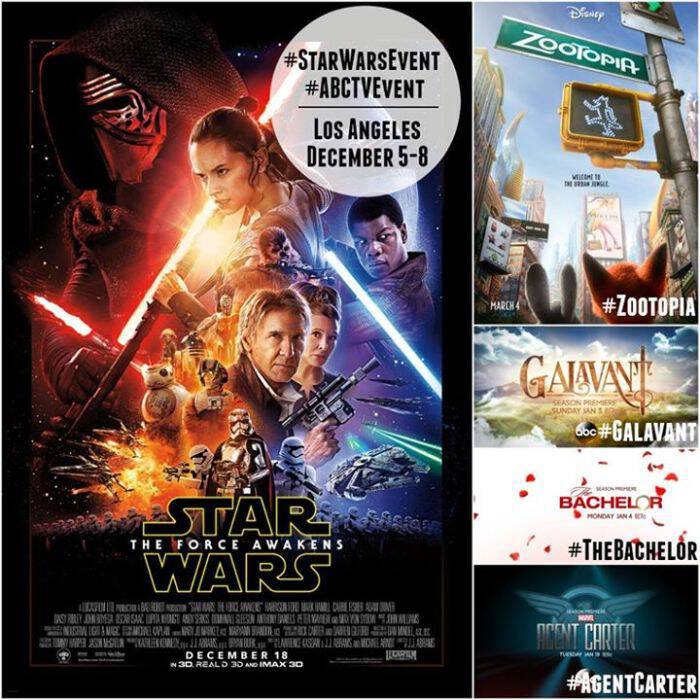 Surprise! I’ve been sworn to secrecy over the last week or so but the time has come to spill the beans: Disney, Lucasfilms, Marvel, and ABC have invited me to Los Angeles to cover some of their upcoming films and new TV show premieres! Guess which one I’m most excited about? STAR WARS: THE FORCE AWAKENS! Aaaaahhhhh! I cannot wait to share this with you guys! I know so many of you love Star Wars like I do. 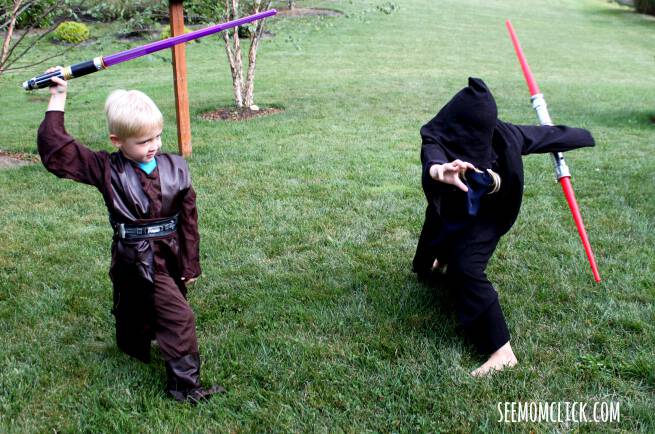 We have Star Wars everything in this house and honestly some of my favorite memories over the last few years have involved Star Wars! 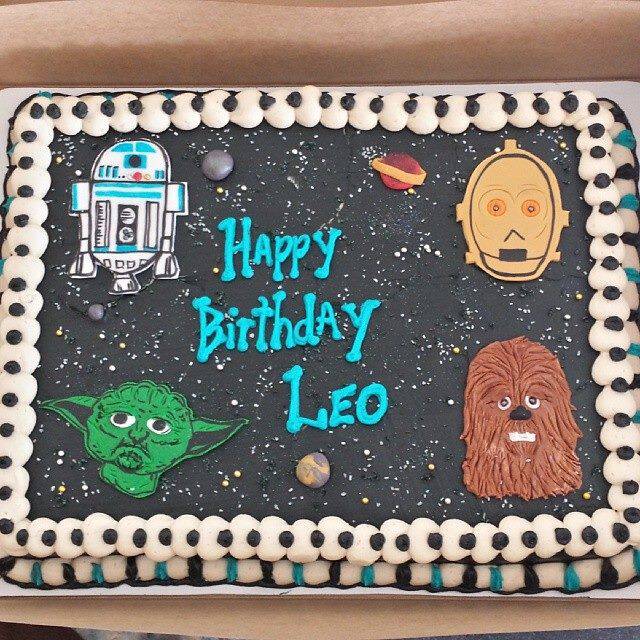 My son’s birthday cake is amazing and that’s all he wanted – Star Wars characters!

Our trip to Disney World, which was just the BEST, wasn’t complete without multiple speeder poses and rides on Star Tours! I can’t wait to take these two to go see the movie in a couple of weeks!

Read on to see what else I’ll be doing on this trip (and stay tuned for lots of posts with more details over the coming months!):

Unless you’ve been living under a rock you know that STAR WARS: THE FORCE AWAKENS opens in theaters on December 18. You guys, my whole family is SO excited. We love Star Wars and I’m dying to see this movie!

While on this trip I’ll be attending the STAR WARS Global Media Days which will include interviews with the cast and filmmakers…including Harrison Ford, AKA Han Solo. I have no words. I am flipping out! I’m also going to get to chat with Director J.J. Abrams and more talent. I’m SO thrilled.

If you’re wondering if I’m going to get to see the movie early, bummer, but no. As much as I would love that, I am really looking forward to sharing that experience with my family in the theater so I’ll be seeing it the same time you all do. In the meantime, if you have questions for the cast and filmmakers, leave me a comment and I’ll do my best to ask them!

Can’t wait to share more of this piece of my trip with you!

While I’m in LA I’m also going to attend an early press day for ZOOTOPIA! This movie looks so cool. It’s an animated feature hitting theaters on March 4, 2016. Disney always knocks it out of the park and we are animal lovers so this is going to be a hoot for my crew!

I’ll have the opportunity to preview footage from the film, interview the filmmakers and receive a drawing demonstration from the animators who are currently working on the film!  I always love these demos. I’m not an artist but it’s fun to pretend!

I’m also going to go behind the scenes of the second season of “Marvel’s Agent Carter” to get a glimpse of what glamorous action heroine Peggy Carter and Jarvis might be up to next! You guys have to help me with this one because I’m new to the show, but loving what I’ve seen of Season One so far. Let me know if you have some great questions (or cool things to look for on the set!).

“Marvel’s Agent Carter” returns for a second season of adventure and intrigue, starring Hayley Atwell in the titular role of the unstoppable agent for the SSR (Strategic Scientific Reserve). Dedicated to the fight against new Atomic Age threats in the wake of World War II, Peggy must now journey from New York City to Los Angeles for her most dangerous assignment yet. But even as she discovers new friends, a new home – and perhaps even a new love – she’s about to find out that the bright lights of the post-war Hollywood mask a more sinister threat to everyone she is sworn to protect.

Now this show I AM familiar with! The 20th season of The Bachelor premieres on January 4, 2014 and I’m going to get to interview the host, Chris Harrison! AHHH! I really want to be offered a rose. I’m not going to lie.

Ben Higgins, the handsome software salesman who was sent home by Kaitlyn Bristowe last season on “The Bachelorette,” confessed to Kaitlyn that he thought he was “unlovable.” Even so, he saw a “great life” with her, only to have his hopes dashed and his heart broken when he was left without a rose. Now, Ben is ready to open himself up again to love, but he still has the lingering fear of being unlovable. He will attempt to put his heartbreak behind him and overcome that fear as he searches for his one true love and, maybe more importantly, a woman who loves him back.

Finally, if you love a good laugh, you might already be fans of Galavant, and Season 2 includes 10 new episodes, premiering on January 3, 2016. On my trip,  I’ll be meeting and interviewing Timothy Omundson (who plays “King Richard”) and two executive producers of Galavant, including Dan Fogelman (of “Tangled” and “Crazy Stupid Love” fame). So excited to chat about this show with them!

The return of last season’s breakout comedy extravaganza “Galavant” reunites screenwriter/executive producer Dan Fogelman (“Crazy, Stupid, Love,” “Tangled,” “Cars”) with the award-winning musical team of composer Alan Menken (“The Little Mermaid,” “Aladdin,” “Beauty and the Beast”) and lyricist Glenn Slater (“The Little Mermaid,” “Tangled”). Having discovered the dark side of Madalena, our dashing hero’s adventures continue as he embarks on an unlikely bromance with King Richard and fights to rekindle the romance with his true love, Isabella. “Galavant” will premiere on SUNDAY, JANUARY 3(8:00-9:00 p.m., ET) with two 30-minute episodes, back-to-back on the ABC Television Network. The ten episode series will run each Sunday night for five-consecutive weeks.

Last season ended on an interesting note so I’m anxious to see what happens in the first episode of season 2!

The #StarWarsEvent is December 5 – 8
and we’ll have TONS to share with you!