I am a Peanuts Brand Ambassador sharing exclusive content in preparation for The Peanuts Movie! I was provided with a couple of gifts as a participant in this promotion.  The opinions in this post are 100% mine.  You can read my full disclosure policy here. 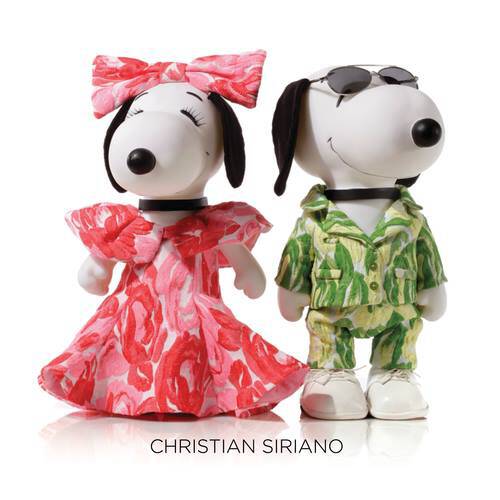 We are so excited for The Peanuts Movie to come out on November 6! Apparently the world of fashion is ready too! The historic Snoopy and Belle in Fashion (SBIF) exhibit is currently on an international tour.

This exhibit features high-end Snoopy and Belle vinyl dolls outfitted by the world’s premier fashion designers—including Betsey Johnson, Calvin Klein, Diane von Furstenberg, Donna Karan, DSquared2, J. Mendel, and Opening Ceremony. I mean, WOW! These are so fun to look at. I have a bunch here for you. Which is your favorite? 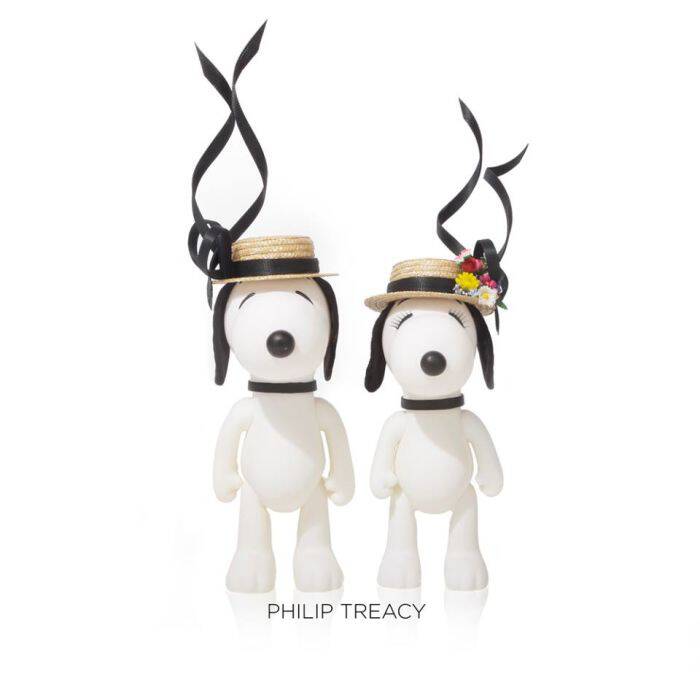 Matt Murphy, designer of the SBIF exhibition had this to say about how this project got off the ground:

The project originated in the ’80s with [the late] Connie Boucher, who was the first person to reach out to the fashion community and engage them with Snoopy and Belle. That resulted in amazing designs from designers including Chanel, Hermès, Karl Lagerfeld, Issey Miyake. That exhibition started in Italy and included a wonderful host of products—everything from furniture to lamps to household products to cars. But the core was the Snoopy and Belle in Fashion exhibition, featuring plush dolls that were 14 to 18 inches tall. For this exhibition, we’re using high-end vinyl dolls that are 9 inches tall, and we engaged contemporary designers to reimagine Snoopy and Belle. That’s the exhibit that’s currently traveling the world. 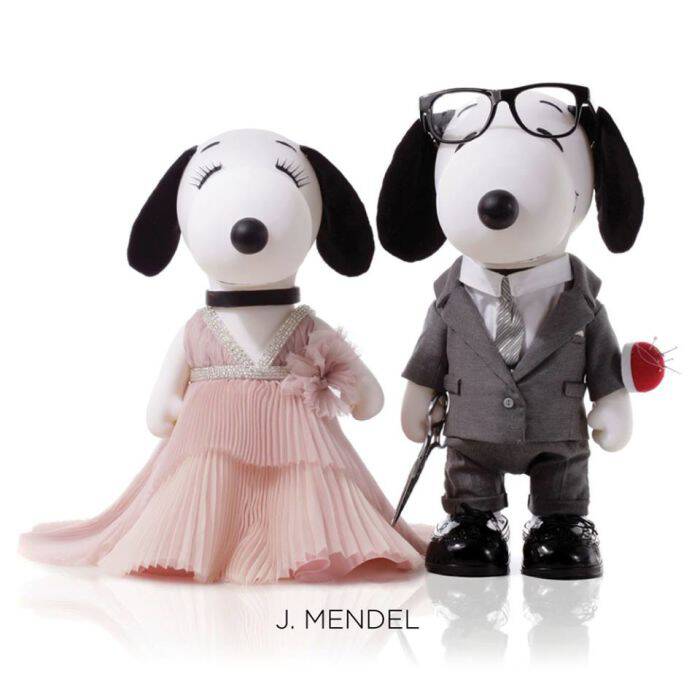 When asked what the reaction has been in various countries to the exhibit, Matt replied:

Overwhelmingly positive! It is a great pleasure to see everyone really embrace Snoopy. In Sweden, we did the exhibition in a glassed-in space, an open exhibit that everyone could see. It was such a thrill to see people from all walks of life come by—from trash men to key editors to the very wealthy—and everybody had the same reaction, which was love. Everyone loves Snoopy.

Cannon, acclaimed celebrity stylist who was the liaison with the designers, spoke about how designers responded to the challenge to dress Snoopy and Belle:

Peanuts sent out the invites on iPad minis, and within 10 minutes of dropping it off, we heard from Donna Karan’s team that they were interested. I think that’s the quickest response we’d ever had. Within a day, many designers had signed on. One of the great parts of the initiative was that for the first round, as each designer signed on, we made a donation to the charity of their choice. We did great work distributing charity money: to Save the Condors, the CFA Foundation, UNICEF, and many more.

How free were the designers to go wild with their designs? Cannon replied:

I think all the designers expressed themselves through Snoopy. With Costello Tagliapietra, those two guys have tattoos of Snoopy, they grew up with Snoopy. Snoopy has such a widespread influence and appeal to everyone. That’s one of the things that drew all the designers. And they had carte blanche. What was complicated is that most designers are used to working on 5’10” models, and for this exhibit, the “models” were 9 inches tall!

Asa Thornton, Izquierdo Studios,  produced the costumes from the designers’ sketches. He brought them to life! When asked ‘how do you make sure you’re creating the same thing that they see in their head?’, this is how he responded:

Sometimes, because the scale on the dolls is so much smaller than a life-size garment, you can’t exactly do the finishing with certain materials, like leather. Occasionally we had to change the finishings to reduce the bulk because the doll was so small. A lot of the designers, like Kenneth Cole and J. Mendel, sent samples of life-size garments that they wanted us to recreate for the doll.

When asked which designs were most challenging to construct, Asa responded:

They all had their own challenges, but I particularly remember Rodarte’s Snoopy outfit, a leather and denim biker jacket—multiple zippers, asymmetrical openings, studs, little pieces with topstitching. It’s quite a challenge when you’re dealing with little leather epaulets ¼-inch wide! Zac Posen’s designs for both Snoopy and Belle featured velvet and brocade, very heavy fabrics. We had to reduce the bulk and cut away some of the pleats on the dress to make it fit like a ballgown.

I saved this one for last because I think it’s my favorite. How cute?! That coat on Belle…do that make that in adult sizes?! I love what Matt said about his favorite:

What we’ve done is blend in the new designs along with the originals from the ’80s. It’s great to see the juxtaposition of old and new, but everything looks current. It’s kind of a family, and that’s what Peanuts is all about.

Snoopy has always been known for his unique sense of style (think Joe Cool, the World War I Flying Ace, and the Easter Beagle), but even Snoopy can learn a thing or two from his fashionista sister, Belle! That’s why the new fashion line, Snoopy and Belle in Fashion, has proved to be such an international phenomenon. Young fashion trendsetters from Paris to Milan to Tokyo are going crazy for the tees, dresses, leggings, and accessories that capture the wit, style, and magic of the world’s most beloved beagles.

Peanuts is generously offering one of my readers a tee from above (only available in size medium, selection based on availability) AND a cute Snoopy tote (I love this bag!).