Disney has provided me with an expense paid trip to Los Angeles for the #MoanaEvent and #ABCTVEvent in exchange for my coverage of the events of the trip.  No other compensation is given. The opinions and experiences in my posts are 100% mine.  You can read my full disclosure policy here.

I recently had the opportunity to visit the set of ABC’s Dr. Ken and chat with their cast. Have you watched this show? It’s on Friday nights at 8:30pm ET.  It’s great for a laugh and the cast is truly top notch. The show is currently in its second season.

Ken Jeong stars as the titular character, who continues to be the hilarious general practitioner we all know and love. He has a smart and beautiful wife, two decent kids and a loyal but sometimes irritating support staff in a job where he gets to help people on a daily basis, all the while using his unique sense of humor to get him through the day.

Executive Producer and star Ken Jeong took the time to talk with us about the show along with all of the rest of the cast. They’re such a fun crew!

Chat With the Dr. Ken Cast 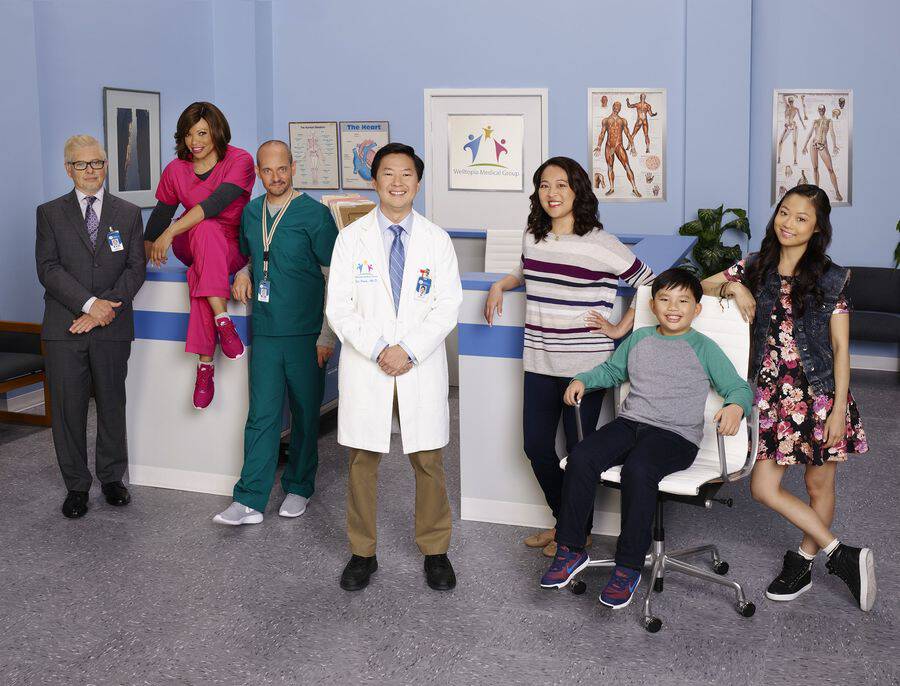 Meet the cast of Dr. Ken! I’ll show you more pics from the set below, but the show takes place in pretty much two places: the family home and Dr. Ken’s office. We can all relate to that work/life balance so it’s a very relatable show. Dr. Ken is a sandwich generation man, raising his kids while still caring for his Dad. So there are a lot of family situations in the show that you might see happening in your own home and life. 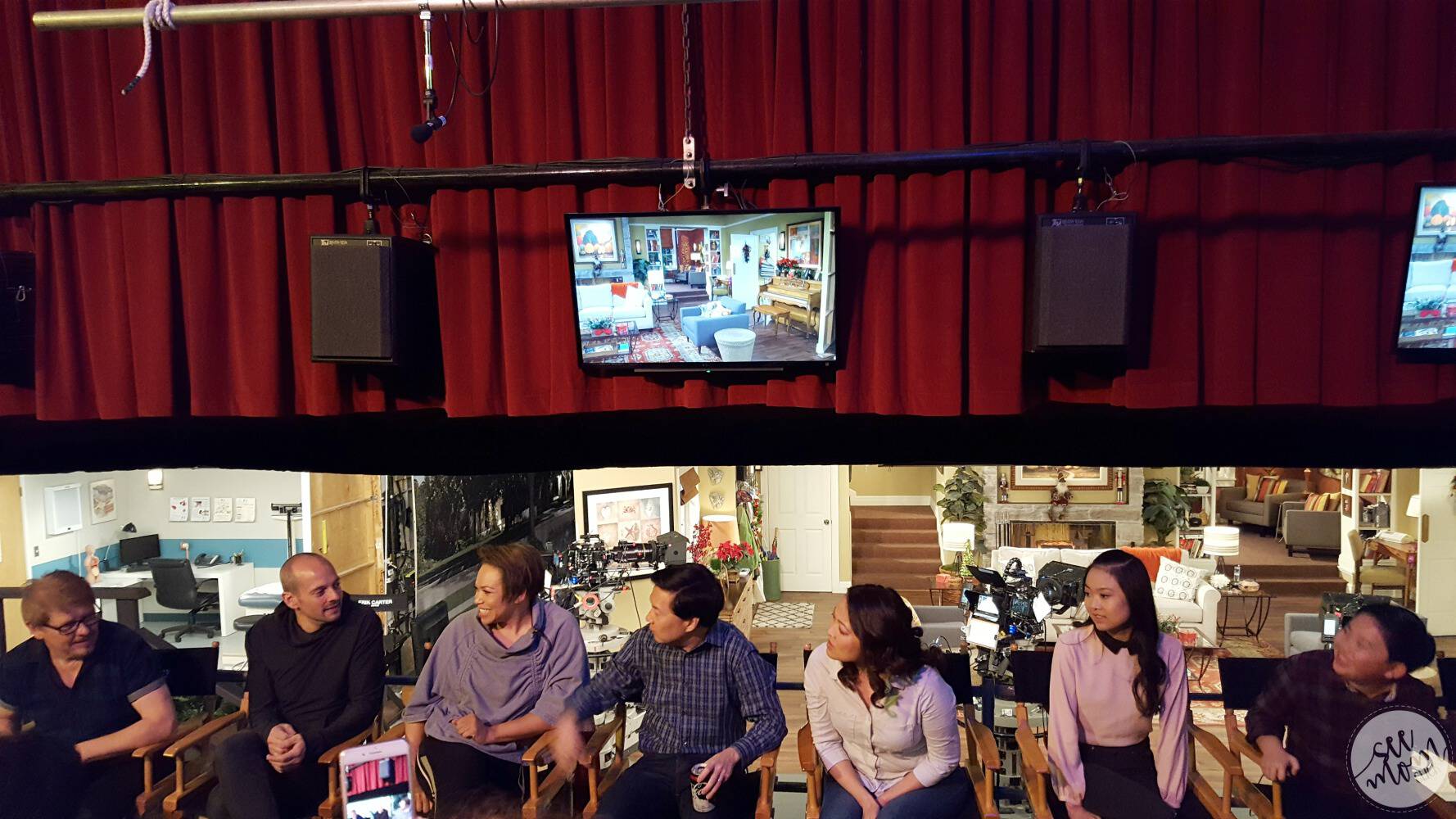 We sat in the live audience section looking down onto the set (you can see it in the background – the doctor’s office to the left, the living room to the right) to chat with the cast. They were super friendly and told us a bit about the upcoming Christmas episode they were filming.

In real life Dr. Ken and his wife are both physicians, so they worked closely with the medical consultant on the show to share a story about seasonal depression. I think this is something more of us can relate to than we might admit, so I’m thrilled that they’re shining light on the topic and in a way that is kind of lighthearted yet informative.

Being on the Dr. Ken TV set was so much fun! It’s amazing how REAL these sets are. Everything from the keys thrown on the desk to mail on the counter make it feel like a real home. Now my living room isn’t quite this nicely decorated, but you get the idea. 😉 There is a lot of attention to detail. In this photo you can see someone beginning to put out Christmas decorations in the home.

The doctor’s office set was really cool! There are tons of details in here that just fascinate me. Appointment books, pens, magazines in the waiting room. You feel like you’re in a real doctor’s office, except instead of a ceiling there are a hundred cameras and lights!

I could probably work on the set of this show, don’t you think?

The cast was so kind to chat with all of us and pose for photos. I have to give special mention to Tisha Campbell Martin (left)who greeted every single one of us (there were 25 bloggers on the trip) and asked where we were from, our names, the names of our blogs, and what we write about. How nice is that? She has such a positive energy to her. This was a really fun experience.

Dr. Ken is on ABC on Fridays at 8:30pm ET. It’s great for a laugh and really perfect on Friday nights when you’re ready to kick back. Follow on Facebook and Twitter and Instagram. Get the latest Dr. Ken scoop on their website!

Dr. Ken will be on tonight, Friday December 2 and I have a little peek at the episode, “D.K.’s New Girlfriend.”

When D.K. overhears Allison complain about him overstaying his welcome, he decides to move in with his girlfriend of three weeks. Meanwhile, Pat wants Dave to pretend he’s his adopted son; and Allison is convinced Molly wants to talk about something when she suggests they do a spa day, but the tables turn when Molly is the one doling out the advice

Below is a clip from this episode. Be sure to tune in tonight at 8:30ET!