As a Nintendo Ambassador I have received free product from Nintendo to facilitate this post. All thoughts and opinions are my own. My experience may differ from your own. You can read my full disclosure policy here. 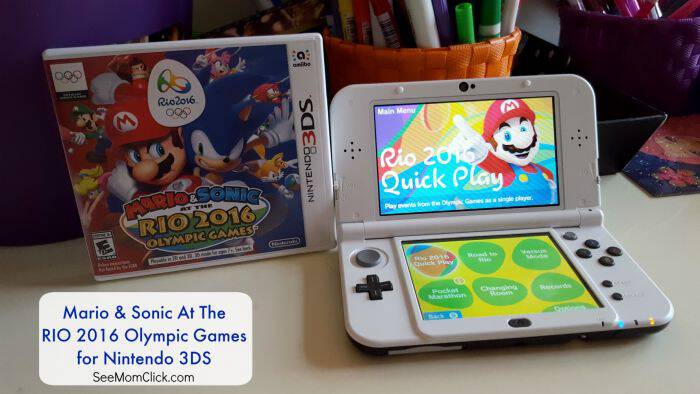 My whole family loves our Nintendo Wii U and as a Nintendo Ambassador I’m thrilled to be able to try out some of their newest games. They just released a new game for the Nintendo 3DS and so that I could share it with all of you, they sent me a Fire Emblem Fates 3DS and a copy of the game, Mario & Sonic at the Rio 2016 Olympic Games. My kids are LOVING this and I have some screenshots and video to share with you below. 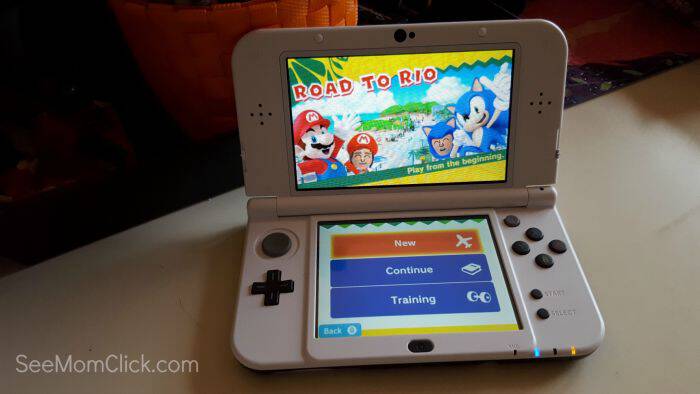 Mario & Sonic at the Rio 2016 Olympic Games is for a 3DS, and it allows you to simulate being in the Olympics this summer in Rio de Janeiro! Of course your competition is familiar: characters from the Super Mario Bros. and Sonic the Hedgehog universes.

Use the option in the screen above to train your character before you’re ready to compete. Mario and Sonic both have a gym to work out your Mii character and buff them up for the main events! 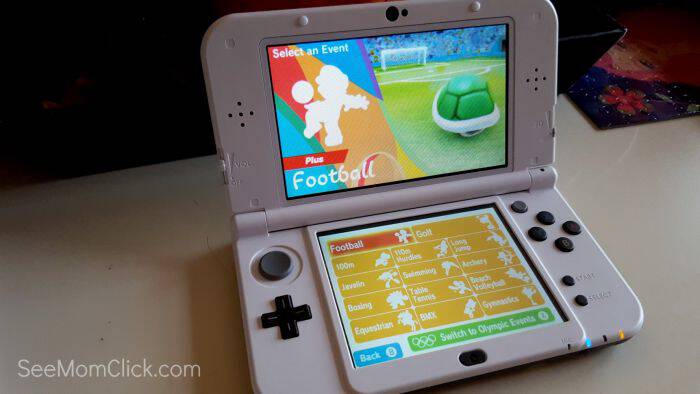 Once you’re ready to hit the games, there are 14 exciting events to choose from. My daughter is a soccer player so she loves the Football game (more on how she discovered why it’s called Football in the video below!) and I have a lot of fun with the Beach Volleyball game.

There’s really something here for everyone and the instructions for each game are simple to follow. After playing just once or twice my kids had it down pat.

When you select your character to play with, you’ll be shown a graph of their strengths and weaknesses. Mario is all all around average guy as you can see above.  😉  Some of them are faster, have more stamina, or have better skills, so you can keep that in mind for each event.

There’s a stylus tucked inside of the 3DS that some games require. It seems like most of the ones my kids like to play just use the buttons and keypad. This is the long jump and you can see Bowser flying through the air!

Boxing is a fun one, too!

You can kind of see on the screen that different buttons make your character throw out different kinds of punches. Should I be concerned that my daughter is getting so good at this?

One of the things I really like about this game is that not only is it entertaining for the kids (really perfect when we’re traveling) but it’s also getting them excited about the upcoming Olympics. They’re going to be looking for some of these events now and since I have always enjoyed the Olympics, I’m excited to share that with them this year, too!

Find Mario & Sonic at the Rio 2016 Olympic Games here to play with your kids! You can see what else is new from Nintendo on their website and by following along on Facebook and Twitter!